FILTER Magazine’s Culture Collide is a four day international festival welcoming artists from 25 different countries. They bring their unique perspectives on music and culture to LA for a musical melting pot of live performances. Four days of incredible music, art, film and more.

Culture Collide brings talent from all over the world to be enjoyed alongside your favorite US artists and hopes the visitor will discover a favorite next band every night. The Dutch are present once again with three amazing bands: Birth of Joy, Jacco Gardner and Bombay Show Pig. 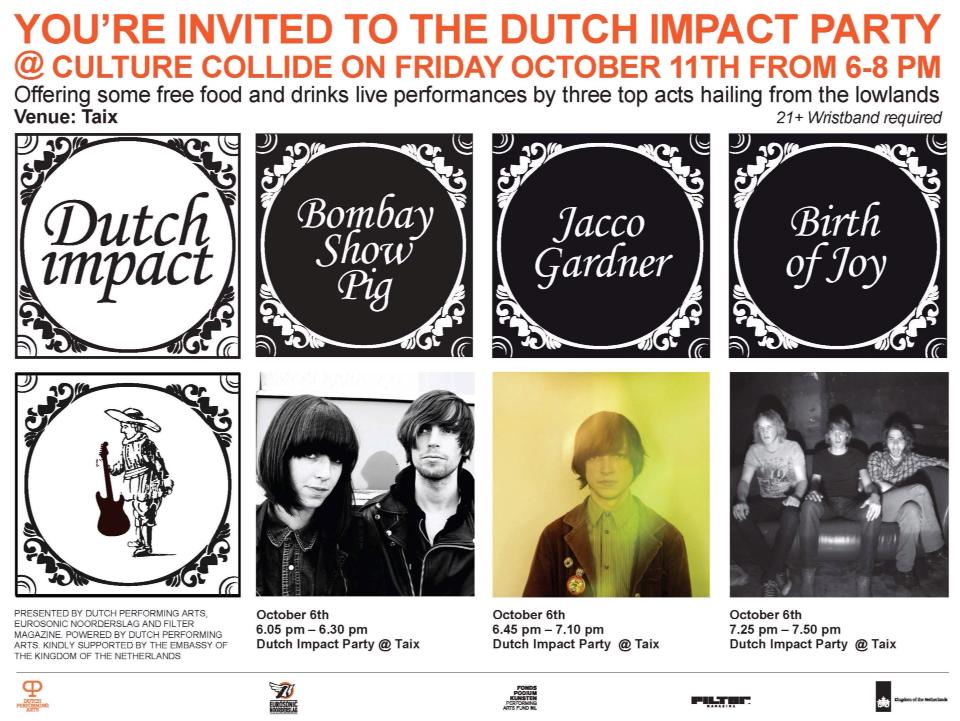 This year, for the first time ever, at Culture Collide CMJ, cultures will converge at the Knitting Factory in Brooklyn, NY. During five nonstop days and nights the CMJ Music Marathon organizes the world’s most important platform for the discovery of new music, with over 1,400 artist performances. CMJ fills more than 80 of the city’s greatest venues, nightclubs and theaters with over 120,000 fans, music industry professionals, college radio tastemakers, bloggers, press and musicians.

If you missed out on Birth of Joy, Jacco Gardner and Bombay Show Pig in LA October 11, get ready for a second chance. At October 17 and 18 four Dutch bands will be presenting their talent at Culture Collide CMJ. As a special treat Traumahelikopter will be flying in as well. 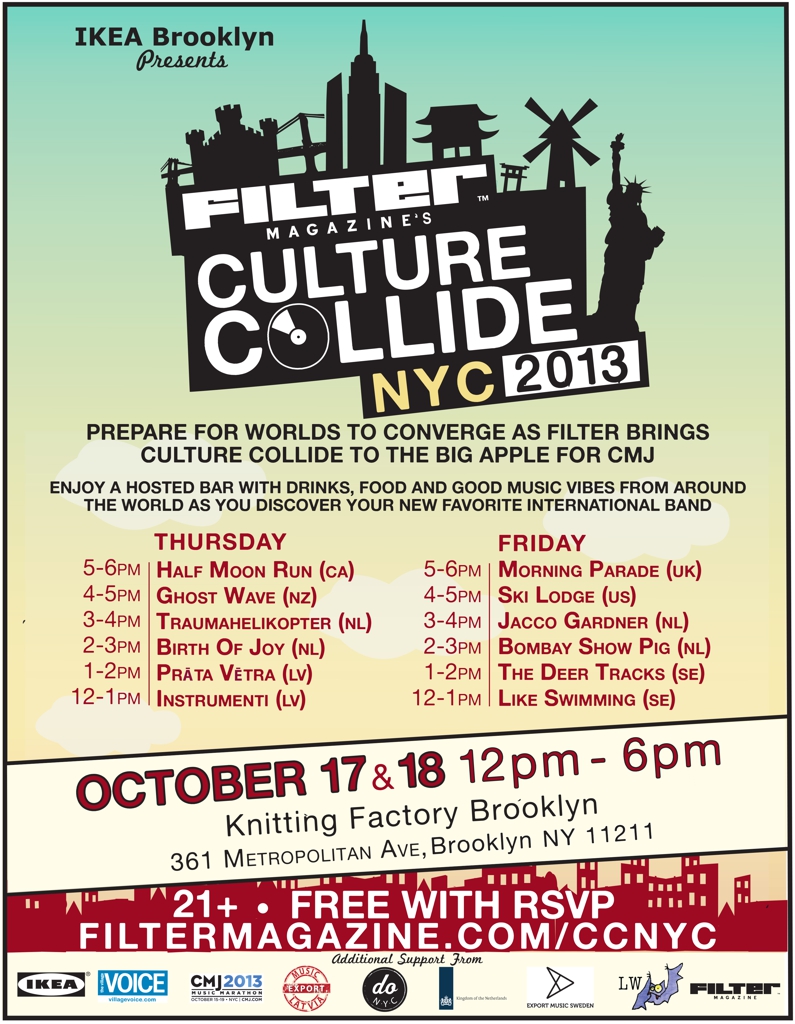 For more information on the artists check out: