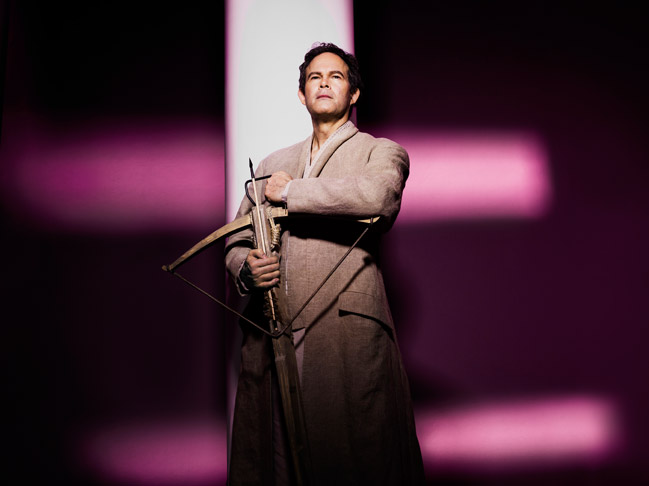 From October 18 until November 12, Dutch National Opera co-produces “Guillaume Tell” at the Metropolitan Opera. Rossini’s epic telling of the William Tell fable returns to the Met stage after an absence of more than 80 years, in a new production by Pierre Audi, artistic director of the Dutch National Opera since 1988. Gerald Finley sings one of his signature roles as Tell, the revolutionary on a quest for freedom. Marina Rebeka is Mathilde and Bryan Hymel is her suitor, Arnold. Fabio Luisi conducts Rossini’s final, crowning operatic achievement. Watch a preview of Guillaume Tell including an interview with Pierre Audi here. Tickets are already on sale and you can buy them here.

De Nationale Opera, produces and presents both traditional and innovative opera productions of the highest quality. As one of the largest cultural organisations in the Netherlands, The Dutch National Opera brings all aspects of the opera world’s artistry, technique and craftsmanship together in its own specialised workshops and rehearsal rooms.

Pierre Audi (1957) grew up in Beirut, Lebanon and Paris, France. At the age of seventeen he moved to the United Kingdom, where he studied history at the University of Oxford. During his last year at Oxford he directed Shakespeare’s Timon of Athens. In 1979, he founded the Almeida Theatre in London, which developed into an important place for contemporary music theatre. Audi was to lead Almeida for almost ten years, and there played host to several prominent guest directors. Audi became director of De Nederlandse Opera in 1988. As of 1 January 2013 he has become Director of Dutch National Opera. In the twenty-five years of his leadership of Dutch National Opera and its forerunner, De Nederlandse Opera, he is credited with giving the Netherlands its own opera tradition. His combined vision and audacity have earned him respect, both in the Netherlands and far beyond its borders, as both the Director of Dutch National Opera and as a stage director.

As Director of Dutch National Opera, Audi has been responsible for the programming of approximately 180 new productions, which were generally characterised by their provocative and unique signature. Since he took office at Dutch National Opera, he has premiered twenty new operas. Audi established his reputation and garnered international responses with, among others, the Monteverdi cycle, the Mozart cycle, and particularly with Wagner’s Der Ring des Nibelungen, a production that, thanks to him, was seen in its entirety for the first time in the Netherlands. He gave the Baroque repertoire special attention. During the years at Dutch National Opera he managed to engage many prominent artists (including Karel Appel, George Baselitz, and Anish Kapoor), composers (Alfred Schnittke, Wolfgang Rihm, Manfred Trojahn, Louis Andriessen, Rob Zuidam, and Michel van der Aa), conductors (Mstislav Rostropovich, Sir Simon Rattle, Ivor Bolton, and Marc Albrecht) and stage directors (among others Klaus Michael Gruber, Willy Decker, Peter Sellars, and Simon McBurney).