May 14-21, Together Boston will take place with three Dutch representatives

May 14-21, Together Boston will take place with three Dutch representatives. First, DJ duo Detroit Swindle will perform at the festival on May 19 at Middle East Restaurant and Nightclub. Second, students from Fontys Acadamy for Creative Industries (Fontys ACI) in Tilburg (the Netherlands) have done research about the future of the club culture. As the outcome three students will travel to Together Boston to pitch their concept and to make a documentary. Third, on May 20th, Mmmmaven presents the Together 2017 Record Fair that is hosted by Beautiful Swimmers and Martyn.

Before Together Boston, Detroit Swindle will perform at the club Schimanski in New York City on May 18.

The Dutch duo of Detroit Swindle (Lars and Maarten) are busy busy bees. Not content with just making awesome underground sounds, they have club nights, remixing the likes of Daft Punk or Chet Faker, and running their own label: Heist. They work hard to give Heist that unique edge with the artists they work with, the artwork they put forward and the special projects they have. Of course, Detroit Swindle have been playing live shows right from the get go, and have expanded their setup ever since. Currently, they’re touring with an extensive setup of analogue and digital instruments and perform their own music, unexpected covers and improvise on the spot. 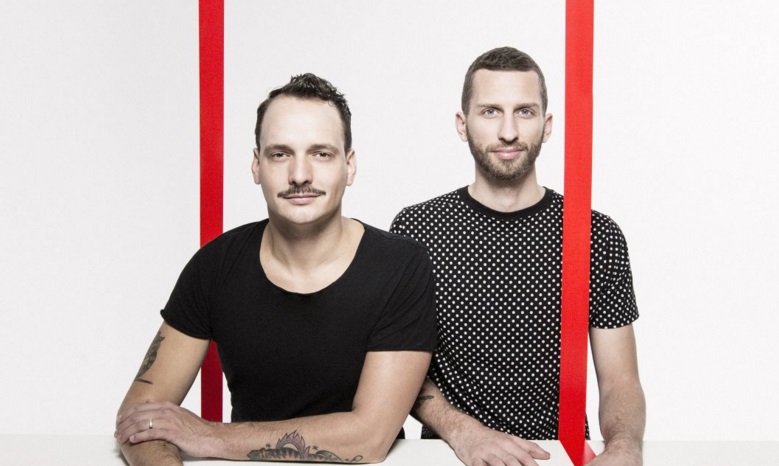 The research concerns a collaboration between Fontys ACI’s minor Dance Industry, Together Boston and DIT (Do It Together) in Eindhoven. The two festivals stand in character of arts and technology in the day time and electronic music at night. These two line-up’s will take place in May this year.

Innovation is a key player in the program of both festivals. From there the need for more information about upcoming trends in the future of club culture arose. This information can help the indoor clubs and party life which are under heavy pressure from the festival market and needs, according to the clients, new impulses.

Throughout the many layers of his winding journey in electronic music, Holland native (now Washington, D.C. resident) Martijn Deijkers, aka Martyn, has always stood in a genreless scene of his own. Though his influences are wide-ranging, Martyn’s music is deeply inspired by the futuristic and melodic aspects of Detroit and Chicago. His rhythmically diverse sound floats across Drum ‘n’ Bass, Dubstep and various strains of Bass music, just as smoothly as it traverses House and Techno, and encompasses abstract ambient soundscapes. Based on musicality and energy in equal parts, Martyn’s layered tracks are a rapt exploration of melancholy, futurism and dancefloor hypnotism.

Together Boston is an annual music festival based in Massachusetts that was first held in February, 2010. Its primary focus is to emphasize the unity of music, art and technology and their propagation in the city of Boston. Through a week-long series of educational and professional discussions, demonstrations, installations, screenings and performances at venues around the Boston/Cambridge area, Together Boston attracts thousands of people every year, and has increased its attendance every year as a primary New England area music festival.

Through a week-long series of educational and professional discussion panels, art installations, film screenings, and musical performances at venues around the Boston/Cambridge area, Together Boston attracts tens of thousands each May. Although historically based in Boston, the festival has found its footing across the Charles River in Central Square, Cambridge, Massachusetts.