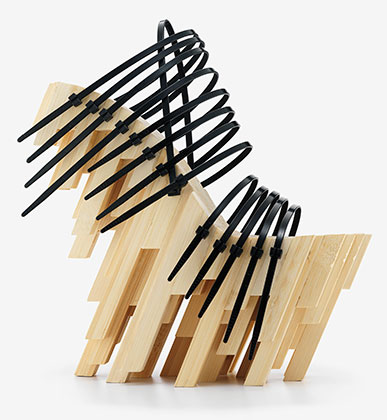 The Brooklyn Museum presents Killer Heels, a survey exhibition exploring fashion’s most provocative accessory, including work by a.o. Winde Rienstra, Rem D. Koolhaas / United Nude, and Iris van Herpen. From the high platform chopines of sixteenth-century Italy to the glamorous stilettos on today’s runways and red carpets, the exhibition looks at the high-heeled shoe’s rich and varied history and its enduring place in our popular imagination.The exhibition will be on view from September 10, 2014 until February 15, 2015. It opens to the public at 2 p.m. on September 10.

As fashion statement, fetish object, instrument of power, and outlet of artistic expression for both the designer and the wearer, throughout the ages the high-heeled shoe has gone through many shifts in style and symbolism. Deadly sharp stilettos, architecturally inspired wedges and platforms, and a number of artfully crafted shoes that defy categorization are featured among the more than 160 historical and contemporary heels on loan from designers, from the renowned Brooklyn Museum costume collection housed at the Metropolitan Museum of Art, and from the Bata Shoe Museum. Designers and design houses represented in Killer Heels include Manolo Blahnik, Chanel, Salvatore Ferragamo, Zaha Hadid X United Nude, Iris van Herpen X United Nude, Winde Hienstra, Christian Louboutin, Alexander McQueen, André Perugia, Prada, Elsa Schiaparelli, Noritaka Tatehana, Vivienne Westwood, and Pietro Yantorny.

Killer Heels: The Art of the High-Heeled Shoe is organized by Lisa Small, Curator of Exhibitions, Brooklyn Museum. A fully illustrated catalogue accompanies the exhibition.