Photoville Festival 2018 is returning to Brooklyn Bridge Plaza, New York, and will run from September 13th until the 23rd of September

The annual Photoville festival will return for its seventh year in Brooklyn Bridge Plaza and features many talented Dutch artists. From September 13th until September 23rd, guests will be able to enjoy an immersive and interactive photography village right under the Brooklyn Bridge with over 65 shipping containers that have been re-purposed into photo galleries.

Dutch artist Andrea Stultiens started a research project after observing that there are significant differences between the words used for “photograph” in Luganda and in English. Stultiens found that “Ekifananyi” is the Luganda word that is used to signify a photograph, but it is derived from the verb “kufanana,” meaning to be similar to. Thus, Stultiens started to investigate the implications of this particular conceptualization of photographs, which led to a series of eight books titled, “Ebifananyi” (the plural of ekifananyi). In presentations of historical photographs from Africa, Uganda was—until recently—only mentioned in relation to photographs produced by non-Ugandans or members of the Ugandan diaspora. The first three books in the Ebifananyi series change this status quo by presenting photographs produced by Deo Kyakulagira (1940-2000), Musa Katuramu (1916-1983), and Elly Rwakoma (ca.1938). The photographic legacy of these men is activated in collaborations with family members and, in the case of Rwakoma, himself. Curator Andrea Stultiens and Ugandan artist Canon Griffin responded to the historical photographs in pictures and films. 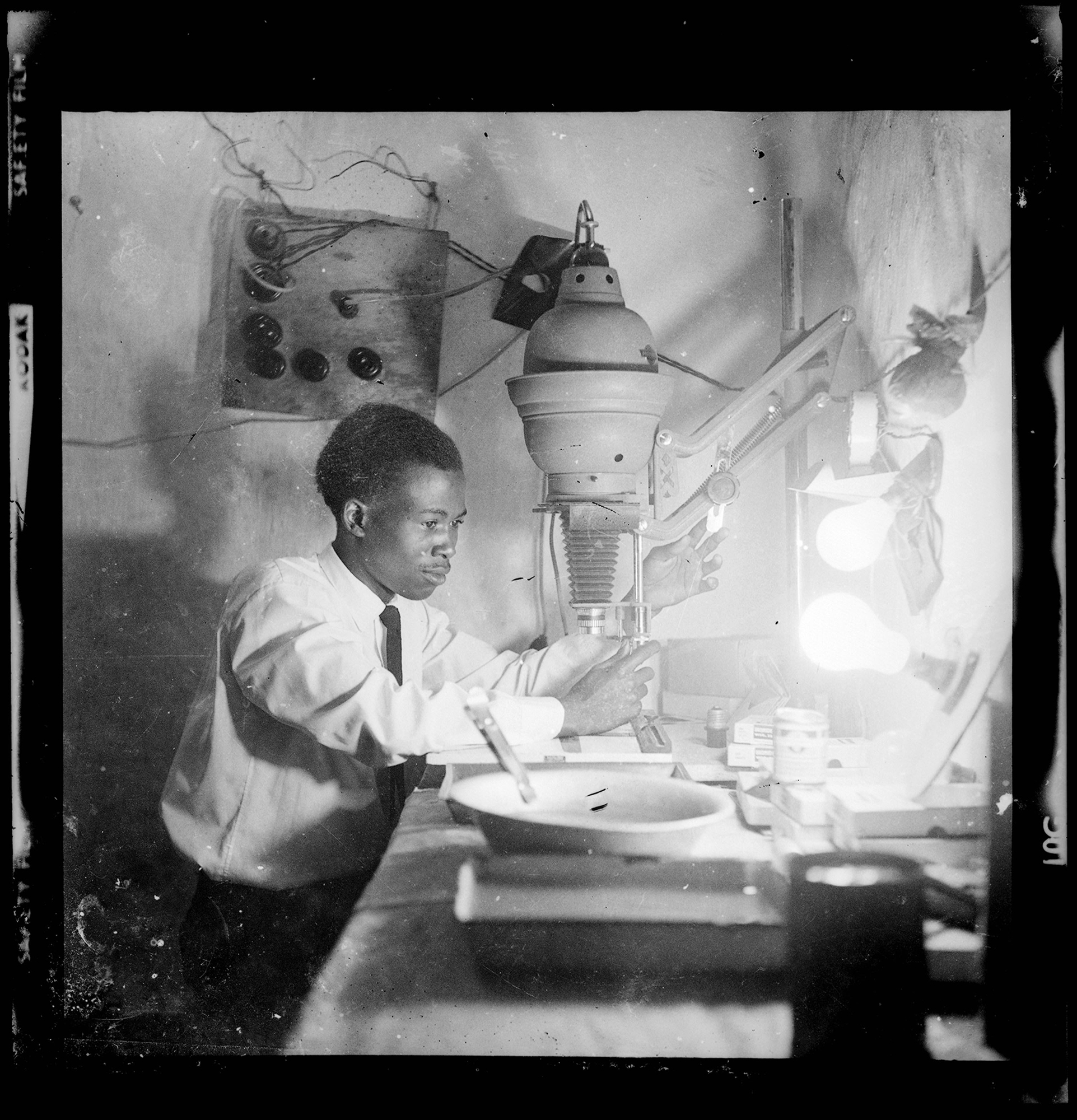 Stultiens’ artistic practice deals with photographs in relation to understandings of the presentations of histories. Since 2007, she mainly works with photographs made on the African continent. She thinks of her artistic and research practice as a non-hierarchical collective making that is necessary to explore photographic imagery in complex and potentially problematic post-colonial settings.

Since 2002, Stultiens has been teaching at Minerva Art Academy / Hanze University of Applied Sciences in Groningen, the Netherlands. Since 2013, she has been involved in the research department of the university, where she focuses on the use of photographs in artistic practices, with an emphasis on intercultural and interdisciplinary contexts. Stultiens has won several awards, among others, the Steenbergen Stipendium 1998, Bouw in Beeld Prijs 2009, GiDi Photo Art Award 2012. She exhibits and publishes internationally, with a focus on Uganda and the Netherlands. 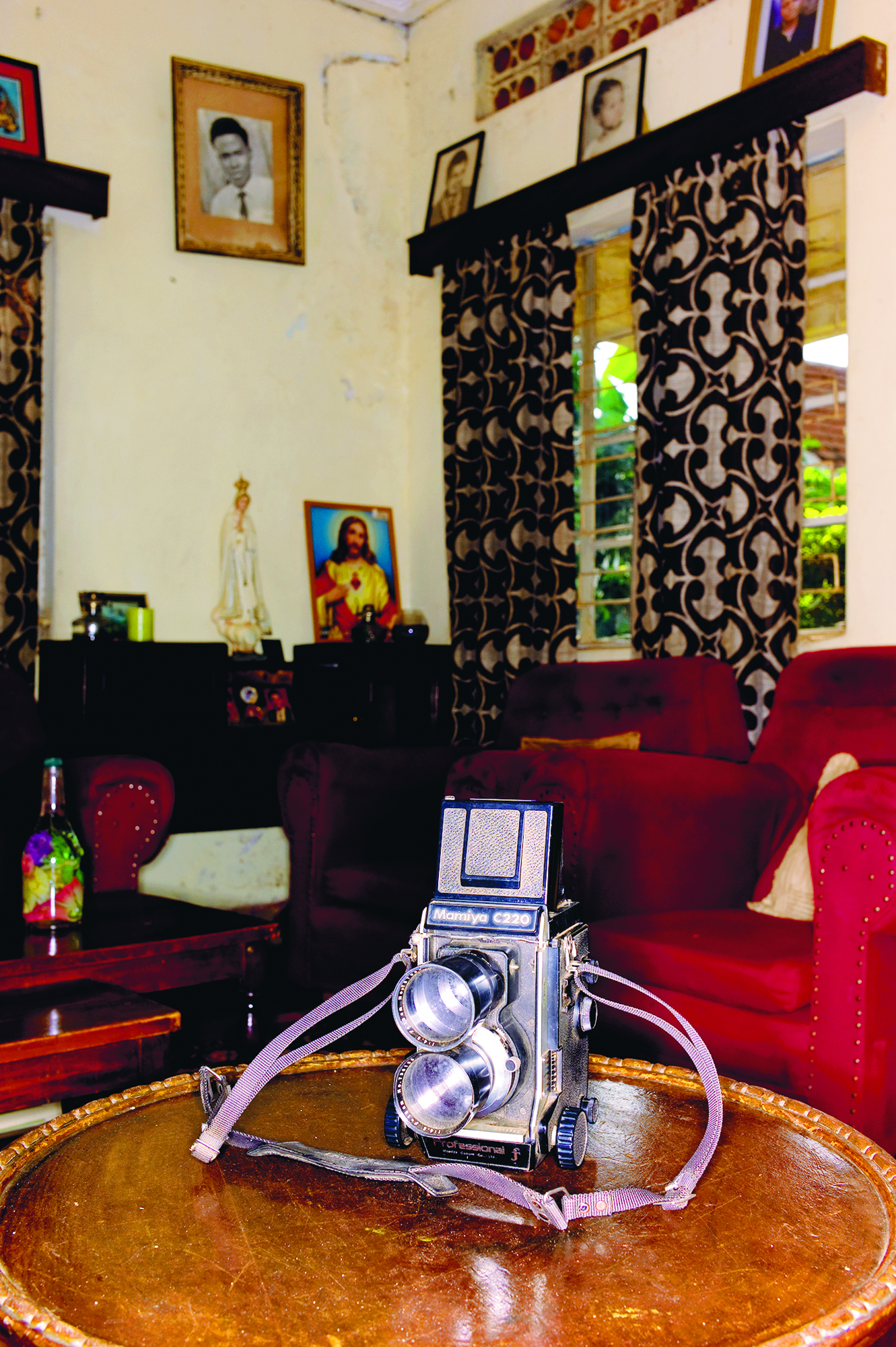 HIPUganda is the name of the platform Andrea Stultiens and Canon Griffin initiated in 2011. They try to locate collections of photographs in Uganda, digitize them, and make them available on social media, in exhibitions, and in publications. By doing this They try to engage wide general audiences while crowdsourcing information with the photographs. Some of the collections become part of Stultiens’ artistic practice in which she works with Ugandan artists to explore historical and present-day values and uses of the digitized photographs. 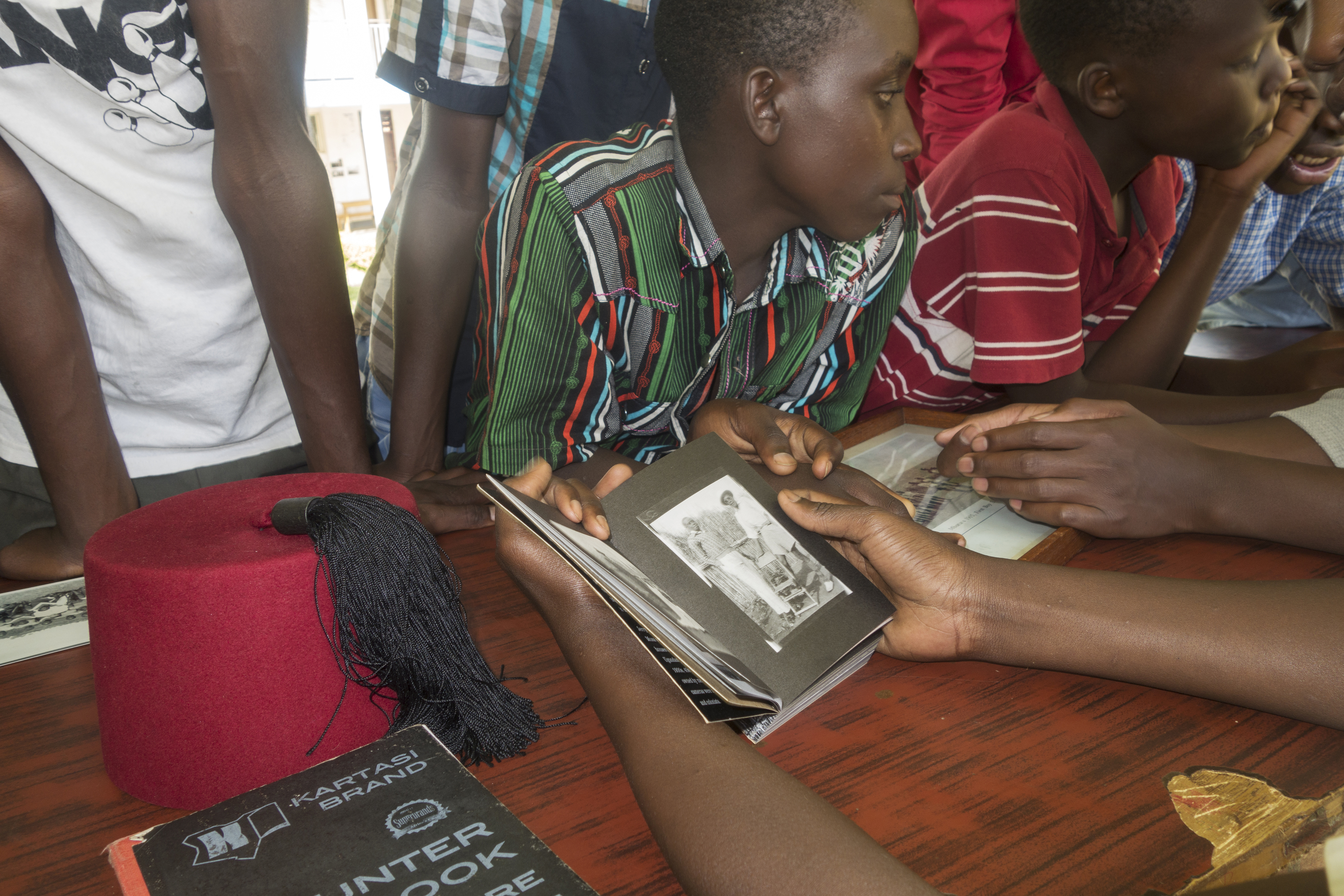 Who are these drag queens? Who is the man behind the spectacular female display? How does one person become another one? And how does the other person relate to his own individual?

In order to get closer to drag queens’ identity beyond the exhibitionist extravaganza, “KINGS & QUEENS” presents intimate portraits of fierce drag queens accompanied by their male half.

These portraits tell stories about gender, love, identity, sexual transcendence and even about the nature of man him—or her—self.

In this series, Hendrickx was struck by the art of drag. For him, drag means the becoming of another person; another character that resides inside oneself. How does someone like that relate to his own individual? Hendrickx found a specific way of portraying both persons in the same image, thereby showing how two characters, wrapped up in the same body, are intertwined.

For more information on “KINGS & QUEENS,” check out the offical Instagram here or search #kingsqueensofficial. 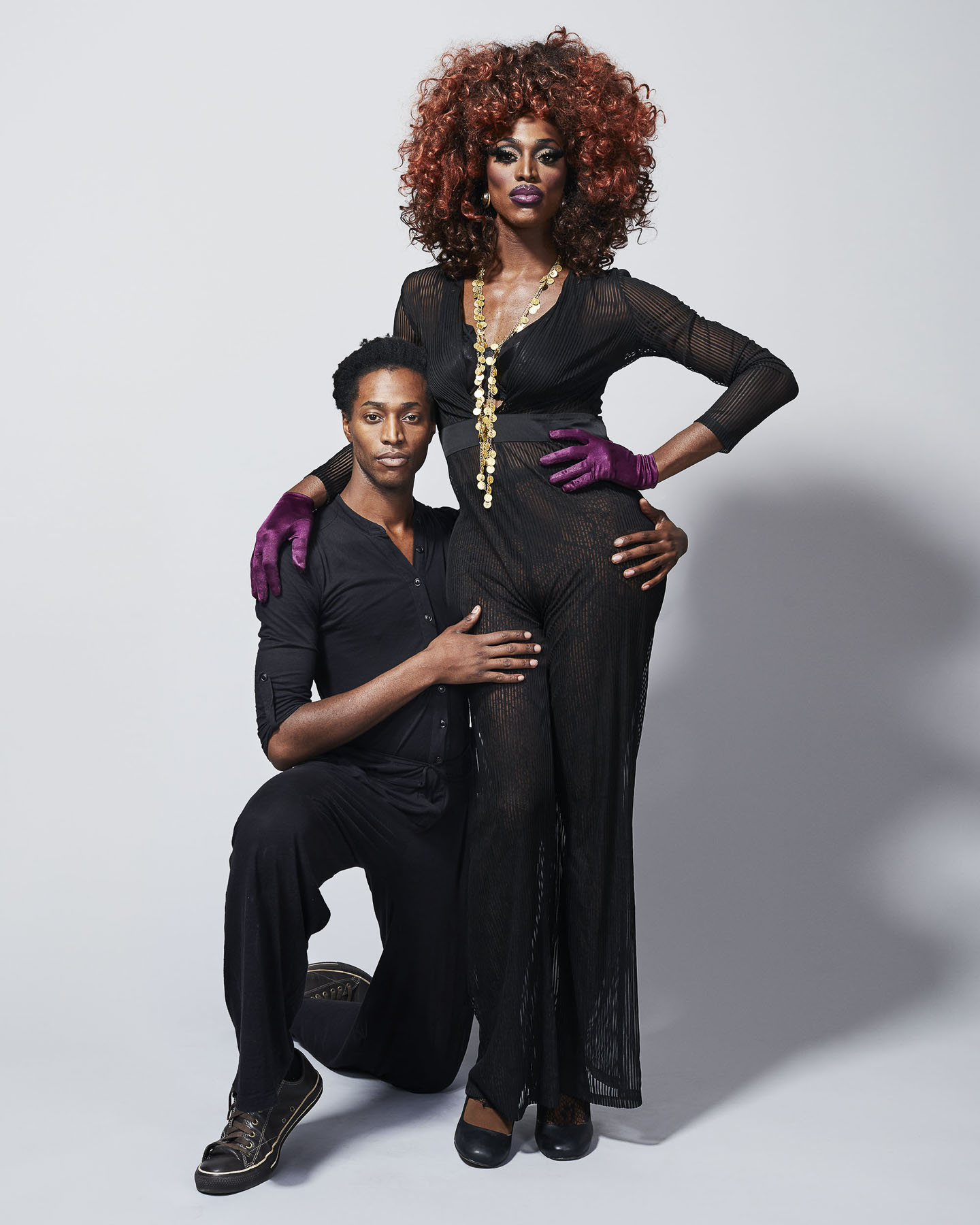 Léon Hendrickx is an Amsterdam-based artist and photographer. He started his photographic career as a university scholar, absorbing the theories of visual arts and photography at the University of Leiden and at the Rijks Academy in The Hague. In the meantime, he was taught the trade while working as an assistant to the artists and photographers of the Dutch fashion and advertising industry. This is where Hendrickx developed his interest and skills for the technical possibilities of photography and how he was able to utilize the technology to make his dreams visually seem real.

On the topic of visual imagination, for Hendrickx, the possibilities seem endless. Being intrigued by the extraordinary, the bizarre and strange, yet fantastic, he is determined and exhaustive about the idea of ‘realness’ of his subjects. He wants to make sure that the viewer believes what he creates, whether what’s depicted is real or not. When this condition in his work is met, Hendrickx can get away with everything, which, of course, is wonderful. 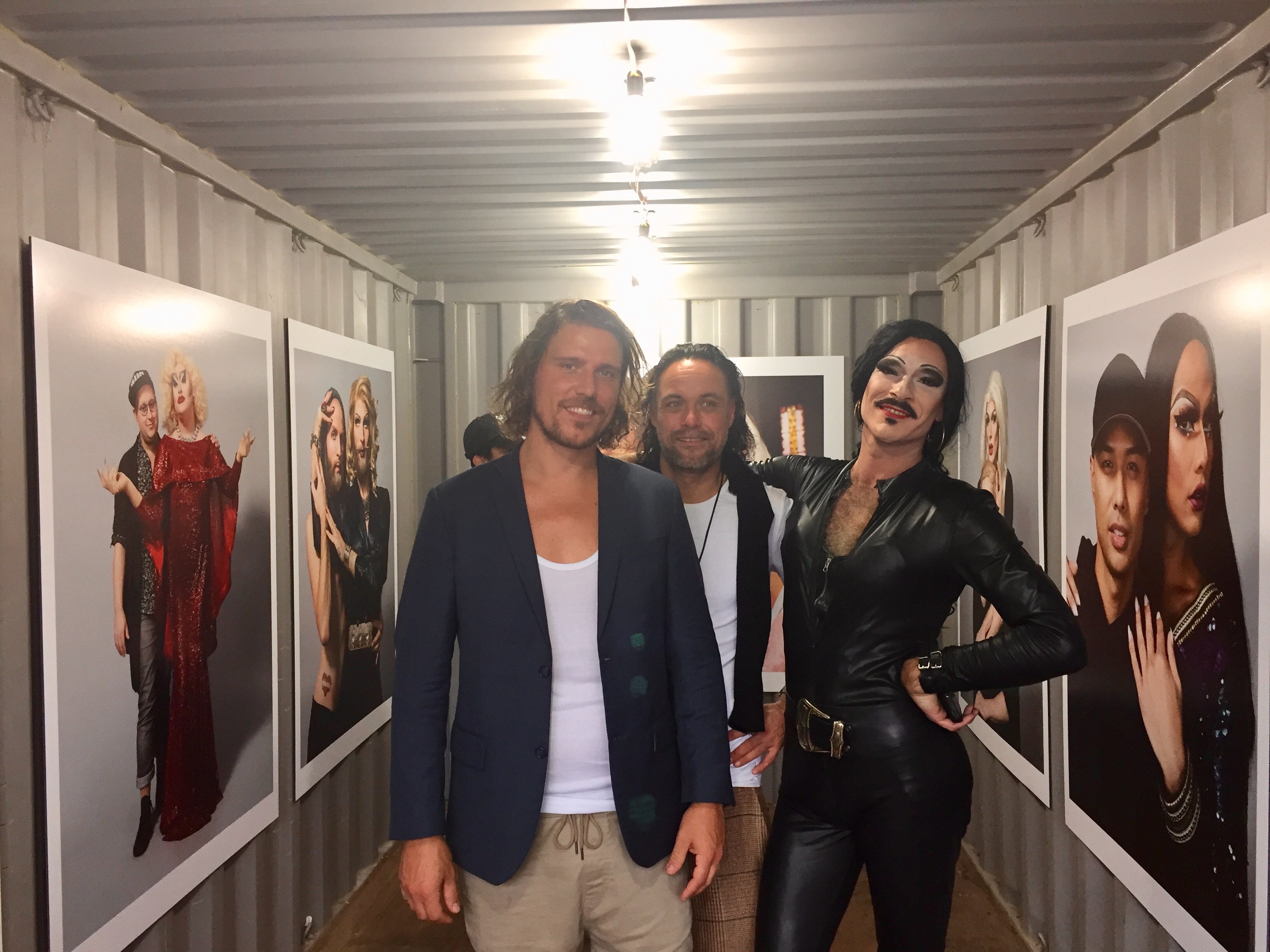 In “Voyage à Dakar” Dutch photographer Judith Quax and her Dutch-Senegalese son, Noah, travel over land in the opposite direction of the migratory flow from Amsterdam to Dakar in Senegal: the land of Noah’s father and his Senegalese family.

Judith and Noah stay with Senegalese friends and family along the way, migrants who have made the crossing to Europe and had to leave their family and loved ones behind. Each leave something of themselves in the car: baggage for their families in Senegal, and stories full of desire and hope of reunions.

“I dreamed about Senegal, Mama, so I can show you the way,” says Noah an hour after their departure from Amsterdam. Guiding the way is his responsibility, something to hold on to during the journey. They surrender to being on the road, to the endless emptiness of the desert landscape that passes by.

For Noah, his different identities merge seamlessly. While he can travel the world freely with his mother, his father and other Senegalese family members are tied to one place through lack of passports or residency documents. For Noah there are no hard borders; concepts like cities, countries, and continents flow into one another. 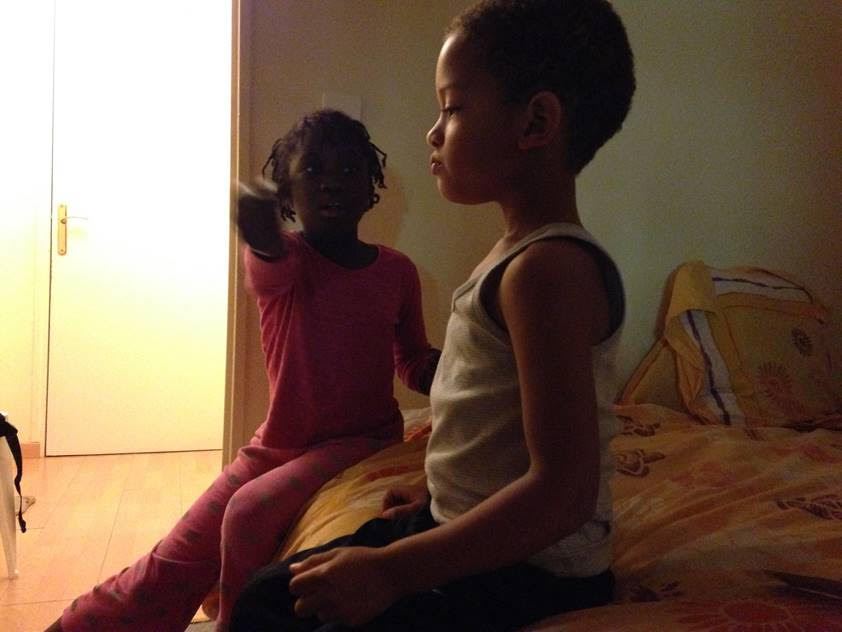 Through the medium of photography, video, and installations, the work of Judith Quax explores the dynamic between ‘here’ and ‘there’. In her work, she visualizes how people move through their nomadic lives and relate to their changing surroundings. The contrast between memories of the past and one’s present realities plays a fundamental role in this.

Since 2007, she has been researching and photographing migration from Senegal to Europe. Her personal life has been strongly influenced by migration: the father of her son is Senegalese. He lives in New York and the majority of her family-in-law live in Dakar. She is increasingly infusing her work with her own life, so too in “Voyage à Dakar”.

Quax holds a master’s degree in Communications, with a specialization in Culture & Identity. Her work has been exhibited internationally at the Dakar Biennale, Galerie Atiss, and Raw Material in Senegal, Lagos Photo in Nigeria, Cape Town Biennale in South Africa, and EYE Film Institute in Amsterdam, the Netherlands. Her work has been published in “Nka Journal” and “African Arts”. In 2014, she published “Presence in Absence”. 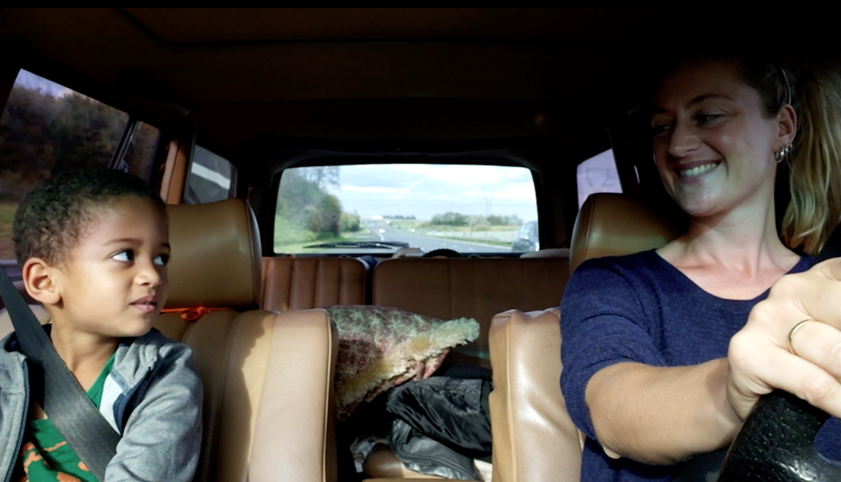 Union of Concerned Photographers was an initiative started by WeTransfer by bringing together world-renowned photographers to highlight key issues in climate change. Through UCP WeTransfer engaged its more than 40 million active monthly users, and continuously encourage photographers and likeminded creatives to join the UCP by submitting their work via WeTransfer for a chance to be featured on the site.

Frans Lanting has been hailed as one of the great photographers of our time. His influential work appears in books, magazines, and exhibitions around the world. Born in Rotterdam, the Netherlands, he earned a master’s degree in economics, then moved to the United States to study environmental planning. Soon after, he began photographing the natural world–and never turned back.

Immersion and interactivity are at the heart of what makes Photoville such a successful and popular event, allowing it to become the largest annual photographic event in New York City and among the most-attended photographic events nationwide. Photoville’s sixth edition (2017) in Brooklyn Bridge Park, welcomed over 92,000 visitors.

Working with more than 100 curatorial partners, Photoville 2018 will exhibit work by over 600 visual artists each year. In addition, the festival offers nighttime projection programs, hands-on workshops, an education day for New York City middle and high-school students, panel discussions and talks presented next door at the New Dock School, tents with vendors, family-friendly photo activities, publishers and gear demonstrations, a community photo bookstore run by Red Hook Editions, tintype portraits by the Penumbra Foundation, and a beer garden with a range of food vendors by Smorgasburg and Brooklyn Brewery beers. Photoville is open to the public—all ages, dogs included—free of charge, making it unlike any other photo festival in the world.

Don’t miss this wonderful display of arts and culture! For directions to the Photoville festival check the link here. 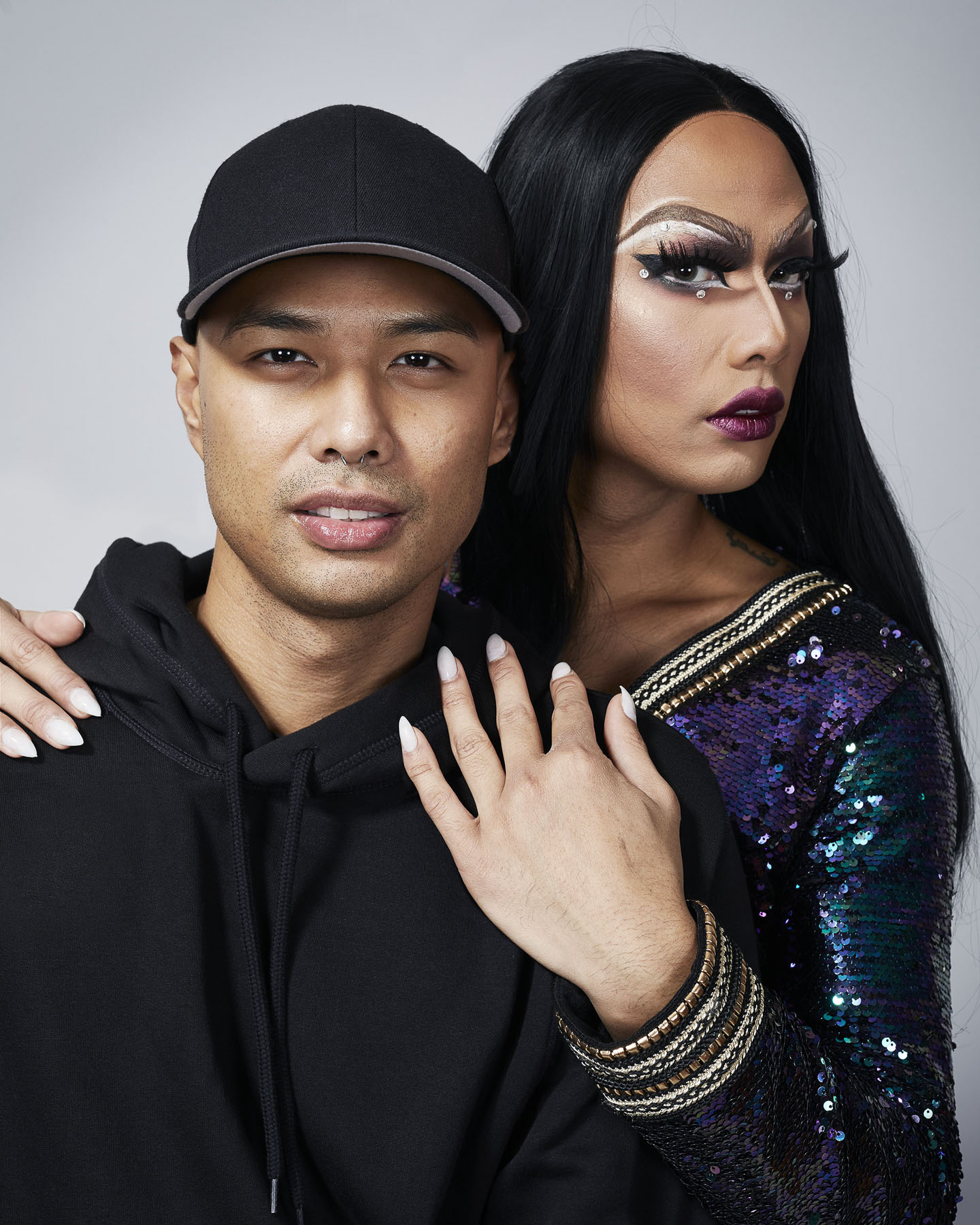