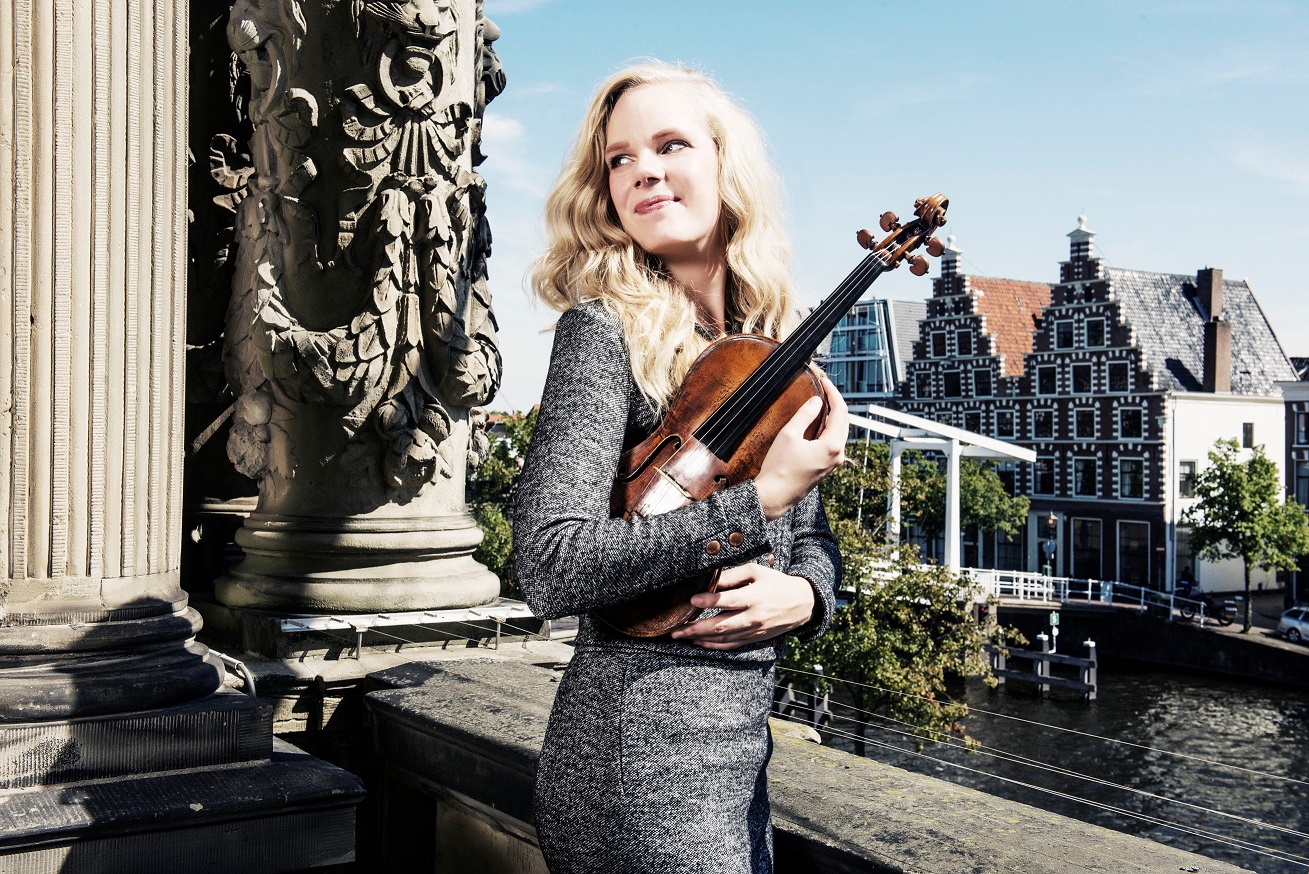 On August 15 & 16, The Cleveland Orchestra will play a double header at the Blossom Music Center, including a classical program with Dutch violinist Simone Lamsma, conducted by Oberlin Conservatory grad James Feddeckon Saturday at 8:00 pm, and a tribute to the British Invasion, ”The Beatles, The Rolling Stones, The Who, and more” on Sunday at 8:00 pm.

On Saturday, Simone Lamsma will play the ultra-popular Tchaikovsky concerto, and Feddeck will lead Carl Maria von Weber’s Overture to “Euryanthe,” and Jan Sibelius’s Symphony No. 5. The vocalists for the Sunday program include Storm Large & Shem von Schroeck, with conductor Michael Krejewski on the podium. Tickets here.

Hailed by critics and audiences around the world for her distinct voice, maturity, technical brilliance and heartfelt musicianship, Simone Lamsma has established herself as one of classical music’s most thrilling stars. Conductor Jaap van Zweden with whom Simone enjoys a regular collaboration, describes her as one of the leading violinists in the world.

The 2013/14 season marked Simone’s highly anticipated debut with the Chicago Symphony, which was described by the Chicago Tribune as “absolutely stunning”, and saw her making acclaimed debuts with the San Francisco Symphony, City of Birmingham Symphony, Finnish Radio Symphony as well as a “brilliant” last-minute stand-in with the Cleveland Orchestra under Vladimir Jurowski, described by the critics as “polished, expressive and intense”. Other highlights included a successful tour of China with the Hong Kong Philharmonic under Jaap van Zweden.

As one of the most successful Dutch soloists, Simone enjoys frequent collaborations with all major orchestras in the Netherlands, including the Royal Concertgebouw Orchestra, Rotterdam Philharmonic, Netherlands Radio Philharmonic and Amsterdam Sinfonietta.

Simone was awarded the national Dutch VSCD Classical Music Prize in the category ‘New Generation Musicians’ in 2010, awarded by the Association of Dutch Theatres and Concert Halls to artists that have made remarkable and valuable contributions to the Dutch classical music scene. In 2011 Simone was invited to perform during the Queen’s Day Concert, in the presence of HRH Queen Beatrix of The Netherlands – a concert that was broadcast nationally on Dutch television.

Also an active recitalist and chamber musician, she has performed in recital throughout Italy, UK, US, The Netherlands and during the Dvořák Prague Festival and the Sala Cecilia Series in Rio de Janeiro with Robert Kulek and Valentina Lisitsa as recital partners. Memorable chamber music project were among others the Verbier Festival at Schloss Elmau, where she performed with musicians as Martin Fröst, Lawrence Power, Denis Kozhukin and Jakob Koranyi, and the IJ-salon in Amsterdam with Emmanuel Ax and members of the Royal Concertgebouw OrchestraIn January 2015 Simone will be performing during the Winter Chamber Music Festival in Chicago, together with members of the Chicago Symphony Orchestra.

Simone began studying the violin at the age of 5 and moved to the UK aged 11 to study at the Yehudi Menuhin School with Professor Hu Kun. She continued her studies at the Royal Academy of Music in London with Professor Hu Kun and Professor Maurice Hasson, where she graduated with first class honours and several prestigious awards. In 2011, she was made an Associate of the RAM, an honour given to those students who have made significant and distinguished contributions to their field.

Simone plays the “Mlynarski” Stradivarius (1718), on generous loan to her by an anonymous benefactor.