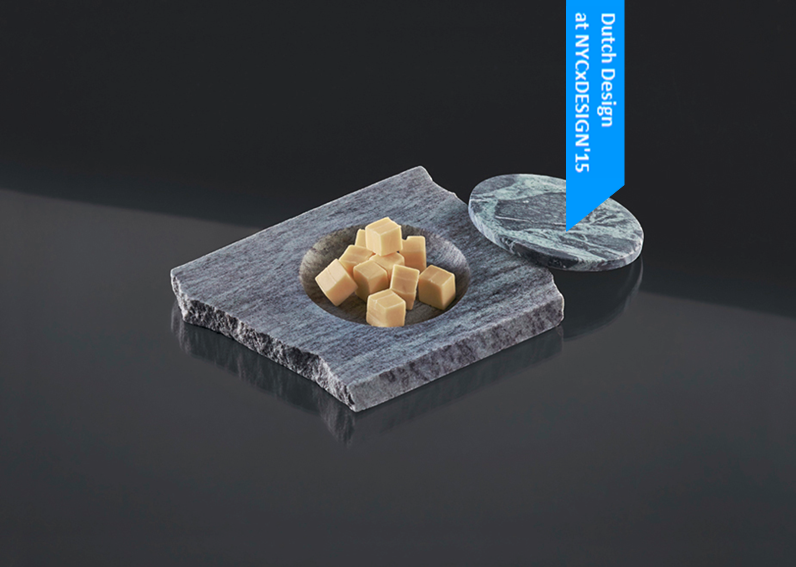 For the occasion of NYCxDESIGN 2015, Earnest Studio has been invited by Colony to exhibit a collection of new and recent work from May 14-20

Earnest Studio is a design office based in Rotterdam that focuses on research of traditional and industrial production methods while exploring themes of materiality and modularity. These themes are applied to a spectrum of work—ranging from theory to serial productions—and share a common fascination: simple structures which create flexibility and multiplicity with a forthright attitude towards material.

Earnest studio comprises American designer Rachel Griffin. Her work involves in-depth research of traditional and industrial production methods while looking for innovative ways to explore themes of materiality, modularity and transparency of construction. The studio works on a combination of self-initiated projects and industry collaborations.

The work of Earnest Studio has been exhibited at the Triennale Design Museum, the Taiwan Design Museum, the Museum of Architecture and Design in Ljubljana, the Fuori Salone in Milan and Dutch Design Week in Eindhoven, among other international venues. Earnest Studio was nominated in 2012 and 2013 for the [D3] Design Talents award at IMM Cologne, and in 2014 was a finalist for the AD & MONOQI Design Award and the Simon Mari Pruys Prize for design criticism.

For the occasion of NYCxDESIGN 2015, Earnest Studio has been invited by Colony, the Designer’s Co-op, to exhibit a collection of new and recent work. Founded and curated by Jean Lin, Colony is a community of independent furniture, lighting, textile and product designers coming together on a New York city stage to celebrate independent design with an international audience.

During NYCxDESIGN Earnest Studio will mount an individual presentation of brand new prototypes and recent serial productions. The selection of self-produced lighting and accessories is directed towards Colony’s main audience and clientele: architects and interior designers. This presentation is part of a larger event which includes new collections from Colony’s line up of independent designers including Allied Maker, Kai Williams, Earnest Studio, Hiroko Takeda, Meg Callahan, Moving Mountains, Token, Vonnegut/Kraft.

From Jean Lin: “Earnest Studio is notable in its aesthetic exploration of materials and simple, graphic forms. The studio’s work first caught the eye of Colony curator Jean Lin in 2013 at the Milan Salone and she has been following their work since. Colony enthusiastically invites Earnest Studio into its line up for NY Design Week as a fresh and unmatched blend of American and Dutch sensibilities.”

The international market for self-produced products has steadily grown as designers explore new, unconventional means of manufacturing and distribution. As a Netherlands-based studio, Earnest Studio utilises the strengths of small-scale Dutch manufacturing to produce products that are distributed to retailers, galleries, interior designers and private customers across Europe.

It is their goal to continue to build their market abroad. In their experience, it is through presenting at internationally recognized fairs such as NYCxDESIGN that the reputation can expand. New York represents a large, new audience; exhibiting there will allow them to develop their international reputation and network. Furthermore, exhibiting at Colony represents a unique opportunity to benefit from a network of clientele that has been established by Jean Lin and the Co-op designers, increasing opportunities for Earnest Studio in the United States.