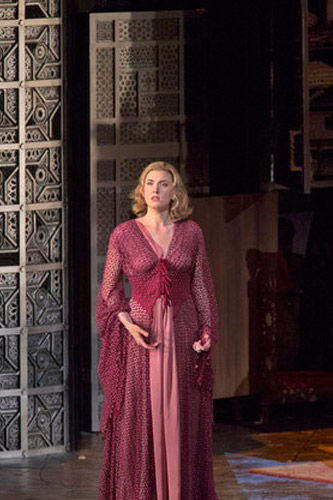 Richard Eyre’s season-opening new production of Mozart’s eternal masterpiece is set in an 18th-century manor house in Seville during the 1930s. Erwin Schrott in the title role leads a stellar cast that also includes Mariusz Kwiecien as the Count and Danielle de Niese as Susanna, along with Met debutantes Rachel Willis-Sørensen as the Countess and Serena Malfi as Cherubino. Edo de Waart conducts.