From October 8 until November 5, the William Holman Gallery in Salt Point, NY, will feature Eight Works by Ewerdt Hilgemann

From October 8 until November 5, an inaugural exhibition at the new location of the William Holman Gallery in Salt Point, NY, will feature Eight Works by Ewerdt Hilgemann. The solo installation of the Amsterdam based artist includes four large works in a spectacular landscape setting and a group of four smaller works in the new gallery space. All works are sculptures of stainless steel made with the artists ‘Implosions’ technique. The term ‘implosion sculptures’ refers to the specific technique that Ewerdt Hilgemann invented involving the use of a vacuum process, which ‘implodes’ geometric shapes of stainless steel, causing the material to bend, collapse and literally implode, according to the natural laws of physics. This method is the result of three decades of material experiments with steel volumes and gauges, carefully welded by hand, and more recently by factory robotics. The scale and weight of the works, twisted by their own energy are the reflection of Hilgemann’s fascination for the inward spiral of energy and the mystery of very solid metal, which he conceives and molds into the ultimate beauty of creation. Hilgemann developed his method in the early 1980s after experimenting with white wooden wall pieces that captured light, influenced by the ZERO movement, a German artists group,active in the late 1950s and 60s whose artistic practice was significantly devoted to the exploration of new materials. Hilgemann’s process begins by fabricating perfect, geometrically pure steel forms, of either stainless steel or more recently Corten steel. The forms are welded and often polished to a satin or high gloss finish. Using a vacuum pump, Hilgemann then draws air out of the steel forms, creating an internal atmospheric pressure that collapses the steel into lyrical, dancing shapes. The resulting sculptures are a combination of careful planning and chance, possessing unique and unexpected qualities of random twists and creases, rendering steel into surprisingly delicate sculptural forms. 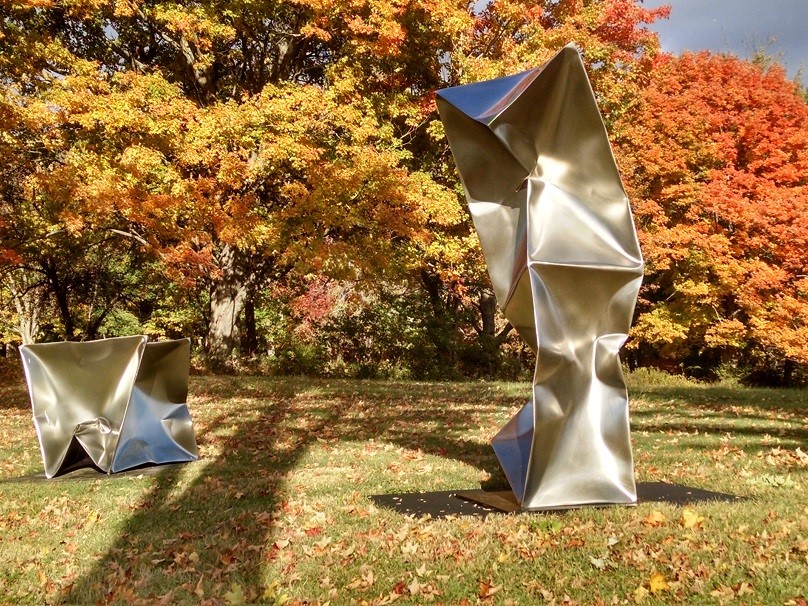 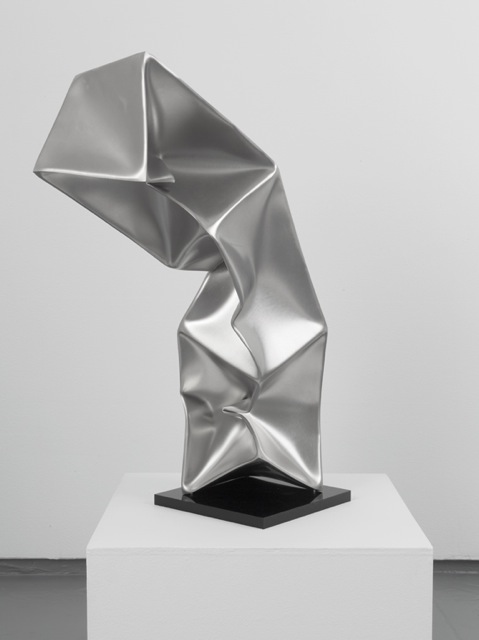 Ewerdt Hilgemann (1938) was born in Witten, Germany and after briefly studying at the Westfälische Wilhelms-University in Münster, he attended Werkkunstschule and the University of Saarland in Saarbrücken. In the 1960’s he had residencies at Kätelhöhn Printers in Wamel, Asterstein in Koblenz and Halfmannshof in Gelsenkirchen, Western Germany, and started to exhibit his work across Europe before moving to Gorinchem, The Netherlands; and has had public installations from Busan, Korea to the City of West Hollywood, CA. Since 1984 the artist lives and works in Amsterdam.

About the William Holman Gallery

Founded in 2012, the William Holman Gallery exhibits an international array of contemporary artists working in painting, drawing, sculpture, new media and installation. the William Holman Gallery presents solo and group shows that allow for an extensive examination of the breadth of each artist’s visions, as well as scholarly curated group shows. The roster emphasizes extensive educational training, and a life-long dedication to their artistic craft. Smaller works are on exhibit in the Riverside Drive location. Larger works and sited outdoor sculptures are a perfect fit for the new Allen Road location in Salt Point.