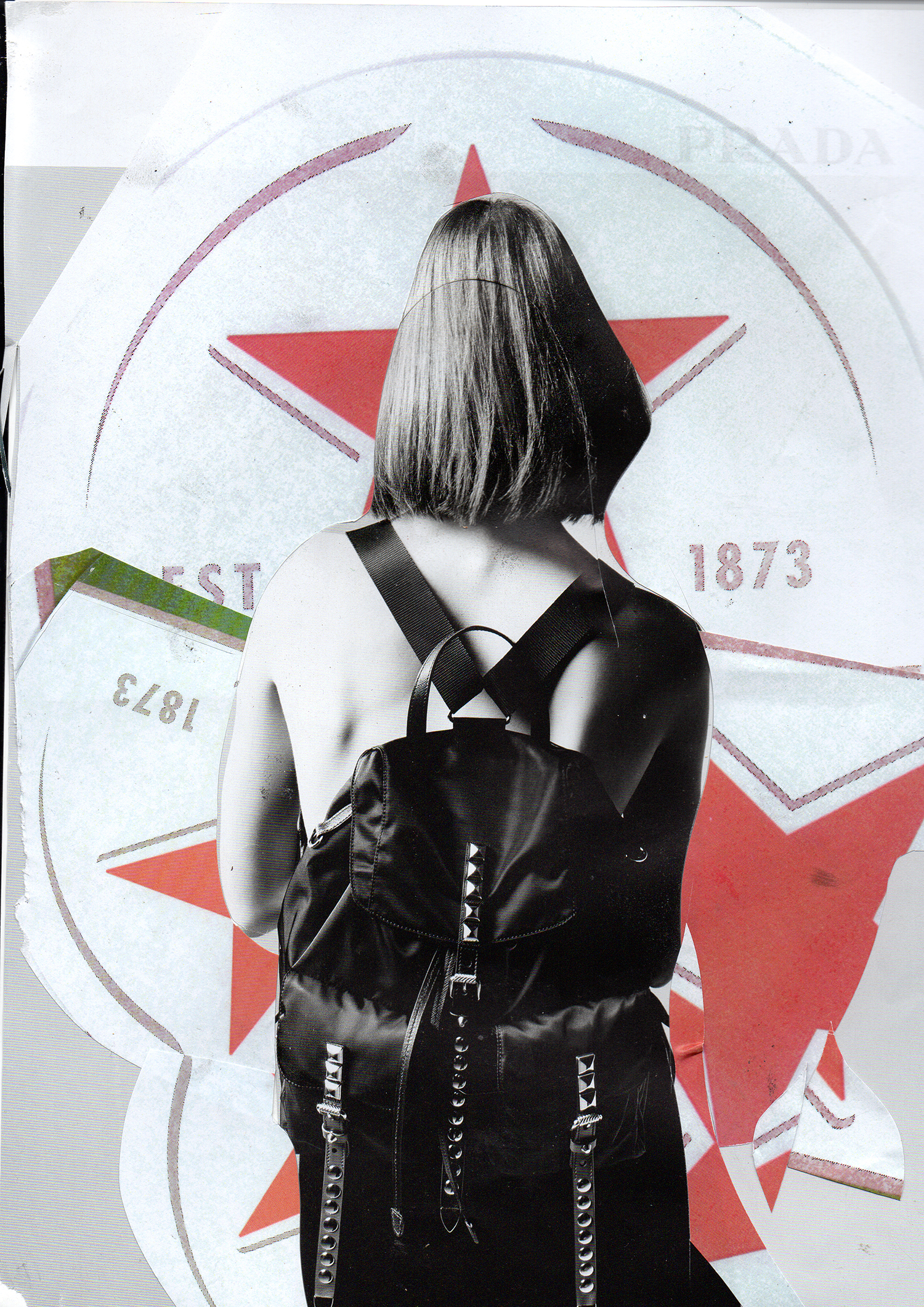 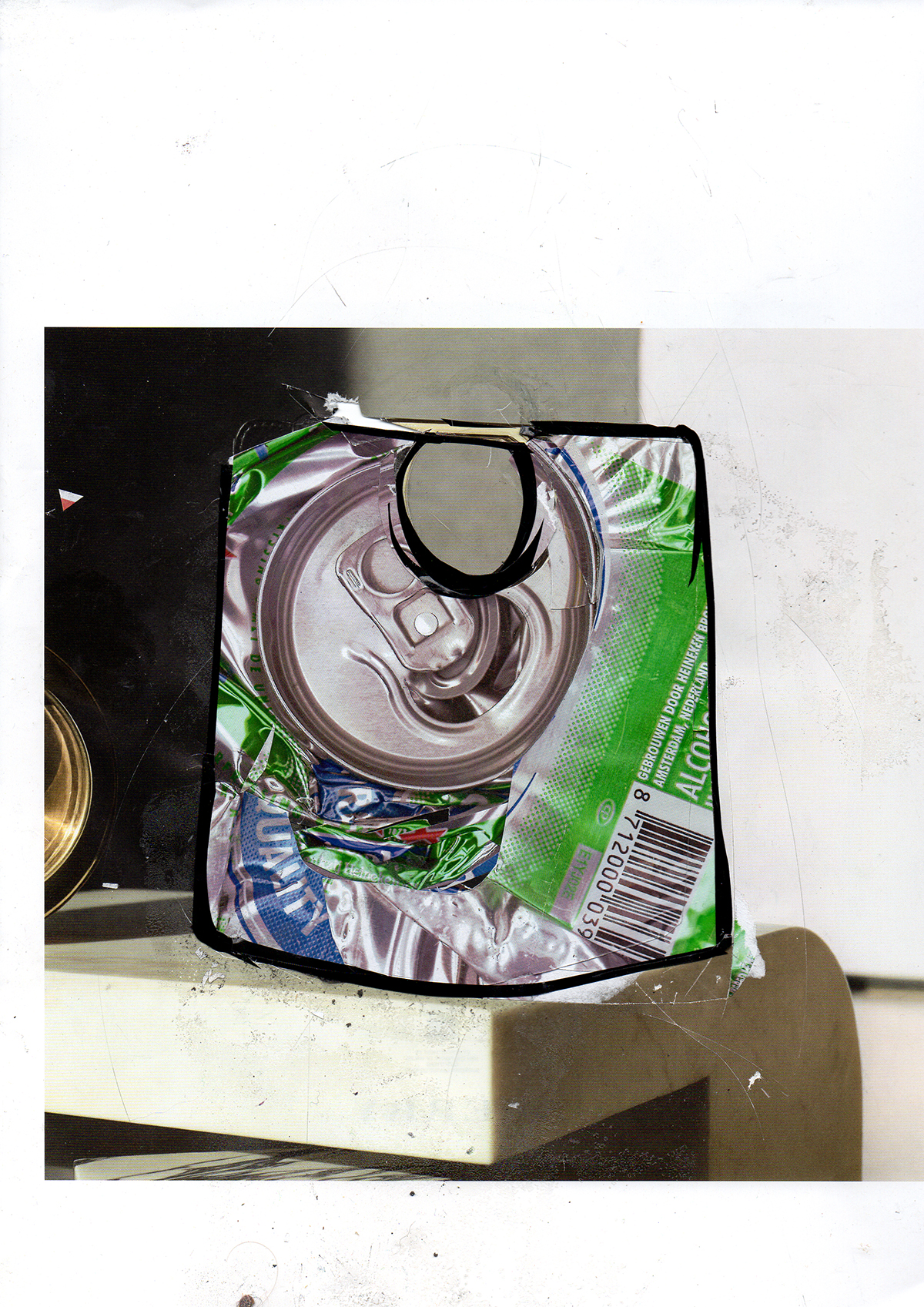 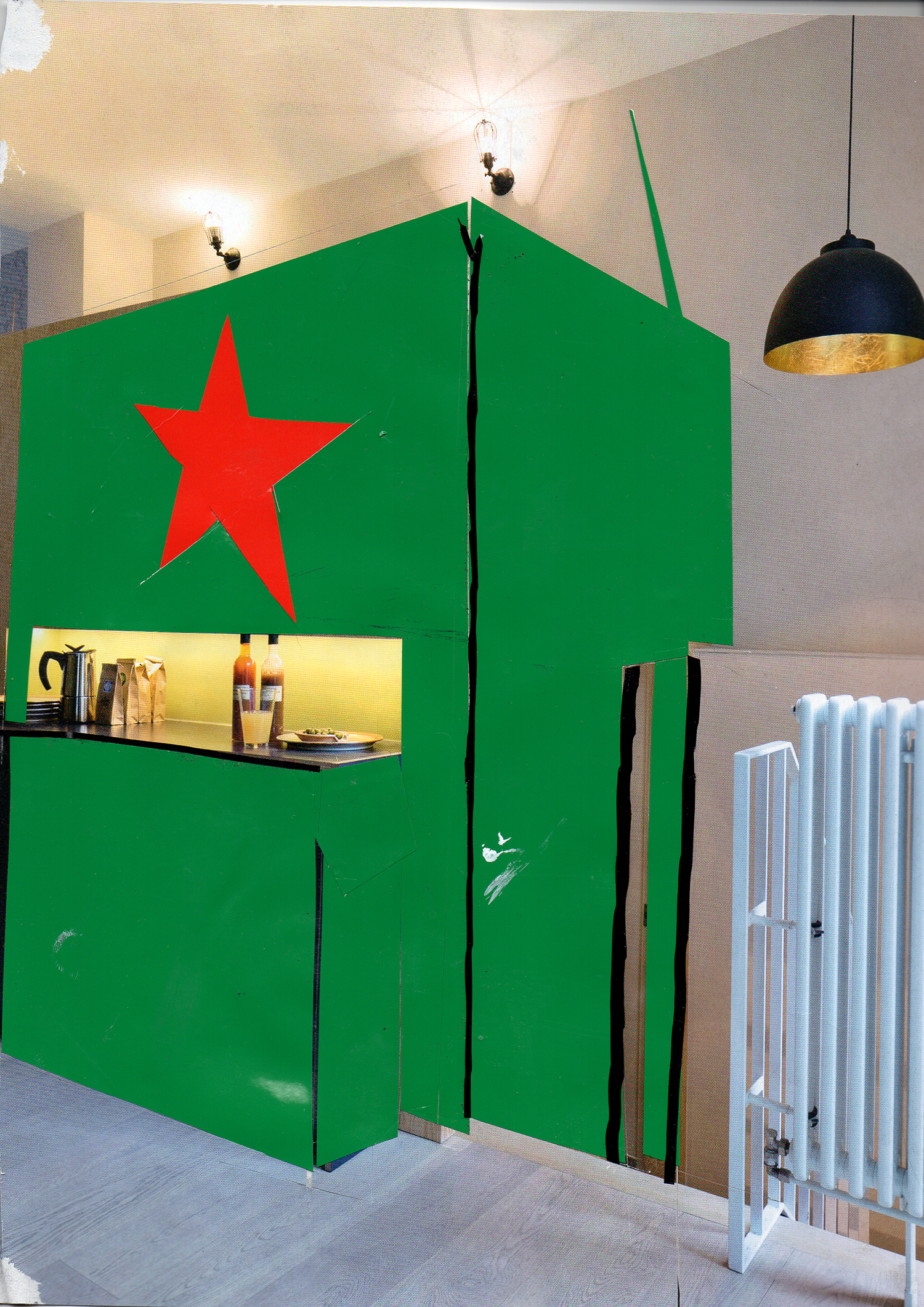 For his second solo exhibition at Anton Kern Gallery, Erik Van Lieshout will debut his new film, “Beer,” which documents the inner controversies that surrounded his acceptance of the prestigious Heineken Prize in 2018. The footage shot over the course of the year chronicles the wildly unpredictable saga that unfolded. New drawings and collages, inspired by the events in the film, will also be on display, hung throughout a monumental Heineken-style box in the gallery’s first floor atrium, in which “Beer “will be shown.

Van Lieshout’s work is sharp, incisive, and fearless. His brutally honest nature and bluntness result in the fascinating and surprising interactions that play out in his films. It is also deeply personal—his inner monologue and personal life are the subject of much of his work. Receiving the Heineken Prize, which is awarded every two years to five international scientists and one Dutch artist (almost always a mid-career one), leads to many questions. What does “mid-career” mean? And what does it mean for Van Lieshout? At 50, and with this Prize under his belt, he finds himself reflecting on what it is to be an artist, and what the power of art itself is.

Van Lieshout begins by investigating the Heineken way of life—though he has, funnily enough, quit drinking for over eight years. As a means of probing the nature of art, too, he moves his practice into his home. The brand’s fresh green color and red stars take over his couch and walls, and he wonders, in this new context, if an intervention by an artist in his own home still qualifies as “art.”

Conflicts begin soon after the prize notification. A story emerges in a national newspaper embroiling Heineken in controversy: allegations that Heineken “beer promotion” women in Africa were forced to sleep with their superiors and suffer groping and inappropriate behavior from the men in the bars where they promoted the beer. The scandal leads an important foundation to pull grants from Heineken’s charities. Next, a noisy bar goes up across the street from his previously tranquil home, and his artistic-intervention-as-protest does not go over well with the owner; he travels to Africa in an attempt to do good with the prize money, but soon realizes the limits of charitable intervention.

The pivotal event of the film is when Van Lieshout, forgetting that everything is now online, makes offhand comments about the Heineken scandal to a reporter from a small regional newspaper, causing anger at corporate headquarters. Previously praised and awarded by the Prize jury for his radical, political work, he suddenly finds himself in a complicated web of apology, fear, crisis, and corporate identity after the impulsive conversation with a reporter, grappling with the consequences of working in a world where one can no longer be naïve. His attempts and wish to connect with people and do good seem to be unwittingly, and consistently, undermined by this talent for conflict. Van Lieshout wonders if he should even accept the prize; ultimately, he does—with a PR-induced hangover.

The large drawings that populate the gallery are made in both charcoal and his unique tape collage technique. Intimate self-portraits of Van Lieshout on his couch ruminating on the meaning of art; scenes of the viscerally uncomfortable artist socializing with some of the richest people in the Netherlands at an awards ceremony; among other scenes found in the film. The small drawings and collages explore Heineken: the colors, shapes, and imagery that promote and perpetuate the brand acting as investigative tools into the meaning of the Heineken way of life.

The varied cast of personalities and locations ruminates on these many threads: art, aging, money, politics, charity, diplomacy, integrity, and, of course, the many sides, both good and bad, of beer.