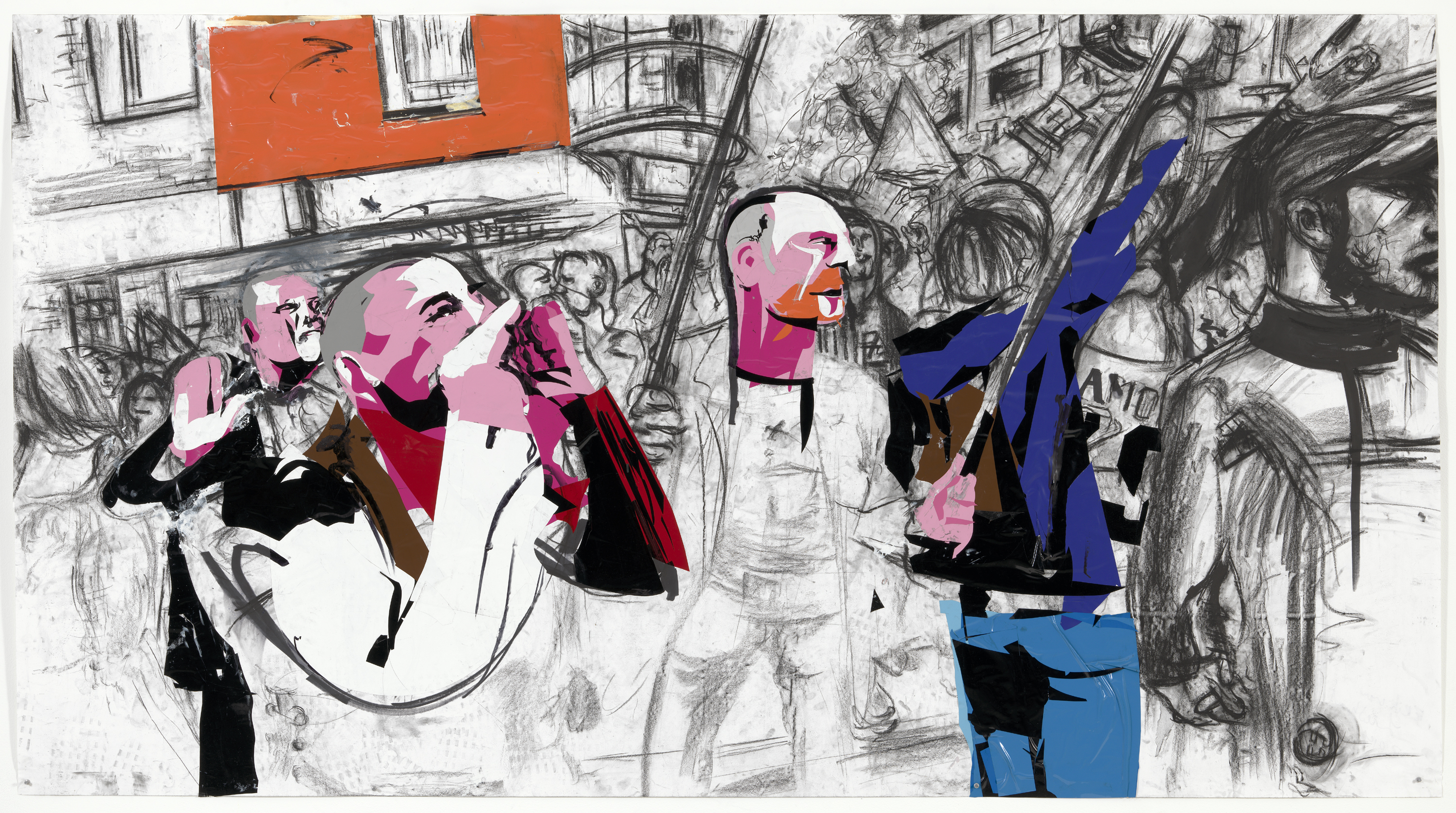 Through April 10, The Museum of Modern Art in New York presents an exhibition featuring works by Erik van Lieshout and Rineke Dijkstra.

Through April 10, The Museum of Modern Art in New York presents “Scenes for a New Heritage: Contemporary Art from the Collection,” featuring works by Dutch artists Erik van Lieshout and Rineke Dijkstra.

A sweeping reinstallation of MoMA’s contemporary collection presents a wide range of artistic approaches to the political, social, and cultural flux that have shaped the current global landscape. The exhibition features video, installation, sculpture, drawing, prints, and photography created in the past three decades by more than 30 international artists, with more than half of the works on view for the first time.

The last 30 years have seen remarkable societal and cultural change, as major shifts in geopolitical dynamics destabilized the established world order, new economies emerged to challenge those long dominant, and the Internet radically altered the ways in which we access and generate information. New networks developed in response to this era of unprecedented global exchange, encompassing not only goods, knowledge, currency, and power, but also the creation, distribution, and reception of art. Made by artists working across mediums and under a diverse range of geographic, political, social, and aesthetic circumstances, the works in the exhibition are considered in dialogue, allowing us to reflect not only on their differences, but also to consider their shared concerns, offering a new perspective on the Museum’s Collection.

Erik van Lieshout (1968, Deurne, NL) is a Dutch artist whose projects are multi media installations encompassing video presented in specially built video rooms/installations, often encircled by collages of drawings and paintings. In his work van Lieshout addresses a multitude of contemporary socio-political issues such as multiculturalism, right-wingers, the position of minorities and outsiders as well as the modern consumer society. Van Lieshout looks at these issues from a radically personal point of view, putting himself into the actual environment at hand. By typically not adapting to the general behavior of his surrounding he becomes an active player in the action which causes many humoristic situations but also provokes strong reactions of others.

Rineke Dijsktra is a leading contemporary Dutch photographer. Born on June 2, 1959 in Sittard, the Netherlands, she studied at the Rietveld Academie in Amsterdam. Known for her stark, engaging portraits, she often focuses on particular communities of people with an emphasis on capturing the awkwardness and self-consciousness of adolescence. “With young people everything is much more on the surface—all the emotions,” the artist observed. “When you get older you know how to hide things.”

Her early work, Beach Portraits (1992–1994), is a seminal series of full-color, life-sized photographs of young teenagers in bathing suits taken on both American and European beaches. The project was shown in 1997 at The Museum of Modern Art in New York, bringing the artist widespread attention and critical acclaim. Dijkstra has also worked in video, such as her filmed portraits of dancing teenagers in her work “The Buzzclub, Liverpool, UK/Mysteryworld, Zaandam, NL” (1996–1997). She has been the subject of numerous solo exhibitions, notably including “Rinkeke Dijkstra: A Retrospective” shown at both the San Francisco Museum of Modern Art and New York’s Solomon R. Guggenheim Museum in 2012. She was awarded an Honorary Fellowship of the Royal Photographic Society in 2012.