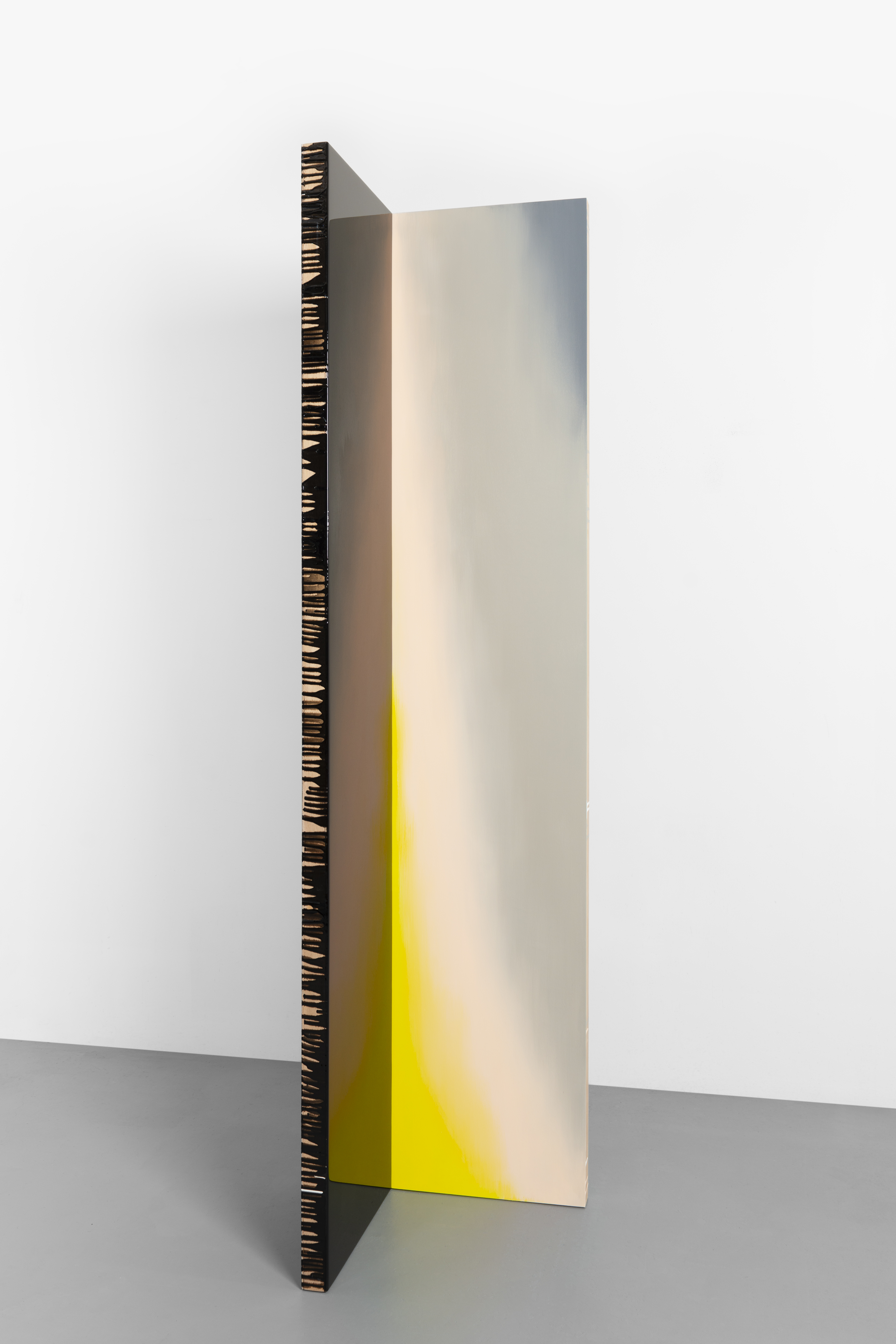 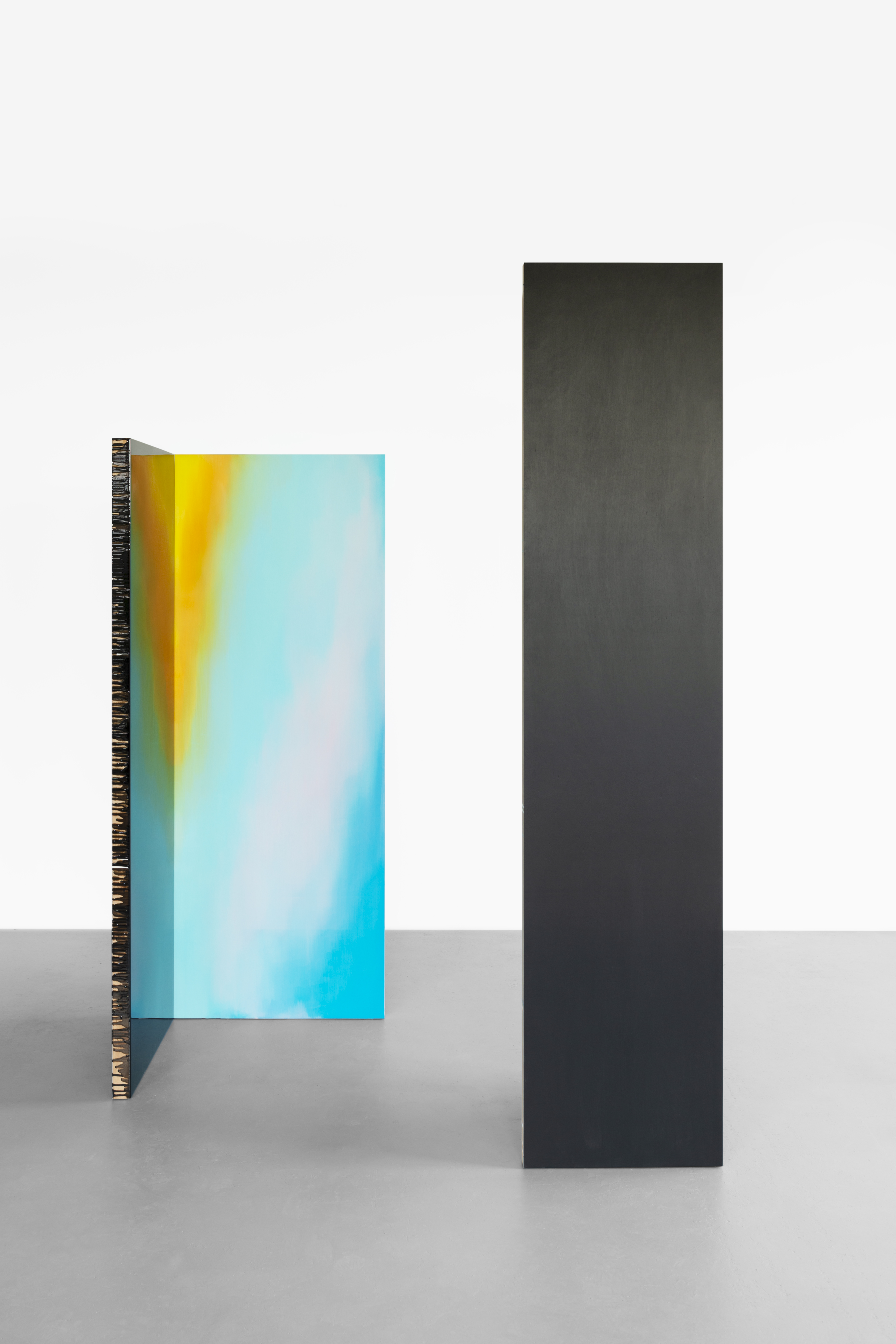 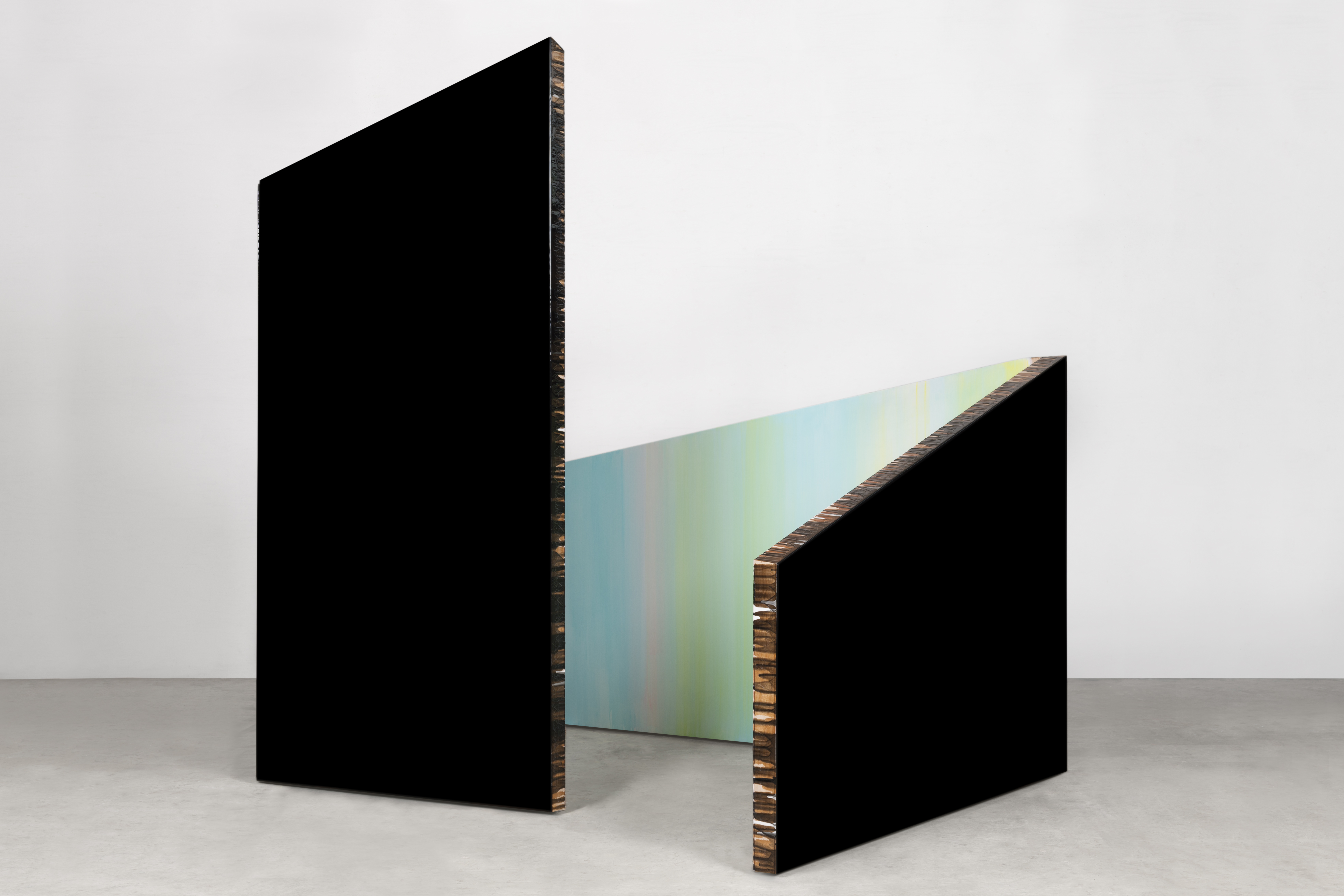 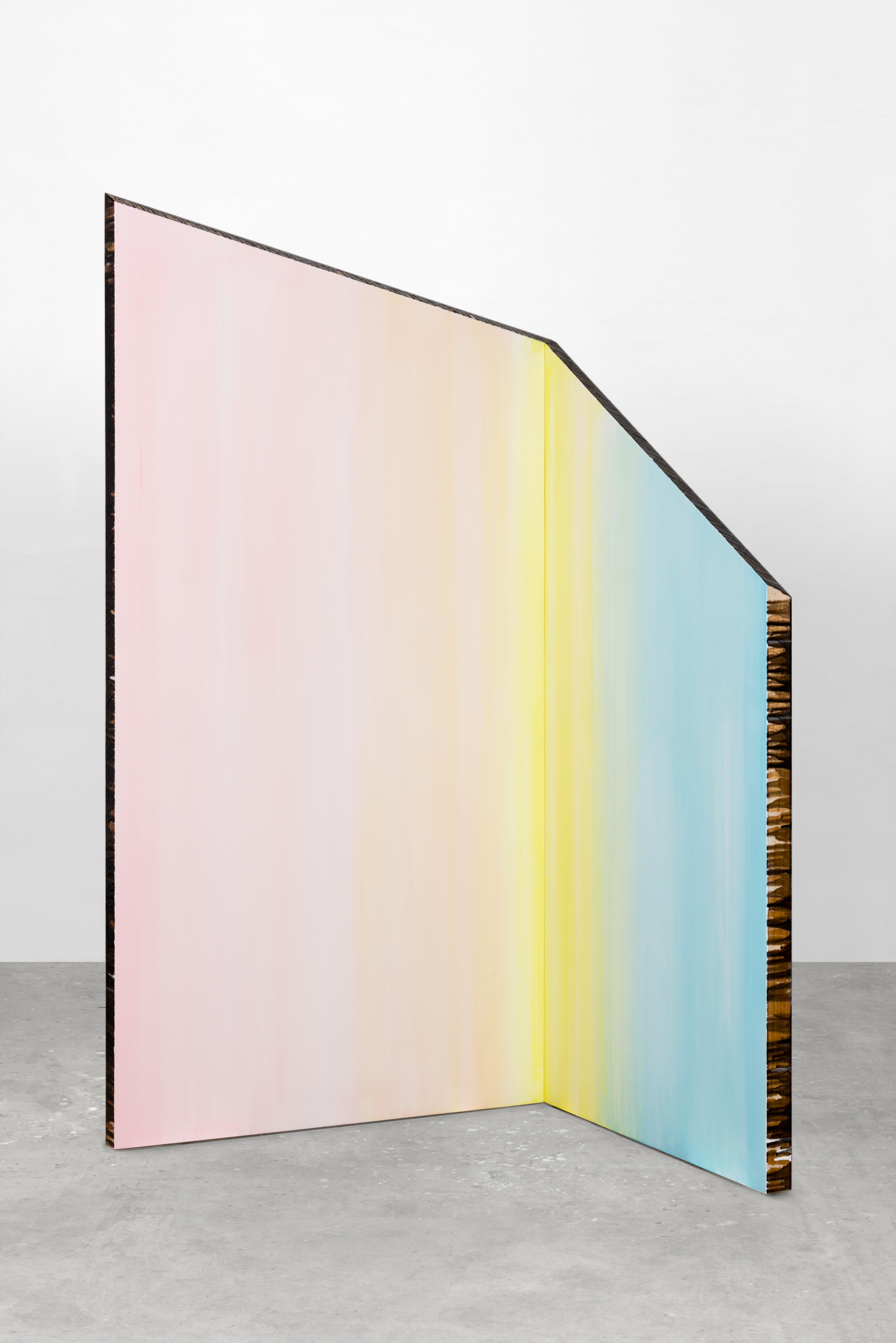 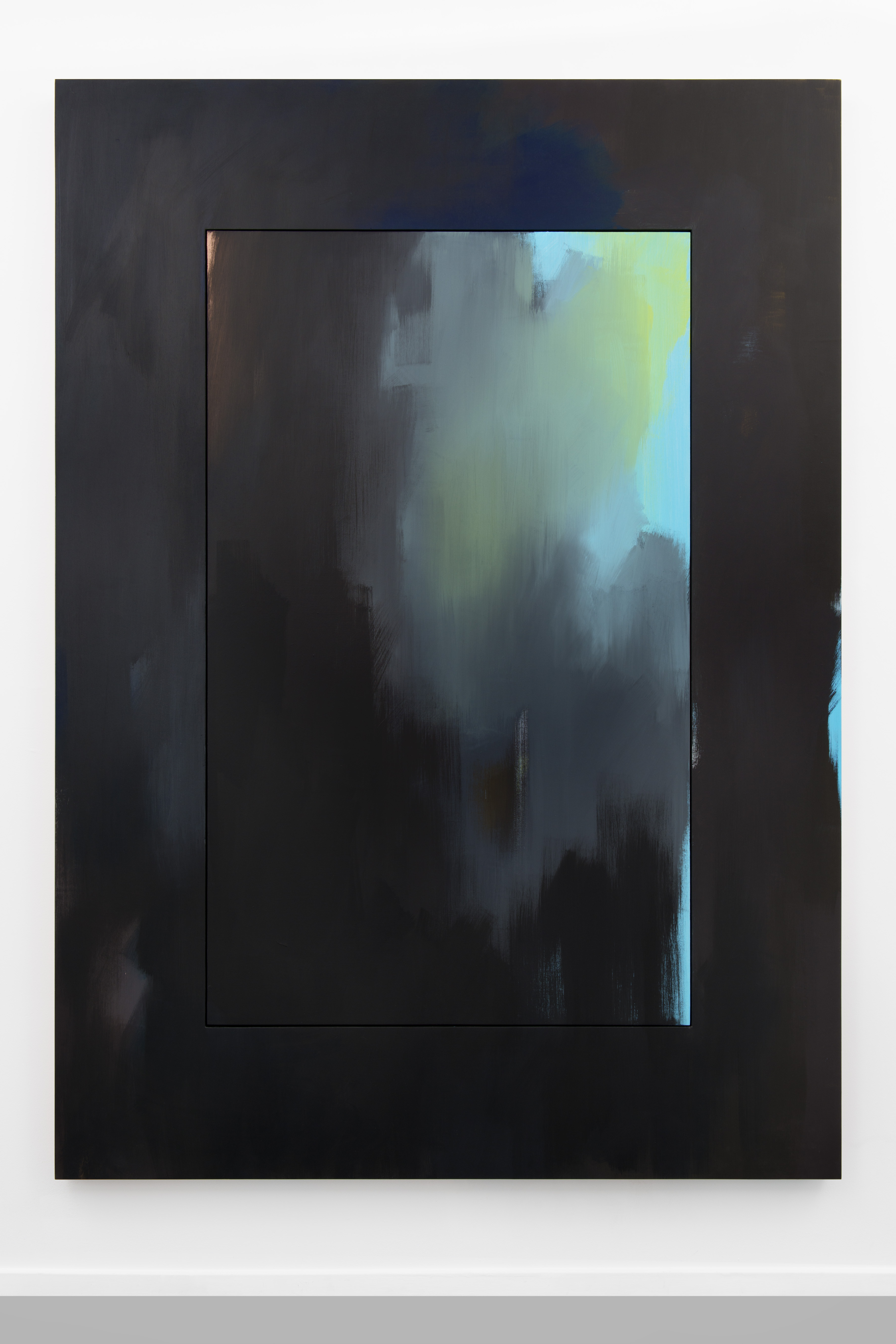 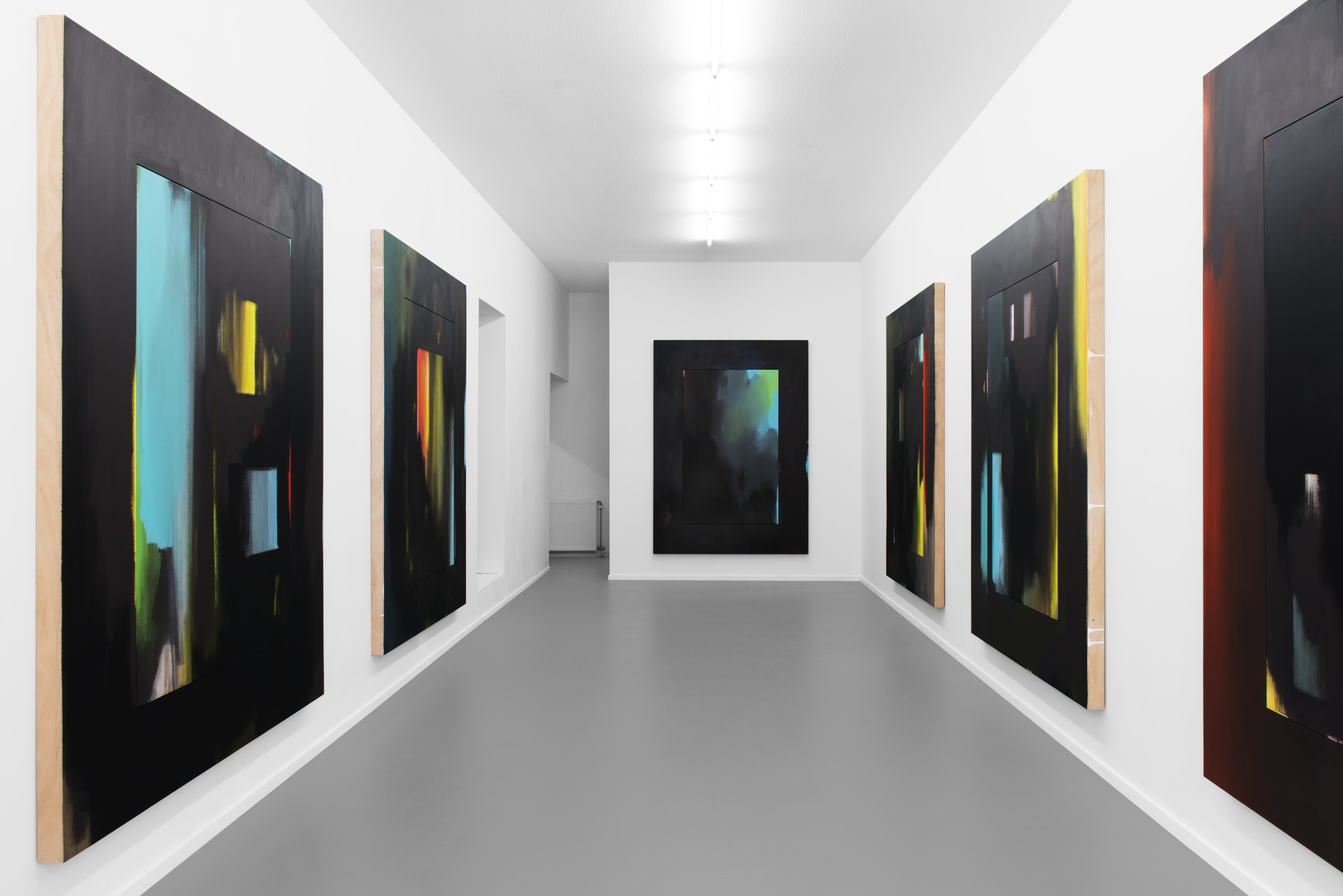 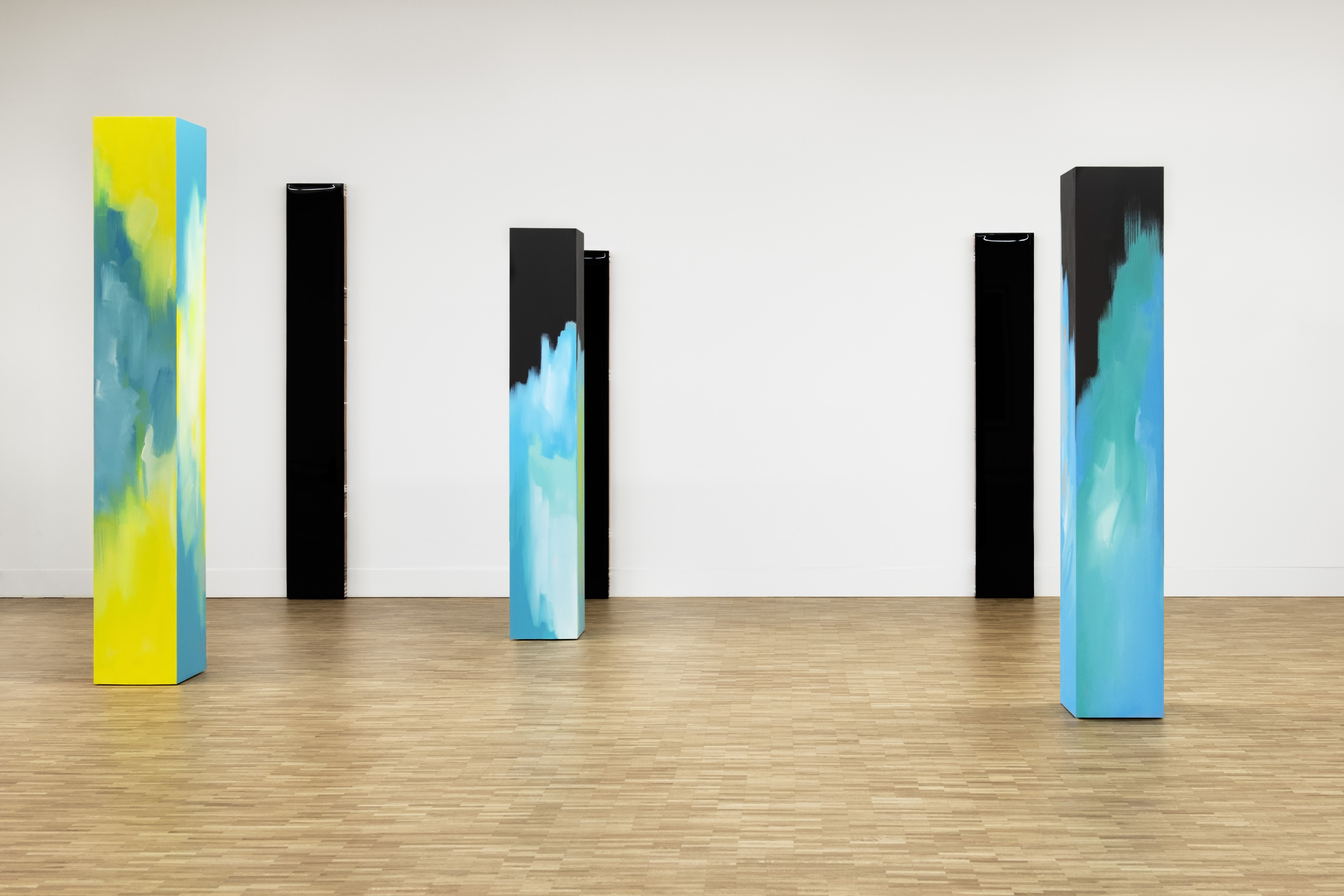 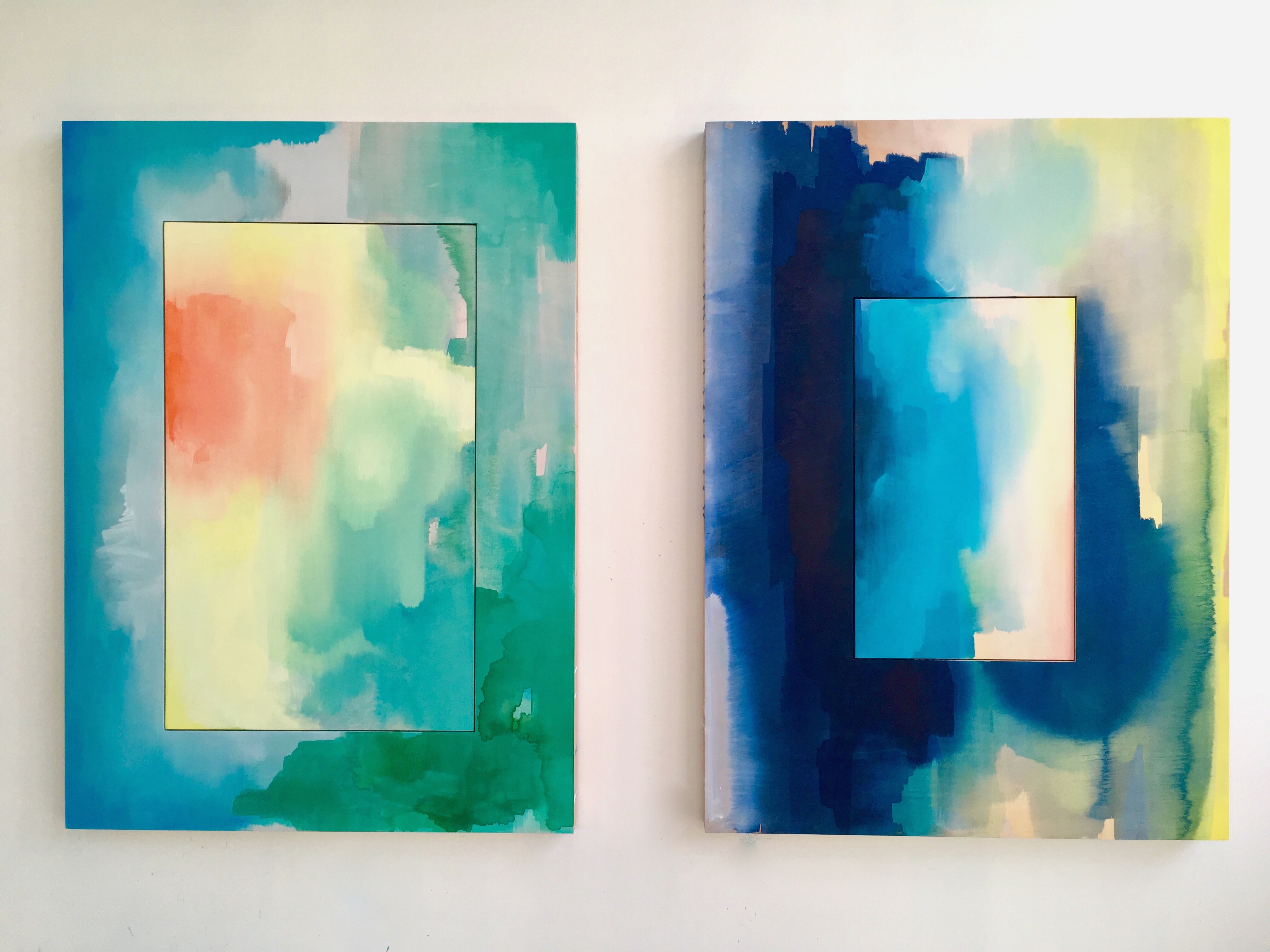 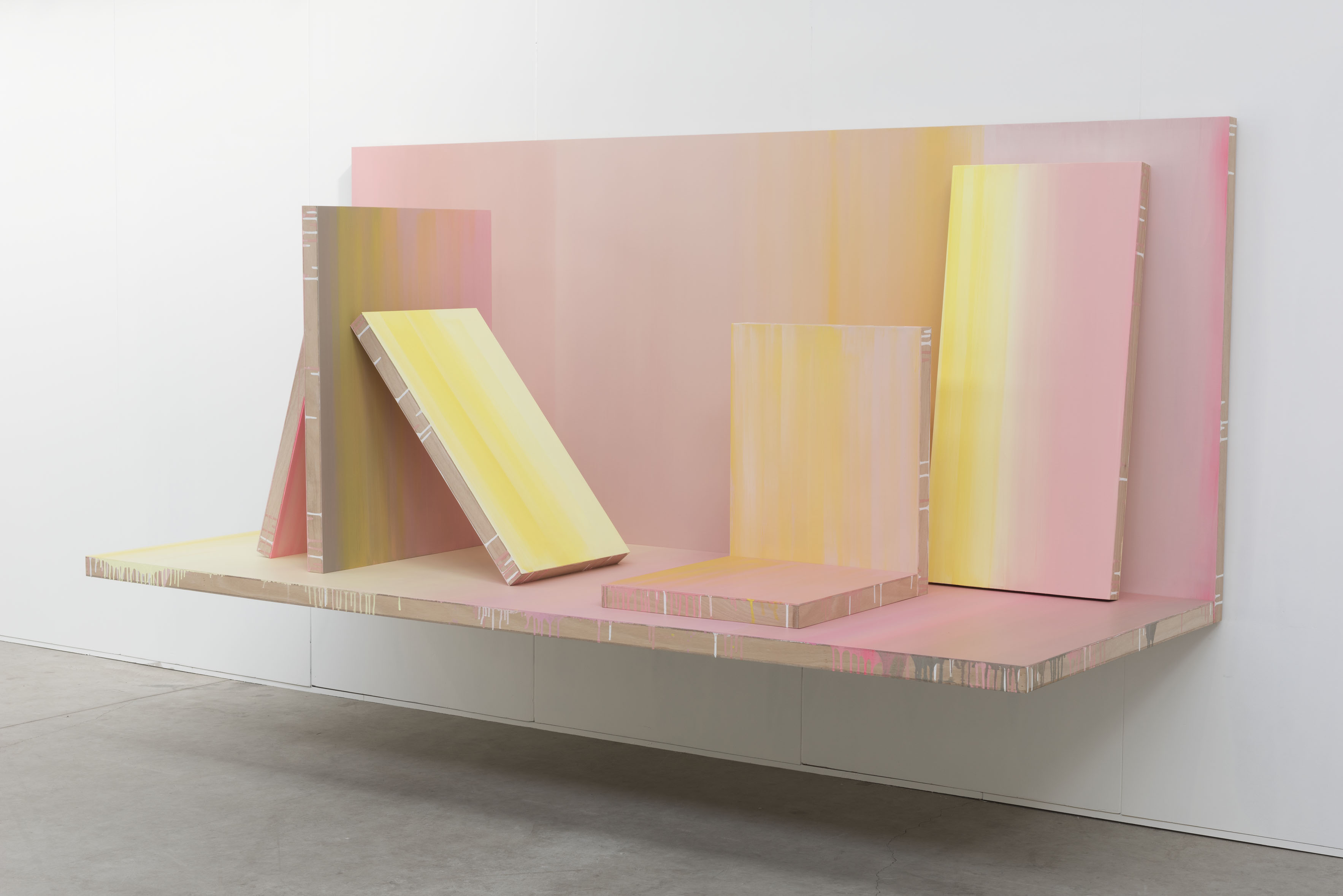 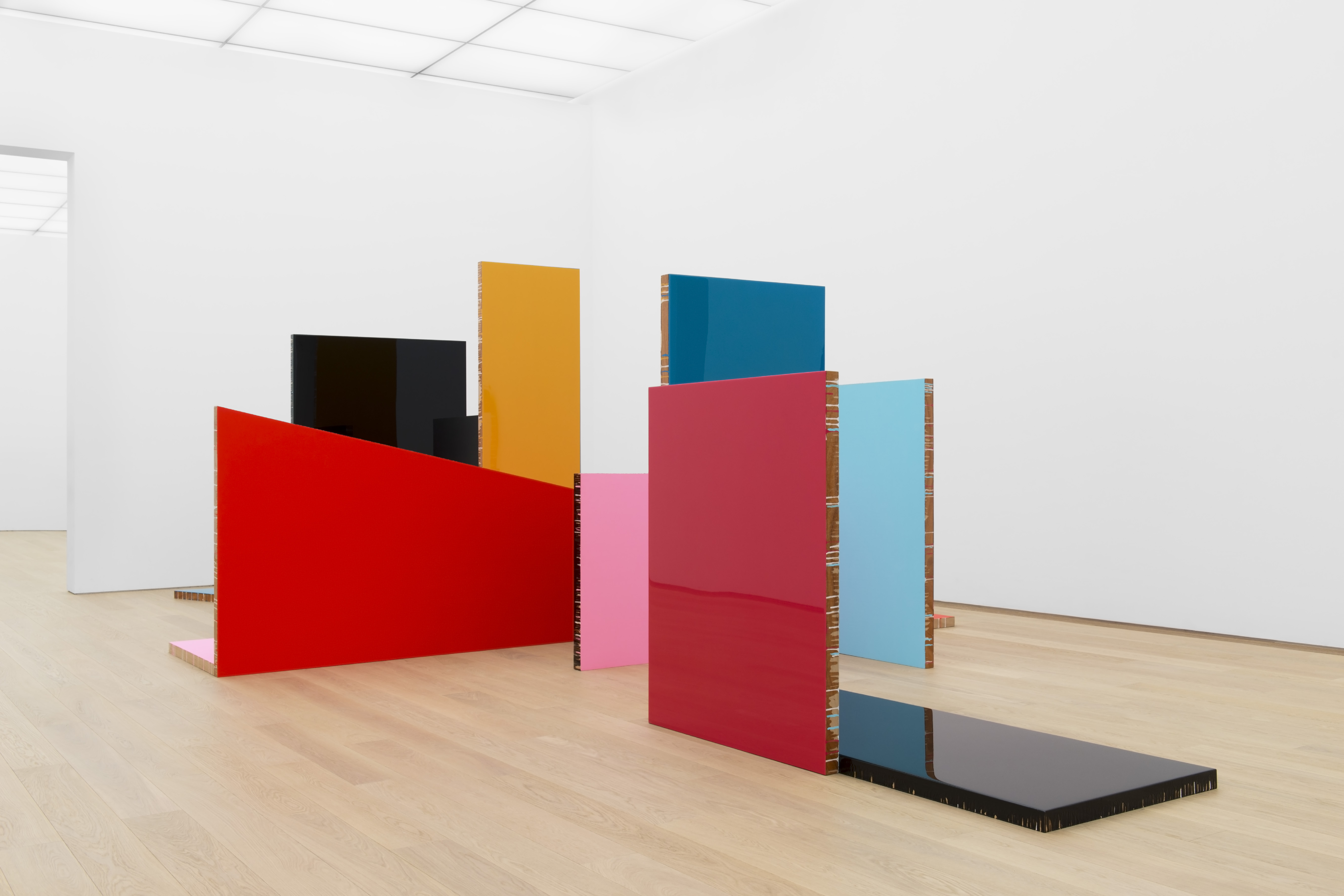 _E_sther Tielemans has been chosen as an artist-in-residence for the 2019 International Studio & Curatorial Program in Brooklyn, New York. Find out more about Esther Tielemans’ works and the ISCP below.

Where does painting end and sculpture begin? How can one reduce reality to a two dimensional plane? How abstract can a landscape be?

In her work, Esther Tielemans (1976, Helmond, the Netherlands) reflects on the fundaments of painting. With mirroring monochromes, references to landscape painting executed on wooden panels composed in space, she explores the third dimension of the flat canvas and challenges the viewer to physically relate to her work. A central aspect in Tielemans’ recent work is the subjective sensation and memory of a landscape. The loose movement in her brushstrokes seems to hint at a cloudy sky. However, it is not the depiction that counts here, but the reminiscence and sensation that a landscape could evoke. The panels have angular cut-outs placed in them, as pixels from the background that have been magnified: images in images, similar to how remembrance may become fragmented in time, and certain memories remain more vivid than others. The cut-outs suggest a layered spatiality without actually emerging from the flat surface, thus coinciding the abstraction in her previous work with a dynamic, painterly stroke. Often, Tielemans will capture this opposition by placing smooth monochromes, glossed with a shiny epoxy resin, across from her colourful paintings. The mirroring surfaces softly reflect the surrounding space, viewer included, making it impossible to escape the impressive composition and actively merging the work with its surroundings. Now, that composition can be found in the paintings themselves: a silent tension between abstraction and loose brush stroke, between flat surface and three dimensionality. 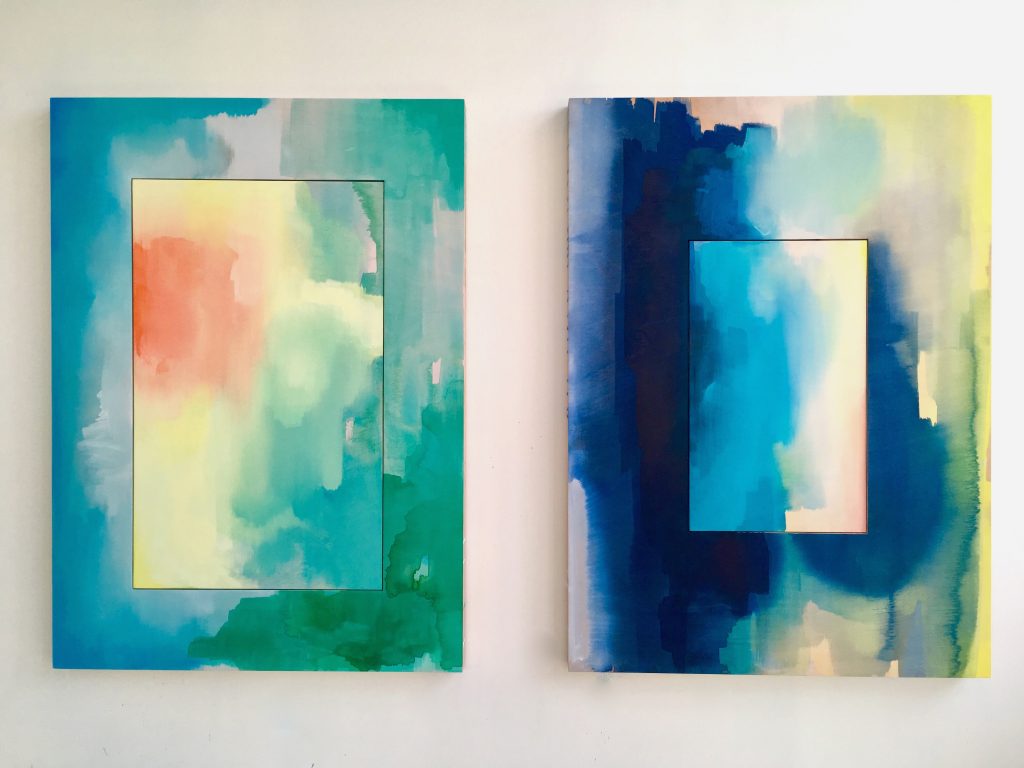 Esther Tielemans has exhibited work at Museum Voorlinden, Wassenaar; Van Abbemuseum, Eindhoven; and GEM, Museum of Contemporary Art, The Hague, all The Netherlands, among others.

The International Studio & Curatorial Program supports the creative development of artists and curators, and promotes exchange through residencies and public programs. ISCP organizes exhibitions, events and offsite projects, which are free and open to all, sustaining a vibrant community of contemporary art practitioners and diverse audiences. With an International Residency Program and Ground Floor Program for New York City-based artists, ISCP strives to establish a global network of exemplary artists and curators. Tailored for professional growth, the programs serve as an active mediator, creating visibility and immersion for all of its residents in New York City. ISCP’s programming is conceived to facilitate dialogue and collaboration.