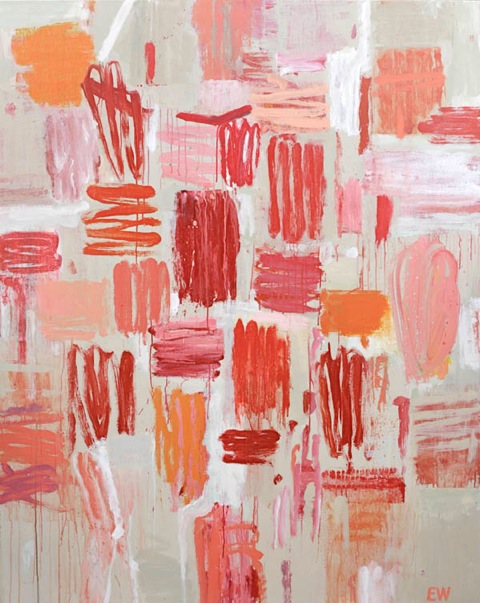 From October 31 to November 25 the exhibition “Inventory of the Possible” by Evert Witte will be on view at Cole Pratt Gallery in New Orleans. 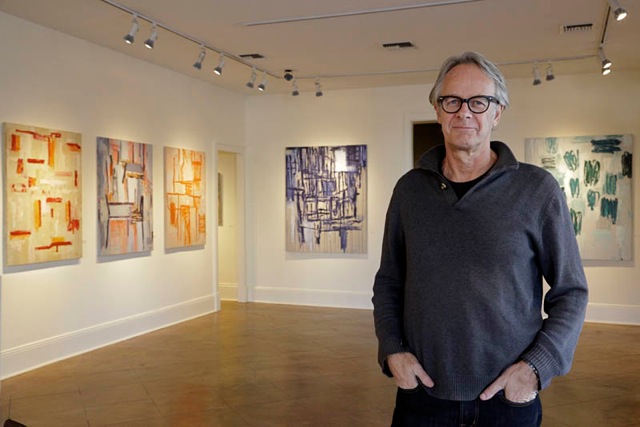 From 1969 till 1972 Evert Witte studied graphic design at the Academy of Visual Arts in Arnhem, NL. After his studies, he worked for the next ten years as a freelance illustrator. Around 1983 he started to make the transition from commercial to fine art and began showing his work in the Haarlem area, his hometown where the Frans Hals Museum was one of his first collectors.

In 1993 he made a road trip in the U.S. from Miami to San Francisco that initiated the “Made in America” series. During that last trip, he met photographer Sandra Russell Clark in New Orleans. Evert Came back to New Orleans as a visiting professor of painting and drawing at Loyola University in 1994. At the end of that year, he moved from Haarlem to New Orleans where he and Sandra got married the next spring. In 1996 Evert joined the Cole Pratt Gallery in New Orleans and took part in “The Louisiana International Exhibition” at Clark Gallery, Southeastern University in Hammond, LA. and at the “2nd Annual Entergy Louisiana Open Juried Exhibition” at the Contemporary Arts Center in New Orleans. In 1998 after he had his first solo show at Cole Pratt Gallery he and Sandra moved to Bay St. Louis on the Mississippi Gulf Coast, an hour outside of New Orleans. In the first half of the next decade Evert showed his work in a group and solo exhibitions at Cole Pratt Gallery, Perry Nicole Fine Art in Memphis, TN, Craighead Green Gallery in Dallas TX. and at the Carroll Gallery of Tulane University in New Orleans. His work was shown in “New American Painting” magazine and he had a profile in “South” magazine.

On August 31, 2005, Hurricane Katrina destroyed Evert and Sandra’s house and the studio’s with everything in it. Hundreds of artworks gone. For the next two years, to get their lives back together, they moved to Long Island, NY. where they had studio’s in Amagansett and East Hampton.

In 2006 Evert showed at Cole Pratt Gallery and took part in “Surviving Katrina” at the Contemporary Arts Center in New Orleans. He was awarded a grant from the Jackson Pollock Foundation as well as an Artist Residency in Santa Fe, NM. Between 2006 and 2010 Evert has shown his work at Cole Pratt Gallery, Perry Nicole Fine Art, Gebert Contemporary in Santa Fe. He participated in “Mapping the Terrain, New Directions in Abstract Painting” at the Contemporary Art Gallery of Southeastern University in Hammond, LA. ; “The Red Dot” Art Fair in New York; “The Miniature Show” in the Mississippi Museum of Art in Jackson, MS. and “A Tribute to Cole Pratt” at the New Orleans Museum of Art in New Orleans.

Cole Pratt Gallery is a contemporary fine art gallery specializing in the works of Southern artists. Founded in 1993 by the late Cole Pratt, the gallery’s legacy continues under owner and longtime director Erika Olinger.

Exhibitions are curated once a month with one featured artist in our cornerstone gallery. Additional gallery rooms showcase the rest of the artists in our stable.  Please reference the “Exhibitions” menu on our website for our annual exhibition line-up.  Opening receptions are typically held on the first Saturday of every month, from 5:30 to 8 pm.  Exceptions to this rule are always posted under “Future Exhibitions,” and on our Facebook and Instagram sites.