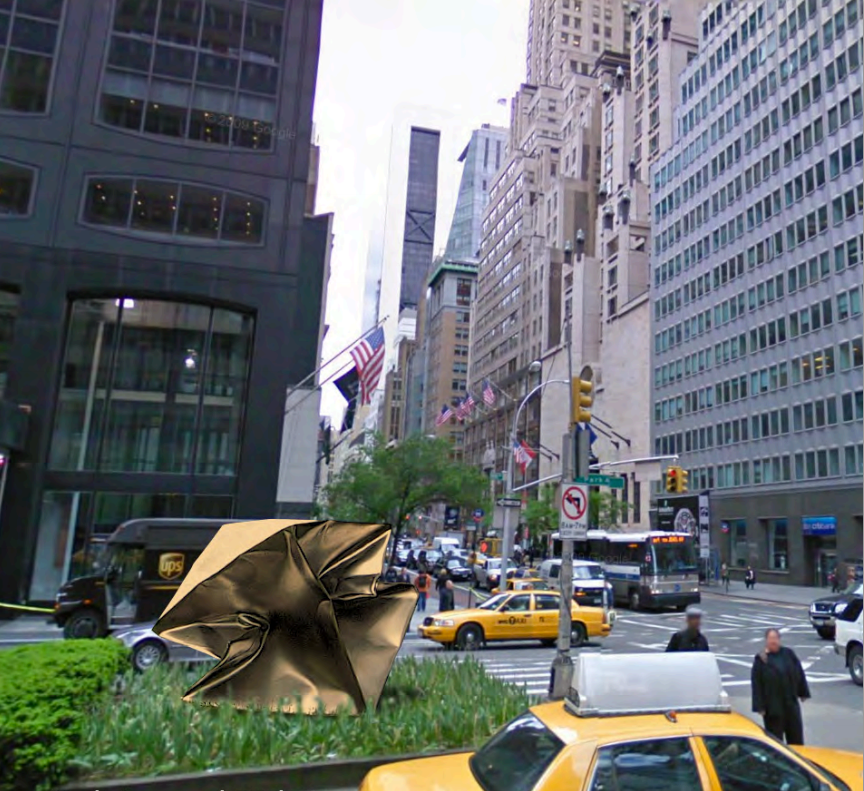 From August 1 until November 7, 2014 an installation of seven stainless steel sculptures entitled "Moments in a Stream" by Amsterdam-based German artist Ewerdt Hilgemann will be on view on Park Avenue. Hilgemann's Park Avenue installation will be accompanied by an exhibition of his work at Magnan Metz Gallery "Frieze Frame", opening on August 7 until August 21, 2014.

A series of seven stainless steel sculptures by a distinguished Amsterdam-based German artist Ewerdt Hilgemann will land on Park Avenue in New York on August 1, 2014. Entitled “Moments in a Stream,” Hilgemann’s installation will parade along the avenue in seven locations, from 52nd Street to 67th Street, with large-scale pieces-some in groups of two or more-placed on the grassy medians. The seven sculptures, ranging in size from 8 to 20 feet in height, were created especially for the Park Avenue installation using a unique vacuum process, which “implodes” geometric shapes causing the material to deform according to natural laws. 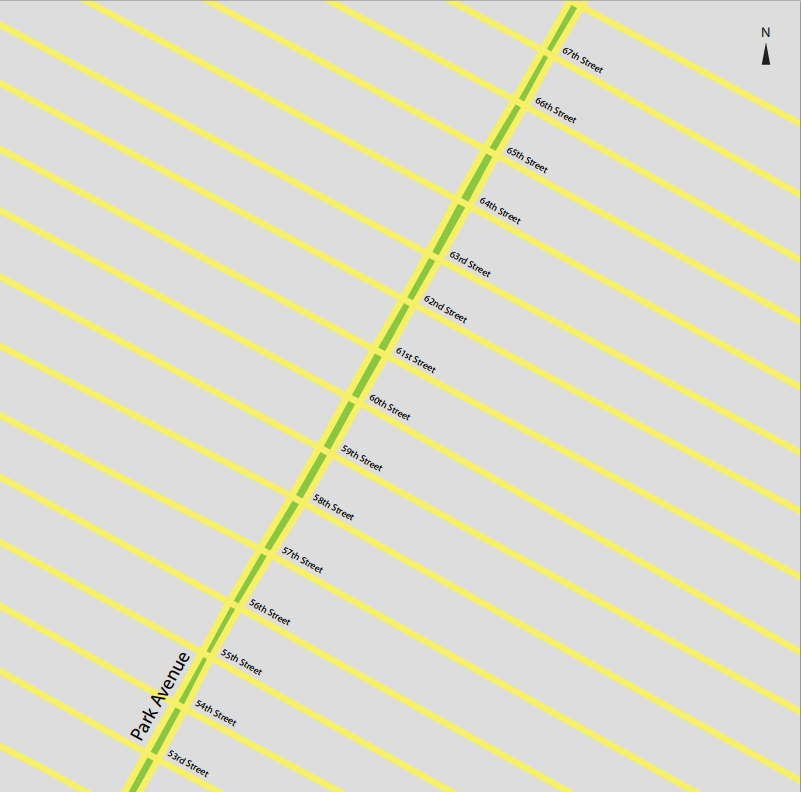 The first Dutch or German artist to have a show on Park Avenue, Hilgemann developed his method in the early 1980s after experimenting with white wooden wall pieces that captured light, influenced by ZERO movement. Hilgemann’s “implosion” process begins by fabricating perfect, geometrically pure stainless steel forms, which are meticulously welded and polished to satin gloss. After the pieces are complete, the artist slowly pulls the air out with a vacuum pump, putting the natural atmospheric pressure to sculptural use and collapsing the forms into their final shape. In a delicate balance of planning and chance each piece acquires individual character demonstrating unexpected and striking possibilities of the material. 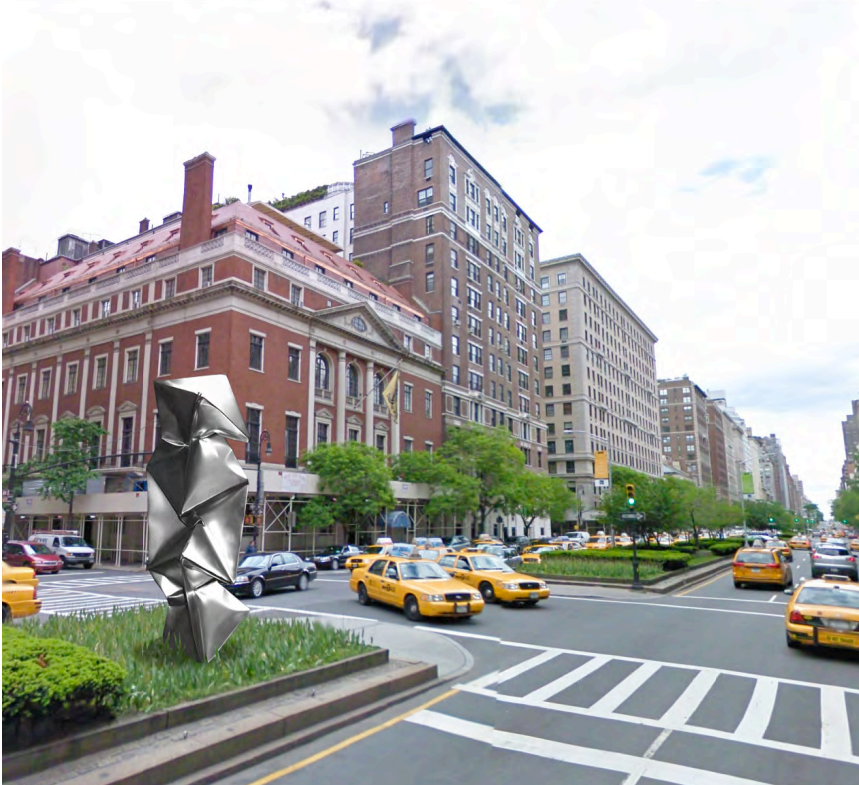 Hilgemann’s Park Avenue installation coincides with the first large-scale survey in the United States dedicated to the history of the German artist group ZERO (1957-1966), Countdown to Tomorrow: The International ZERO Network, 1950s-60s, which will open at the Guggenheim Museum in October 2014. As a student of Oskar Holweck (1924 – 2007), one of the early co-founders of the group, Hilgemann was directly influenced by the group’s approach and vision, particularly its interest in movement and light as artistic media. Occurring simultaneously, the two shows indicate the renewed interest in the United States in often-overlooked European movements. “The genealogy of Ewerdt Hilgemann’s work is just now becoming available to those of us who for the last 50 years or so have been nurtured on the historical accounts and critical debates that dominated art’s discourse in the U.S. and selectively excluded events and developments elsewhere,” writes critic and historian Saul Ostrow in the exhibition catalogue, which will be published later in the year.

Hilgemann’s Park Avenue installation will be accompanied by an exhibition of his work at Magnan Metz gallery, “Freeze Frame,” on view August 7 – August 21, 2014. In two rooms, the exhibition will feature models of all seven sculptures from the Park Avenue series alongside new work, created for this exhibition, as well as a video demonstrating the artist’s process. The artist reception will be held on Wednesday August 6, 6-8pm. 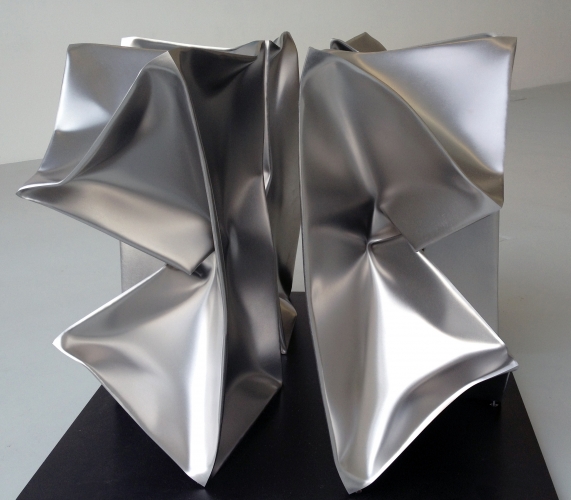 Ewerdt Hilgemann (1938) was born in Witten, Germany and after briefly studying at the Westfälische Wilhelms-University in Münster, he attended Werkkunstschule and the University of Saarland in Saarbrücken. In the 1960’s he had residencies at Kätelhöhn Printers in Wamel, Asterstein in Koblenz and Halfmannshof in Gelsenkirchen, Western Germany, and started to exhibit his work across Europe before moving to Gorinchem, the Netherlands in 1970. From 1977 to 1998 Hilgemann taught Concept Development at the Sculpture Department of Willem de Kooning Academy in Rotterdam. Hilgemann’s work is in public and private collections worldwide including Museum Lenbachhaus, Munich, Germany; Museum Mondriaanhuis, Amersfoort, The Netherlands; Irvine Fine Arts Center, Irvine, CA; Art Field, Moscow, Russia; Vasareli Museum, Budapest, Hungary; Groninger Museum, Groningen, The Netherlands; and has had public installations from Busan, Korea to the City of West Hollywood, CA. Since 1984 the artist lives and works in Amsterdam.