From September 2, 2017, until January 28, 2018, the exhibition "Dutch Complex Housing" is on view at The Goldstein Museum of Design in St Paul, MN.

From September 2, 2017, until January 28, 2018, the exhibition “Dutch Complex Housing” is on view at The Goldstein Museum of Design in St Paul, Minnesota. An accompanying symposium, entitled “Complexity: Dutch and American Housing Symposium,” will take place on Friday, October 6, and ending on Sunday, October 8, 2017.

The exhibition profiles eight visually rich structures that are each responsive to their location and are formed to house a variety of housing types and income levels plus non-housing functions to create diverse communities. In the Netherlands, where housing is a right, and urban design is central to providing adequate housing, complex housing emerged to make the best use of public transportation and infrastructure, generate income, and provide a diversity of lifestyle in dense, urban settings. Can this innovative type of housing be replicated elsewhere? 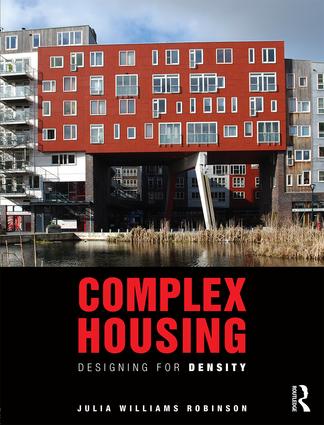 “Complex Housing: Designing for Density” introduces an architectural type called complex housing, common to the Netherlands and found in other Northern European countries. Eight fully illustrated case studies show successful approaches to designing for density, which reflect values such as long-term planning, a right to housing, and access to light and air. The case studies demonstrate a wide range of applications including a mixture of urban and suburban sites, various numbers of dwelling units, low- to high-density approaches, different architectural styles, and organizational strategies that can be adopted in projects elsewhere. More than 350 color images. 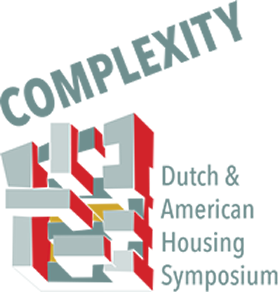 An accompanying symposium, entitled “Complexity: Dutch and American Housing Symposium”, will take place over 2 -1/2 days beginning on Friday, October 6, and ending on Sunday, October 8, 2017. Extending from the book “Complex Housing: Designing for Density”, (Routledge, forthcoming 2017) and accompanying the exhibition “Dutch Complex Housing” (September 2 – Jan 28, 2017), the symposium brings 12-13 presenters from the Netherlands, including architects, developers, residents, urban planners, and politicians to engage in discussions about best housing practices. The book and exhibition introduce the reader and exhibition participant to the background that has led to these projects and then analyzes eight case studies. They end by presenting the implications of these projects for future design of housing, and the requisites for its replication elsewhere. The symposium supplements these more passive presentations of information by engaging conversations among a variety of people engaged in the creating of housing in the two countries that are directed toward the application of the ideas in practice. These discussions, both informal (breaks, meals, and receptions) and formal (sessions, tours and salon dinners) will be sparked by morning presentations of the Dutch designs and afternoon tours to exemplary local projects.

The conference will address such questions as of how to build equitable housing that: 1) incorporates mixed-income households, 2) includes rental and purchase opportunities, 3) is financed in new ways, and 4) is architecturally innovative and diverse?