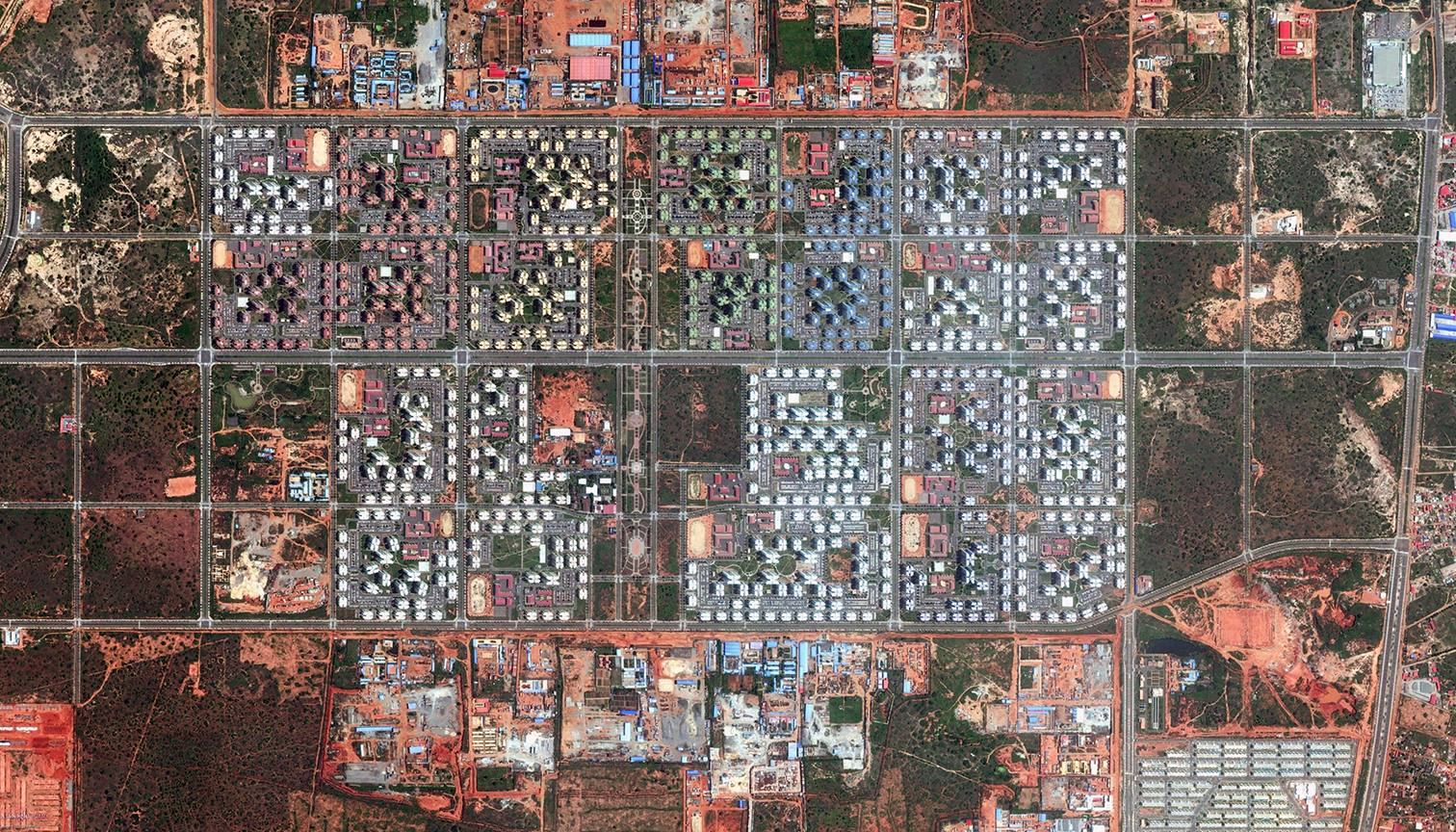 On June 16th, Storefront for Art and Architecture will open Facing East: Chinese Urbanism in Africa, an exhibition by journalist Michiel Hulshof (Tertium, Amsterdam) and architect Daan Roggeveen (MORE Architecture, Shanghai). Facing East investigates the impact of Chinese development on fast-growing African cities, and is built around personal stories of individuals involved in the urbanization process. The exhibition runs until August 1st.

China’s influence in Africa is growing quickly on many levels. All across the continent, Chinese companies are creating new highways, light rail systems, Special Economic Zones, and mass housing developments. Cities have received brand new skylines “made in China”: designed by Chinese architecture firms, financed by Chinese banks, and built by Chinese contractors. From foundational elements such as concrete, window frames, and fire extinguishers, to decorative ones such as carpets and curtains, many of the basic items used to construct these skylines have been sourced directly from China.

Hulshof and Roggeveen have traveled to six African cities, from Accra to Addis Ababa to Kigali, in order to research the Chinese impact that exists on the ground. They interviewed over a hundred Chinese and African architects, politicians, entrepreneurs, journalists, students, developers, artists, and individuals who are involved in or touched by Africa’s rapid process of urbanization.

China’s influence in Africa often goes even further than what we perceive through the lens of the built environment. China’s state-owned CCTV Africa is broadcasting throughout the continent, and many African capitals have Confucius Institutes, in which an increasing number of African students are learning Mandarin Chinese.

Facing East allows visitors to experience the fascinating consequences of shifts in geopolitical power from the perspectives of those living it. The visitor finds himself in the same unstable position as Hulshof and Roggeveen during their research trips, and is forced to make associations between narratives, navigate existing and new relationships, and attempt to tie these together to comprehend the next chapter of globalization: one in which many African cities are beginning to face eastward.

Michiel Hulshof is partner at Tertium, an urban research and strategy bureau in Amsterdam. He has worked as a China correspondent for several Dutch and international media outlets.

Daan Roggeveen is an architect and co-founder of MOREArchitecture, a studio for architecture and research based in Shanghai.

Hulshof and Roggeveen collaborate on the Go West Project, a think tank on emerging megacities. They are also the authors of How the City Moved to Mr Sun – China’s New Megacities (SUN, 2011). They lecture and publish frequently in Europe, the US, and Asia.

At 7 pm, there will be a discussion with curators Daan Roggeveen and Michiel Hulshof along with Shanghai-based architect and researcher Zhengli Huang, on the impact of China in urban Africa.