“Fashionable Mourners: Bronze Statuettes from the Rijksmuseum” at The Cleveland Museum of Art

From September 26 to February 4 the exhibition "Fashionable Mourners: Bronze Statuettes from the Rijksmuseum" will be on view at The Cleveland Museum of Art.

From September 26 to February 4 the exhibition “Fashionable Mourners: Bronze Statuettes from the Rijksmuseum” will be on view at The Cleveland Museum of Art. For more information about the exhibition click here. 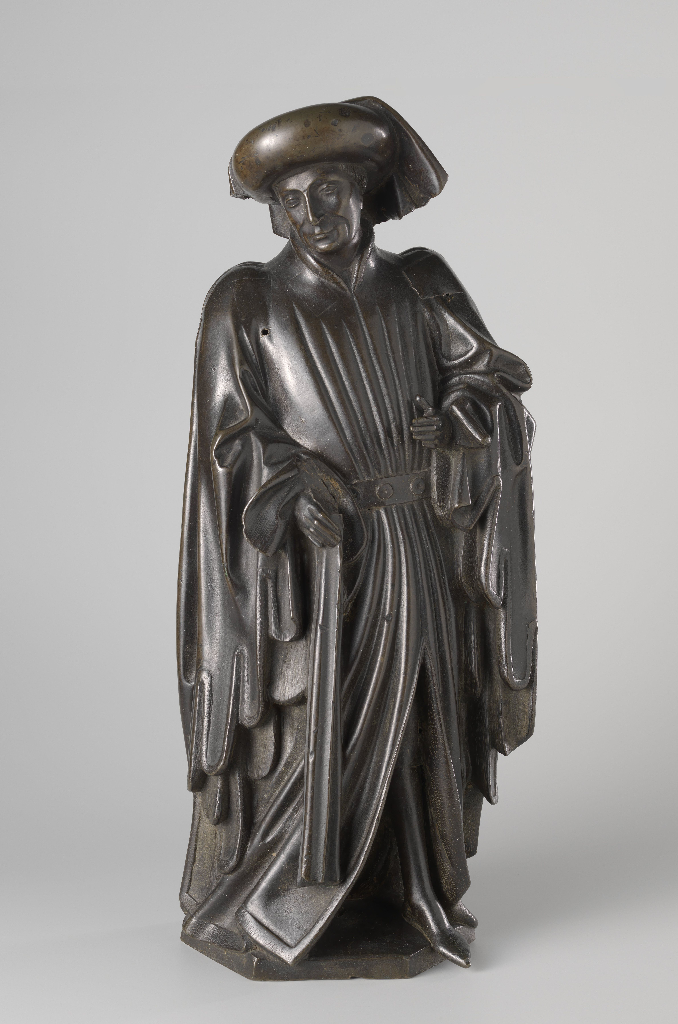 Cleveland’s celebrated alabaster mourners from the tomb of Philip the Bold will be part of a major exhibition at the Rijksmuseum in Amsterdam this fall. In exchange, the Rijksmuseum has offered the Cleveland Museum of Art a rare opportunity to exhibit four bronze mourners from the tomb of Isabella of Bourbon (1436–1465). Traveling to North America for the first time, these renowned sculptures are on view now. 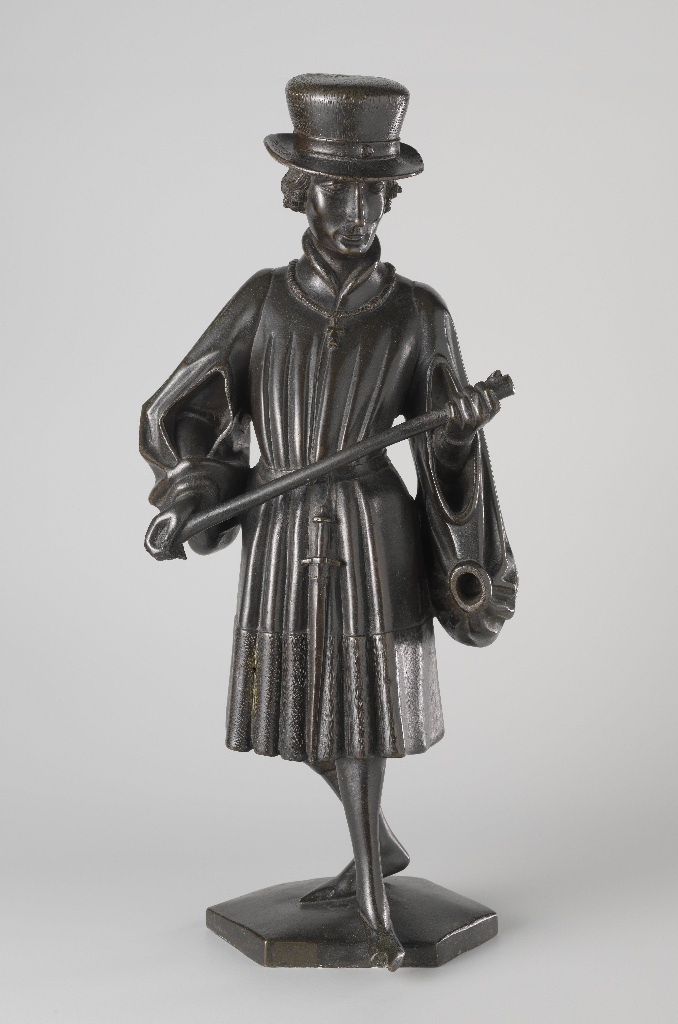 Isabella of Bourbon was the second wife of Charles the Bold, Duke of Burgundy (r. 1467–1477). Upon his death, their only child, Mary of Burgundy, became Duchess (r. 1477–1482) and in 1475 commissioned the best artists in Brussels to design and construct her mother’s tomb in Saint Michael’s Abbey in Antwerp. During the Iconoclast Fury of 1566, Isabella’s tomb was sadly vandalized by Protestant zealots, and only 10 of the original 24 statuettes remain, four of which will be in Cleveland. 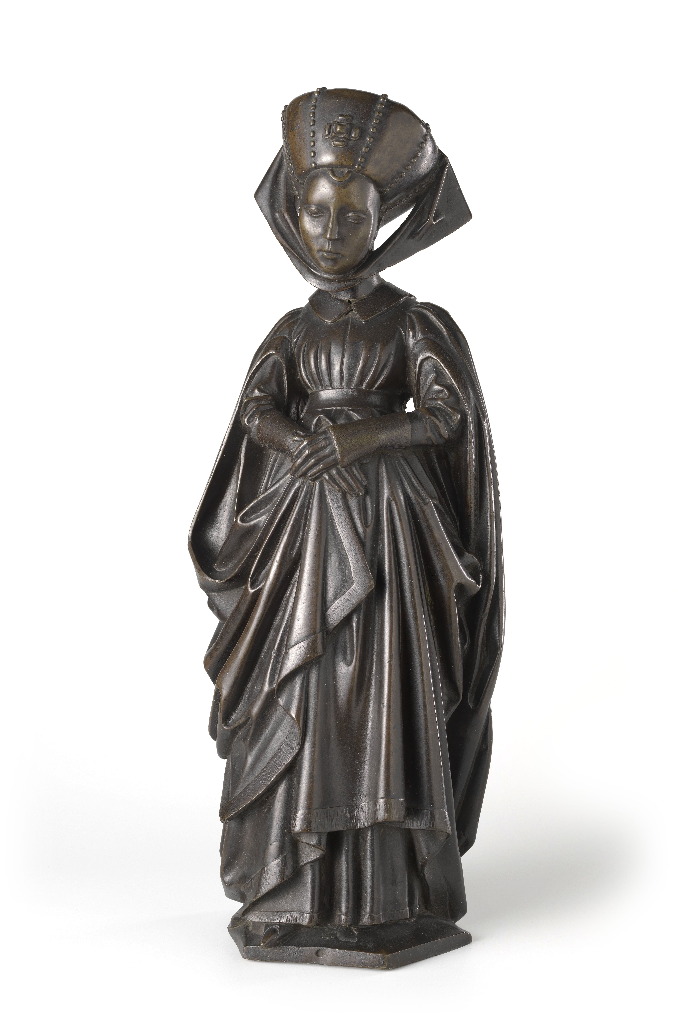 The Burgundian court was known in the 1400s for its sumptuous attire that served as an outward indication of rank, wealth, and power. Detailed attention was given to the garments of the bronze statuettes and reveals the most fashionable styles of the early 1400s. These surviving tomb figures are a testament to the lavish lifestyle, power, and wealth of the Burgundian court and their contribution to tomb art. 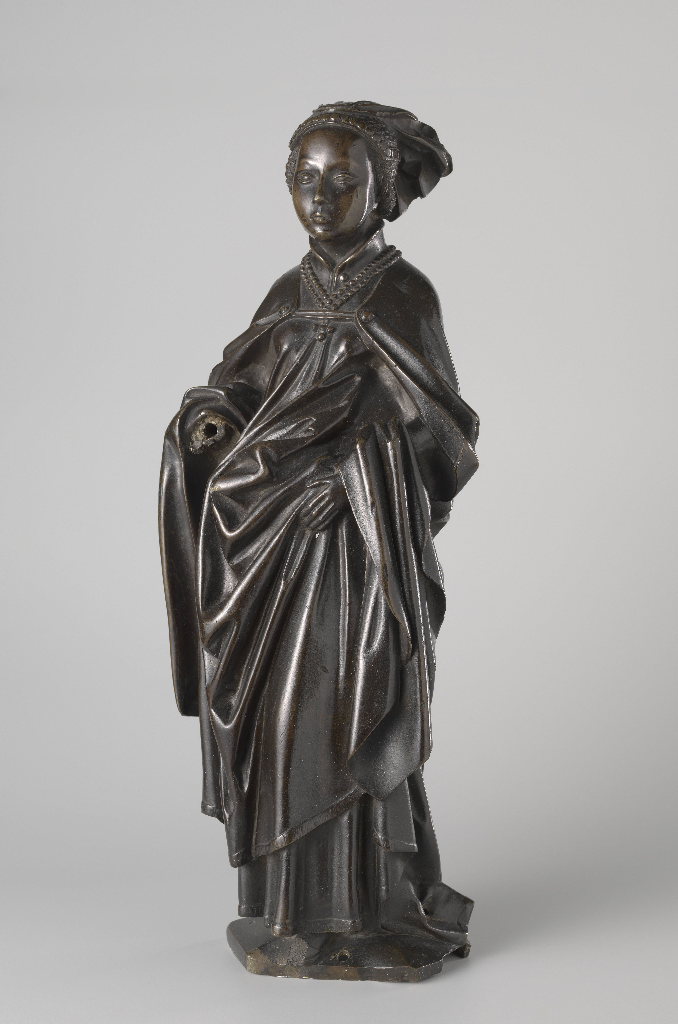