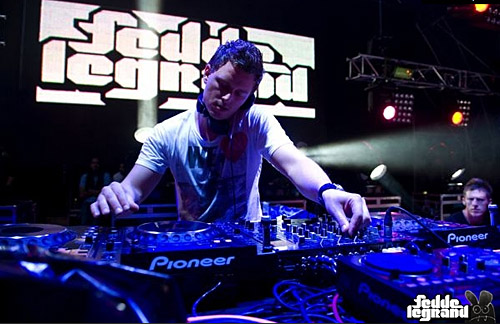 Fedde Le Grand released his new track 'Robotic' and tours the US.

This week Fedde Le Grand released his new track ‘Robotic’ that has served as intro to many of his great live sets, including his UMF 2014 set which showcased a lot of Fedde’s new music. It circulated online as one of the most highly anticipated releases to date and it sparked fan excitement all over as it was being geared up for official release on March 16th.

‘Robotic’ is a collaboration with Jewelz & Sparks to naturally follow Fedde’s excitement about the their sound and development as producers. He regularly features their stuff in his live sets and he brought Dope forth on his Flamingo Recordings. This release will have the honor of serving as third release on the brand new Darklight Recordings imprint.

To accompany it, Fedde has enlisted digital filmmakers Job, Joris and Marieke much famed for their Oscar nominated short film ‘A Single Life’. At just over 3 minutes, the trio demonstrate every ounce of their creative prowess at digital graphics.

From March 20th until March 28th Fedde Le Grand will tour the USA.