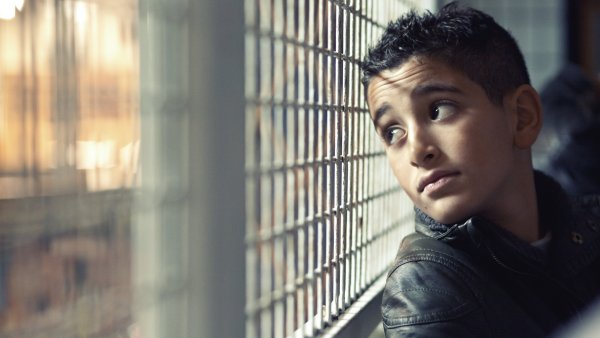 From May 30 until June 8, 2014 the 17th edition of the Brooklyn Film Festival will take place. Here the narrative short film 'Mimoun' from the Netherlands, directed by Tallulah Schwab, will have its US premiere.

From May 30 until June 8, 2014 the 17th edition of the Brooklyn Film Festival will take place. Here the narrative short film ‘Mimoun‘ from the Netherlands, directed by Tallulah Schwab, will have its US premiere.

Mimoun, a young boy living in the Netherlands, needs to get his hands on some money to buy a gift for Soraya, his first love. Dragged into the criminal wake of his older brother Ab, Mimoun has to make a choice which will determine his future.

Tallulah was born in Oslo, Norway, in 1973. Coming from family of film and theatre people she virtually grew up within the walls of the theatre. She soon started making her own short films and theatre productions and as a result she was accepted as a student at the film-academy in Amsterdam at a young age. She moved to Holland and in 1996 she graduated as a film editor and writer/director of fiction film. Still at school she was awarded the Filmnet Scenario Award for her short film Poppycock. Tallulah made a number of short films and music videos as well as a few commercials before deciding to go back to her roots and pursue theatre directing. She was accepted as a director student at the theatre-school in Amsterdam. During her four-year study, she directed many theatre productions, but also always kept on filming. The Man in the Cupboard was nominated for the NPS short film award and The Driving Test that had a theatrical release was voted by the public as Best NPS Short in ten years. Her short films stood out due to their stylised approach, resulting in good revues and the attention of a number of production companies including Column film with whom she is now preparing her first feature film. In 2008 she co-founded the theatregroup tgDacota and was nominated for the Almost famous award for their first production Een Soort Atlantis.

The Brooklyn Film Festival (BFF), is an International, competitive festival. BFF mission is to provide a public forum in Brooklyn in order to advance public interest in films and the independent production of films. To draw worldwide attention to Brooklyn as a center for cinema. To encourage the rights of all Brooklyn residents to access and experience the power of independent filmmaking, and to promote artistic excellence and the creative freedom of artists without censure. BFF, inc. is a not-for-profit organization.