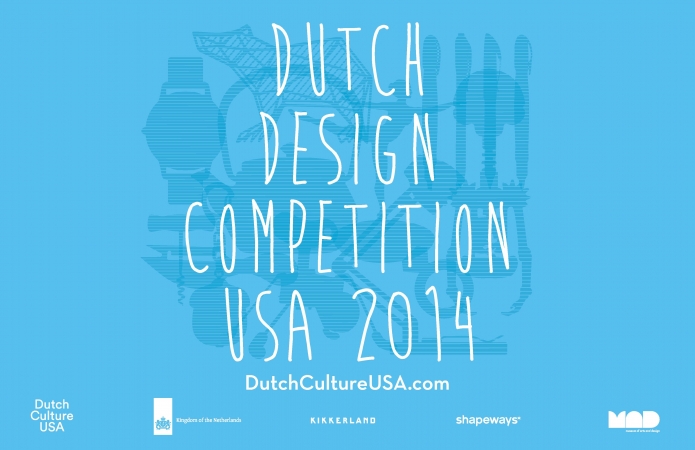 Vote for your favorite Dutch design and visit the finalists' showcase at the Museum of Art and Design (MAD) in New York, from April 3-20.

Inspired by the Out of Hand exhibit in the Museum of Arts and Design, the Dutch government asked designers to think of inventive, quirky, and smart ideas for a new giveaway to be distributed in the US. Ideas needed to be inspired by Dutch Design and represent the Netherlands in the US. It also needed to fit the catalogue of Dutch company Kikkerland.

More than 180 designers from all over the world responded to our competition, and showed us how they are inspired by the Netherlands and Dutch Design. A showcase of the 14 top designs selected by a jury will be on display at the Museum of Arts and Design 3-20 April. They were all 3D printed by Shapeways.

Now we want to ask you: Which design inspires you? Please vote on your favorite design through our voting website here.

Jury members include: Jan van der Lande, CEO of Kikkerland Design; Duann Scott, Design Evangelist Shapeways; Jan Habraken of FormNation; Alissia Melka-Teichroew  of ByAMT; Ron Labaco, Curator at the Museum of Arts and Design, Rudolf Bekink, Ambassador for the Netherlands in the United States; and Jan Kennis, Cultural Attaché of the Netherlands to the US and Head of the Press and Cultural department, Netherlands Consulate General, New York.