From April 14 to May 26, Folkert de Jong will be on view at DENK Gallery together with Nathan Redwood

From April 14 to May 26, internationally acclaimed Dutch contemporary artist Folkert de Jong will be on view at DENK Gallery, Los Angeles, CA, in a dual exhibition with Nathan Redwood. The gallery will unveil two solo projects to be installed in tandem: “Cathedral” by de Jong and “After Tin Man” by Redwood.

Folkert de Jong and Nathan Redwood push the limits of their respective media through intuited experimentation and process-based practices. De Jong’s theatrical take on figuration tends towards the gestural and painterly, while Redwood’s technical facility with paint treads unexpectedly into sculptural terrain. Both engage figuration on the edge of abstraction, encouraging its margins to slip surreptitiously into ambiguous thematic and symbolic unknowns. 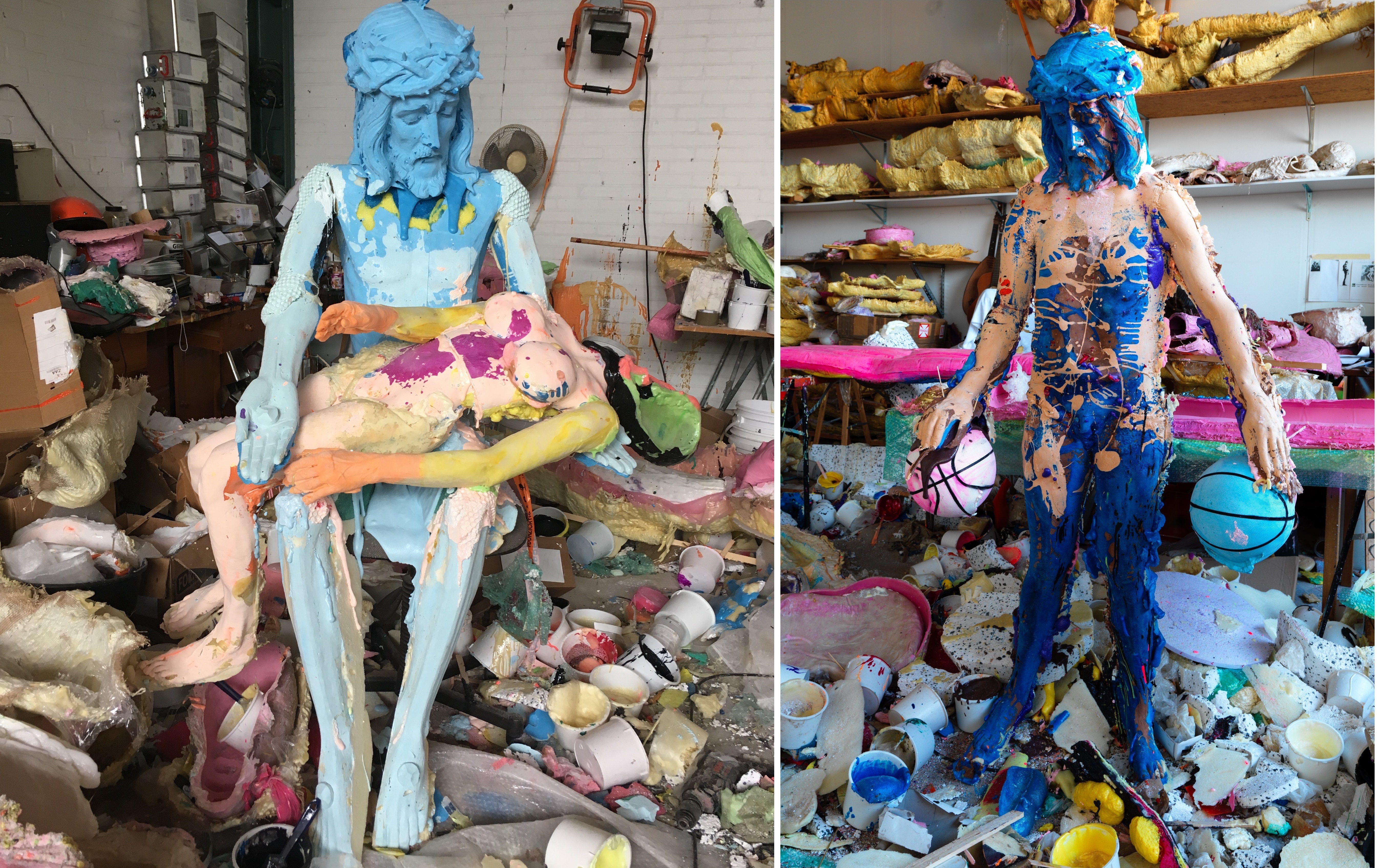 De Jong creates monumental effigies to cultural distortions ranging from the grotesque to the macabre. Hyperbolizing iconic figures from silver screen era Hollywood starlets to High Renaissance depictions of Jesus Christ, his content is promiscuously drawn from art historical and popular cultural references alike. De Jong’s use of high tech chemical compounds is a deliberate commentary on the bleak industrialization of culture in the age of mass consumption, and the inevitable end result: a disposable and flippant degradation of humanity.