Over the last 10 years, Dutch composer Bernard Haitink and the Chicago Symphony Orchestra have explored Mahler’s legacy, taking Chicago audiences on a symphonic journey through landscapes of rich musical wisdom and piercing detail. Now they turn to one of the best loved of all his pieces, his Song of the Earth, a setting of poems that perfectly embodied Mahler’s bittersweet view of the brevity of human life, and inspired some of the most beautiful and haunting music he ever wrote. 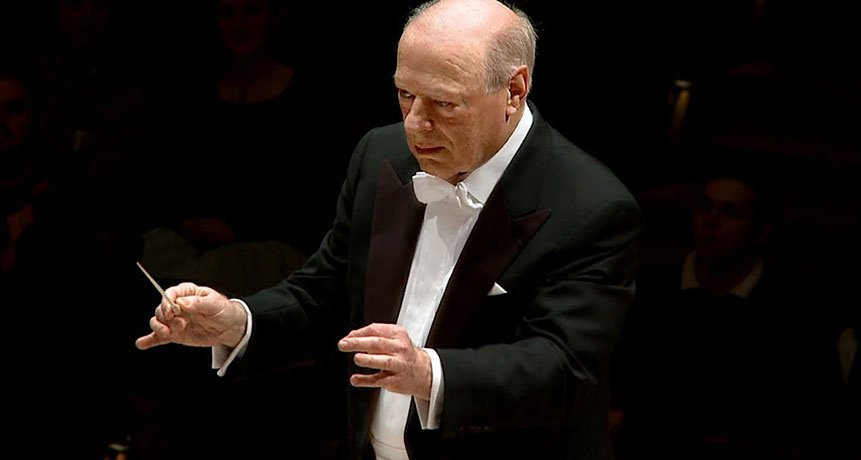 Note for the Newcomer: Though Mahler called Das Lied von der Erde his most personal work, he did not live long enough to hear it performed. Most of his compositions were rarely performed during his lifetime, and he did not achieve his status as one of the 19th century’s greatest composers until after his death.

Bernard Haitink’s conducting career began 62 years ago with the Radio Philharmonic Orchestra in his native Holland.   He went on to be Chief Conductor of the Concertgebouw Orchestra for 27 years, as well as Music Director of Glyndebourne Festival Opera, The Royal Opera, Covent Garden, and Principal Conductor of the London Philharmonic, the Staatskapelle Dresden and the Chicago Symphony Orchestra.  He is Patron of the Radio Philharmonic, and Conductor Emeritus of the Boston Symphony, as well as an honorary member of both the Berlin Philharmonic and the Chamber Orchestra of Europe.

Born in County Durham, mezzo-soprano Sarah Connolly studied piano and singing at the Royal College of Music, of which she is now a Fellow.  She was made CBE in the 2010 New Year’s Honours List.  In 2011 she was honoured by the Incorporated Society of Musicians and presented with the Distinguished Musician Award she is the recipient of the the Royal Philharmonic Society’s 2012 Singer Award.

2016 projects of American heldentenor Stephen Gould include the title role of William Bolkom’s Mac Teague in Linz, Siegfried, Götterdämmerung, Parsifal and Peter Grimes in Vienna, Gurre-Lieder conducted by Zubin Mehta in Munich and under Ingo Metzmacher in Hannover, Tristan und Isolde in Hamburg, Karlsruhe and at Bayreuth Festival, Die Walküre in Tokyo, where he sings his first Siegmund in a fully staged production.