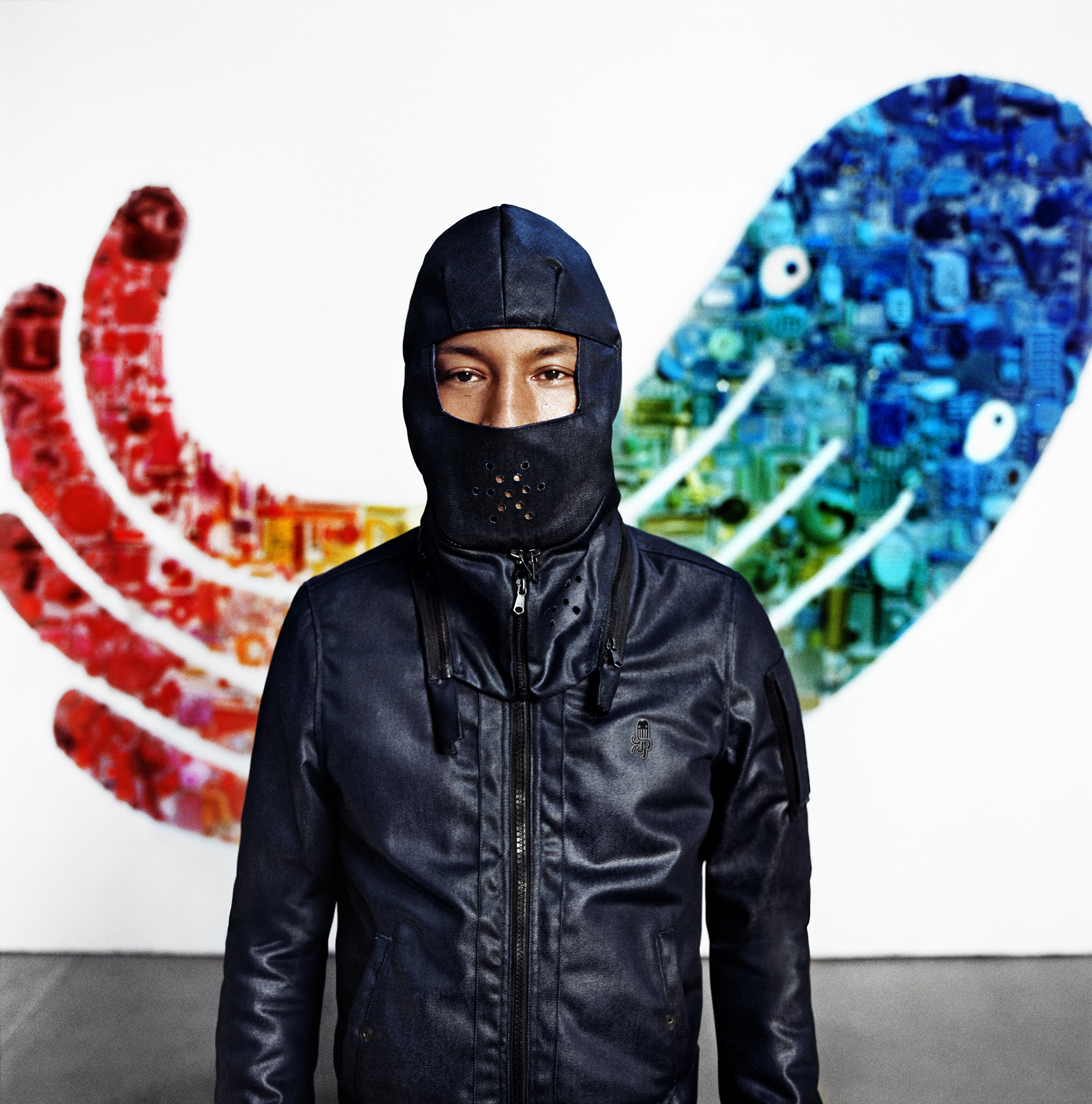 G-Star, Pharrell Williams' Bionic Yarn, and Parley for the Oceans have transformed plastic containers recovered from ocean coastlines into high quality clothing for the third season. In stores August 15th.

Now entering their third season together, partners G-Star, Bionic Yarn, cofounded by Pharrell Williams, and Parley for the Oceans have transformed over 2 million single use plastic containers recovered from ocean coastlines into high quality denim jeans, jackets, and ultra soft tee’s and sweats. The starting point of the collection’s design came from a sketch drawn by Pharrell Williams. Anton Corbijn, one of the most versatile and authoritative visual artists in popular culture today, is the photographer of this season’s Pharrell shoot. The RAW for the Oceans collection for Autumn/Winter ’15 is available online and in stores as of 15th August.

Retrieved by Parley for the Oceans from shorelines around the world, the RAW for the Oceans collection repurposes approximately 700,000 PET plastic bottles each season through its use of Bionic yarn. Since the collaboration’s inception, partner Parley has cleared 53 tonnes of plastic debris from the coastlines of Indonesia, China’s Hainan, and Australia for this dedicated collaboration. 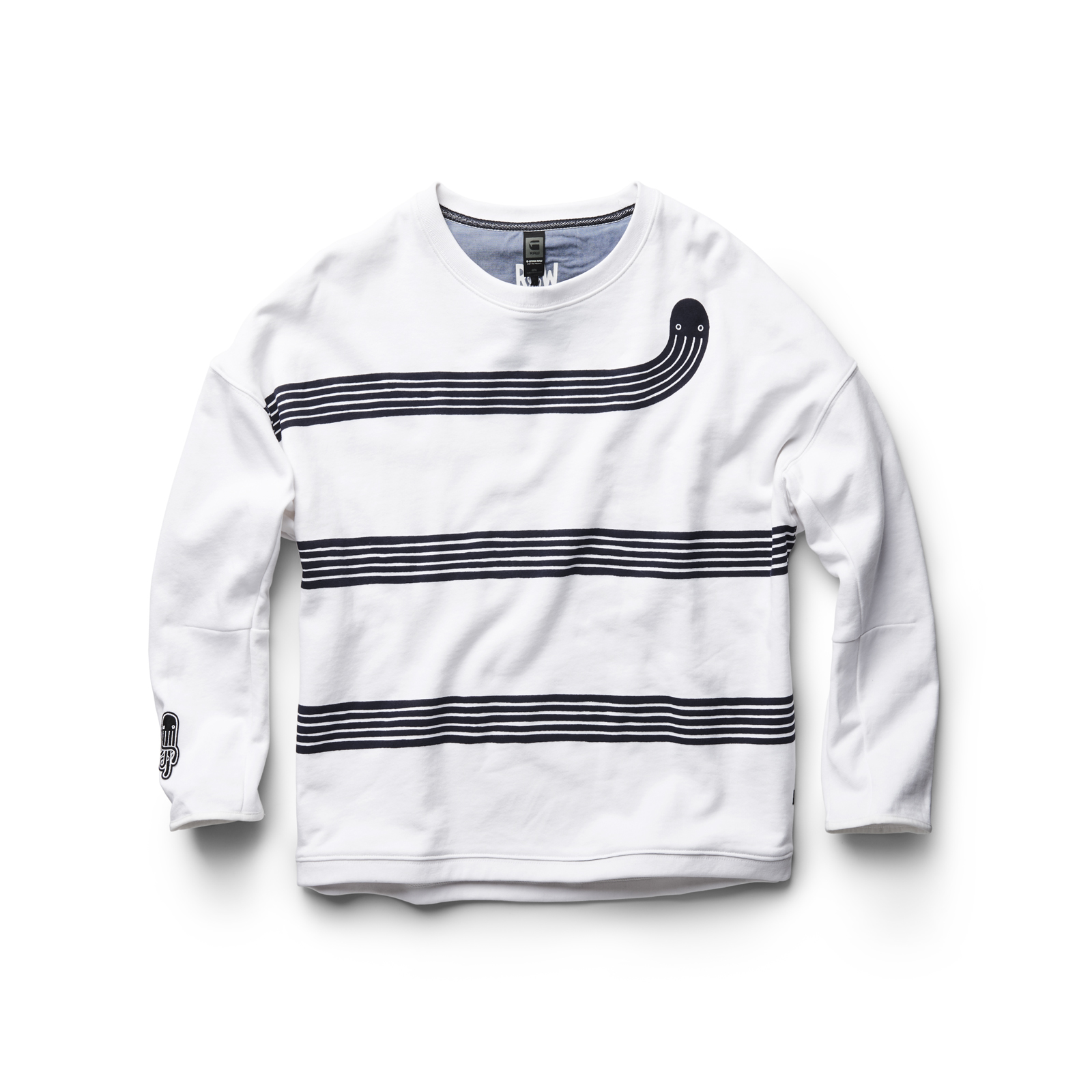 The starting point of the RAW for the Oceans A/W 15 collection’s design came from a sketch drawn by Pharrell Williams of a face-covering hooded jacket. Merging this jacket with features of a submarine escape suit from G-Star’s archive of military garments, the futuristic Occotis HDD Bomber (available in versions for men and women) was formed.

Nautical inspiration continues through the collection, including a classic men’s peacoat in new raw black denim, and Breton stripe pattern using the initiative’s octopus mascot. This season, jeans and jackets made from the world’s first denim from recycled ocean plastic are distressed and patched, and a special chalky white paint treatment given to the women’s Occo Skinny jeans and short. 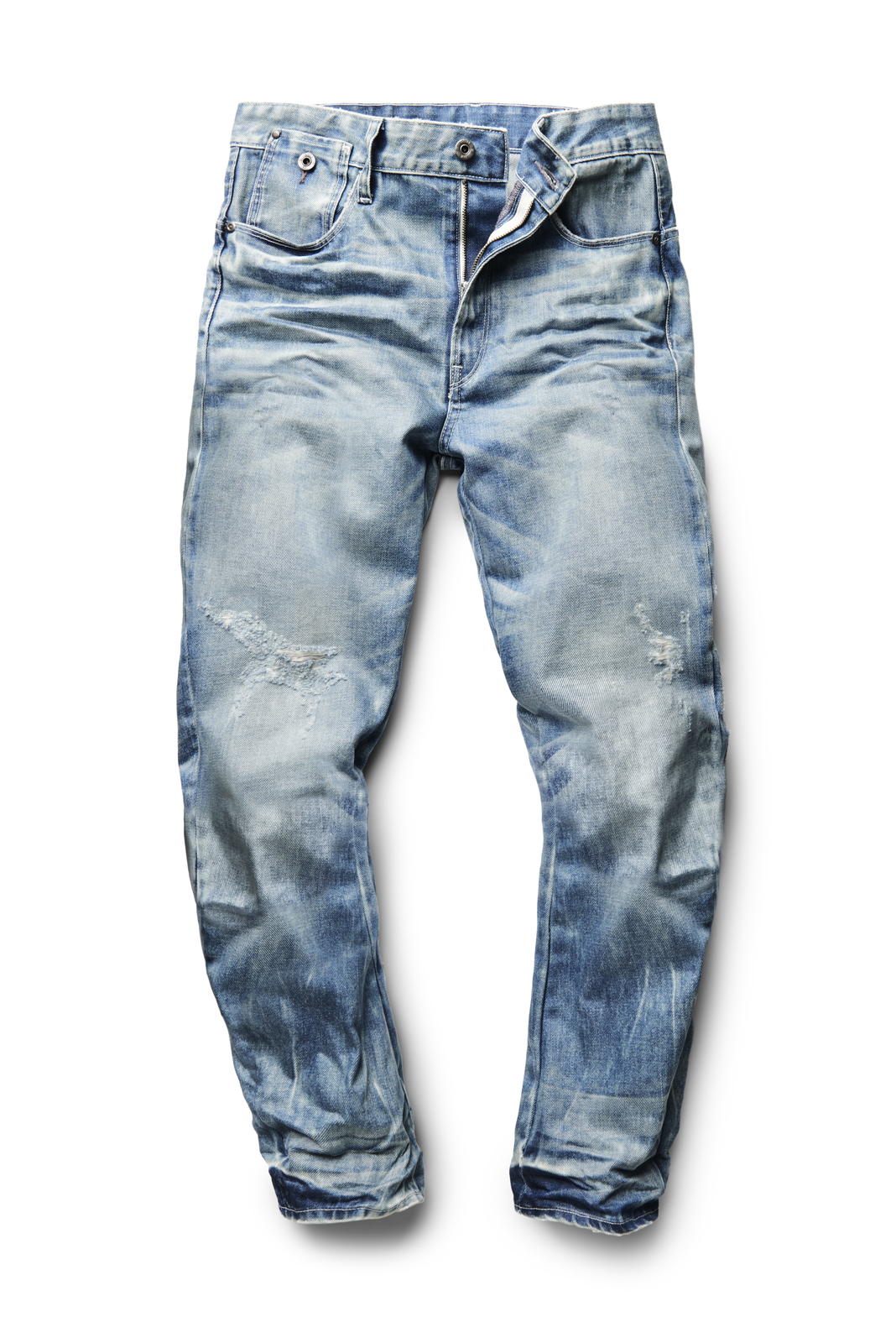 RAW for the Oceans is a collection born from the partnership of G-Star RAW, Bionic yarn, and Parley for the Oceans. Parley spearheads an Ocean Plastic program clearing the coastlines of plastic debris, raising awareness of its harm to the environment and developing new materials, product concepts and production methods – of which RAW for the Oceans is a part – and Bionic Yarn (containing recycled ocean plastic) provides the material and technological innovation that transforms the ocean plastic into high quality textiles, which G-Star builds into garments.

The extent of the ocean plastic problem was recently exposed in a documentary by i-D Magazine. Directed by Jake Sumner, The Plastic Age gives shocking insight into the pollution in our oceans, told through the experiences of surfers, scientists, and solution-seekers – including the RAW for the Oceans initiative – and can be seen here. 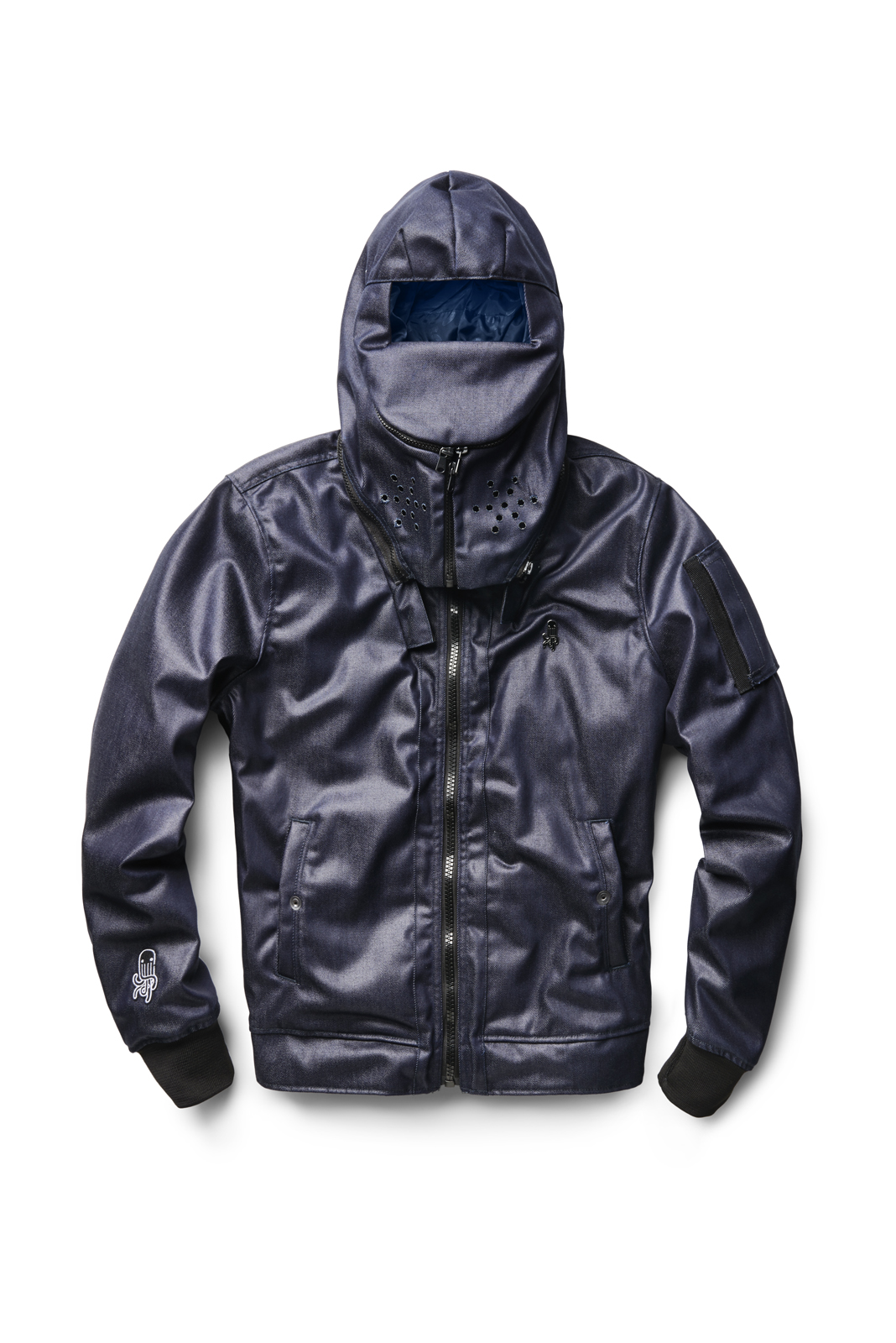 Founded in 1989, G-Star RAW remains driven by a philosophy of “Just the Product”. With this dedication to quality and progress, the brand represents the forefront of the denim industry, producing pioneering products and rapidly growing into a global brand. Since inventing the ‘3D Denim’ approach to jeans construction in 1996, with the creation of the G-Star Elwood, G-Star now offers a wide range of apparel, accessories, footwear, and eyewear, alongside its jeans core.

RAW for the Oceans

RAW for the Oceans is a long-term creative exploration, where Bionic Yarn and G-Star RAW have joined forces to innovate denim while making a serious impact on the plastic pollution in our oceans. The collaboration results in seasonal G-Star collections with the world first denim made from recycled ocean plastic. Parley for the Oceans is the multi stakeholder initiative that brought together all parties of the collaboration, contributing to Parley partner, the Vortex Project. 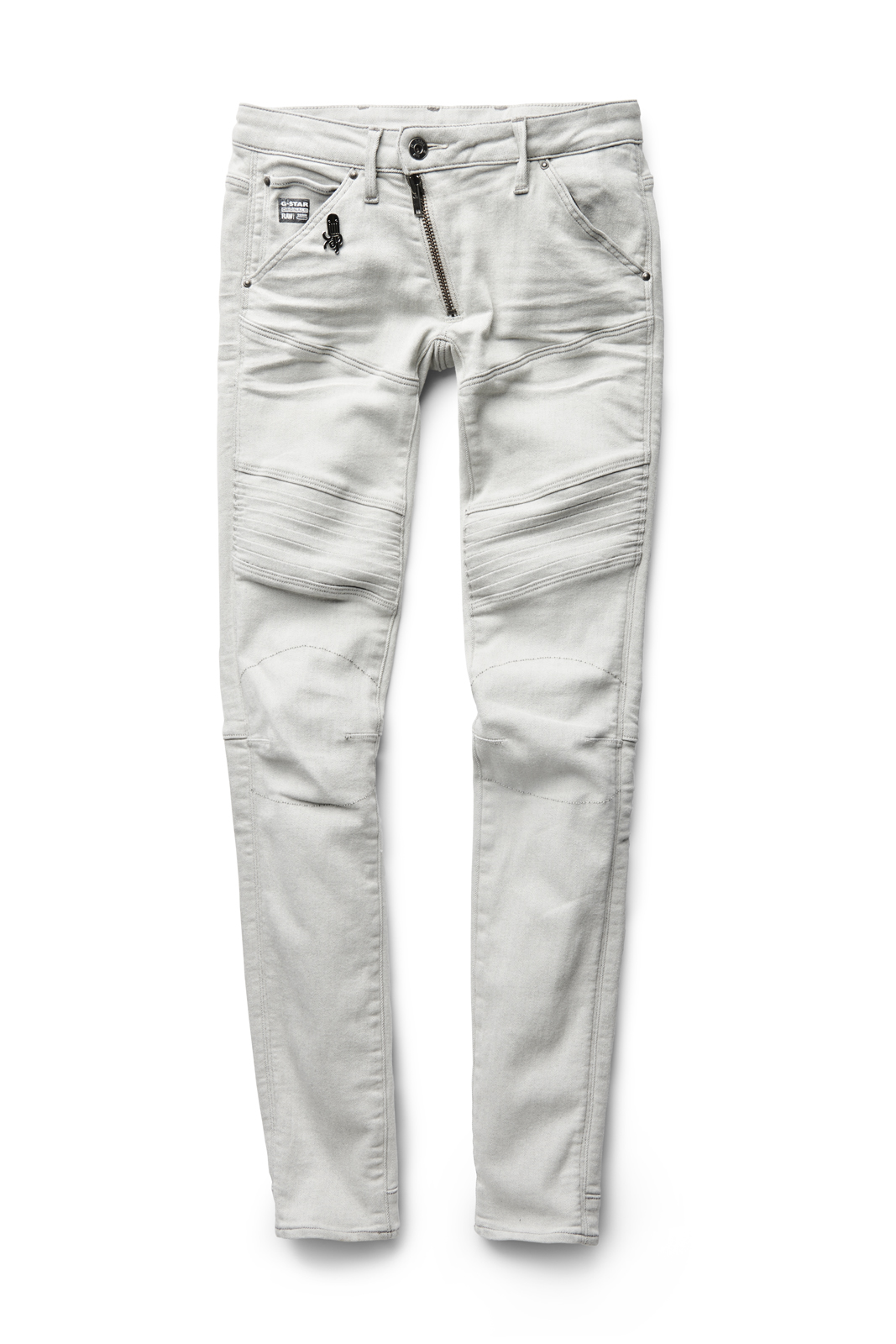 Bionic Yarn is a material innovator, specialized in creating high performance yarn and fabric from recycled PET plastic waste. Since 2013, Bionic has been the official partner of Parley for the Oceans and co-founder of initiative “The Vortex Project”, with the vision to create ocean-friendly production methods and materials.

Parley for the Oceans

Parley raises awareness for the beauty and fragility of our oceans, initiates and manages projects to end their destruction through the unique method of forging collaborations between creative industries, brands, and environmentalists.

Anton Corbijn, the photographer of this season’s Pharrell shoot, is one of the most versatile and authoritative visual artists in popular culture today. Initially as a photographer, Corbijn played a large part in building the image of artists such as Joy Division, U2 and Depeche Mode. Crossing over to film through making music videos, Corbijn has since gone on to make feature films including Control (2008), The American (2010), and A Most Wanted Man (2014). His latest film Life, studying the relationship between James Dean and Life magazine photographer Dennis Stock, will be released in September this year.