Ghislaine Van Loosbroek Viñas and Brad Ascalon partnered with Loll Designs to create 'Sunnyside'. On display at ICFF from May 16-19.

In their first collaboration ever, Dutch interior designer Ghislaine Van Loosbroek Viñas and industrial designer Brad Ascalon have partnered with the outdoor furniture manufacturer Loll Designs to create ‘Sunnyside’, an outdoor sofa and table collection for the residential, hospitality and contract environments. Sunnyside will be on display with Loll during NYCxDESIGN at the ICFF at booth #2226 from May 16-19, 2015.

Born in the Netherlands and raised in South Africa, Ghislaine brings a special blend of international sensibility, intuitive style, humor, irony and refreshing enthusiasm to her work. She is driven daily by her passion for interior design and especially by color.  Ghislaine and her team thrive on collaboration and although the backbone of their work is a strong clean refreshing look, they dare to go “off roading” by experimenting with and exploring many areas of design.

Ghislaine Viñas established her interior design studio in 1999, when commissioned to do the complete build-out of a 9,000-sq-ft office/art gallery in the Starrett Lehigh Building in New York’s Chelsea art district.  Since then she has successfully completed many projects, both commercial and residential, ranging from New York City, including apartments, townhouses, lofts and an art gallery in Chelsea, to offices and homes in Los Angeles, New Jersey, Holland, Pennsylvania and Connecticut.

Ghislaine has chosen to keep her office small so her clients can expect a very “hands-on” personal approach as she works through the project. Ghislaine Viñas Interior Design embarked on their first hospitality project in 2012 and they are currently developing a product line on top of many other exciting design projects.

Ghislaine’s work has graced the covers of countless magazines and she has been published worldwide in publications including: Interior Design, The New York Times, New York Magazine, Departures, Frame,  O At Home, Dwell, Elle Decor Japan, England and Mexico as well as Architectural Digest in Russia just to name a few.

Ghislaine studied interior design at Philadelphia University and moved to New York right after receiving her degree. Ghislaine now lives in New York City with her husband and their two children. 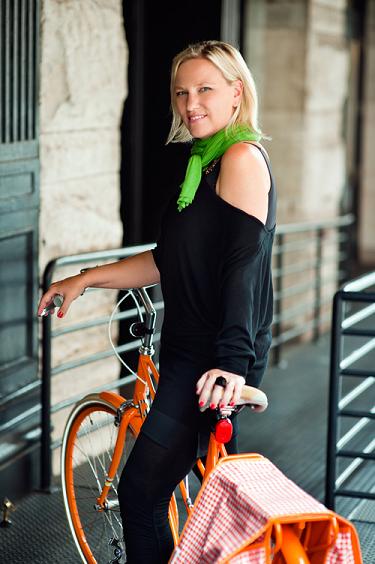 Starting as a side project, Loll was founded in 2006 by a custom skate park manufacturer as a way to repurpose excess material from manufacturing. The skate ramp company was sold in 2007, and a new era has taken shape for the company.

Today, Loll designs and manufactures durable, all-weather outdoor furniture made from 100% recycled plastic – mostly from single-use milk jugs – in Duluth, Minnesota. Our products are for people who are looking for fresh design that’s made in the USA with sustainable manufacturing practices.

Best known for our modern Adirondack chair, Loll’s outdoor furniture adds a unique, contemporary aesthetic to outdoor spaces. Best of all, it requires no seasonal storage or maintenance.