#goldenAge: interactive and non-linear storytelling in the 17th Century 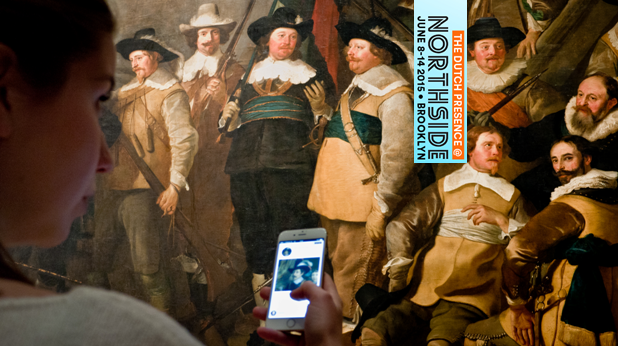 Lava Lab and Amsterdam Museum are selected by the Northside festival in Brooklyn, NYC for a keynote at the innovation conference. This presentation by Klasien van de Zandschulp and Walter Paul Spies is part of the trade mission of the city of Amsterdam to New York City.

Lava Lab and Amsterdam Museum are building a new interactive storytelling application using iBeacons for the exhibition ‘Portrait gallery of the Golden Age’. In this keynote Paul Spies, director of the Amsterdam Museum, will give you an introduction to the exhibition ‘Portrait gallery of the Golden Age’ and Klasien van de Zandschulp, Interaction designer at Lava Lab, will show you the creative process behind this open source tool for museums that offers an alternative to traditional top-down information by offering non-linear ways of storytelling.

There are infinite possibilities by the advancement of modern technology to develop personal ways of storytelling in which art history can be brought to modern times in the language and media we are used to interact with. Therefore Lava Lab and Amsterdam Museum want to inspire museums to open up and break away from the traditional way to deliver information and offer engaging ways to experience art. We aim to build the future of storytelling by re-purposing the IoT for the public sphere. This talk will illustrate how the use of technology in innovative ways can help to push the boundaries of how museums deliver the content behind an exhibition.

Klasien van de Zandschulp works as designer & curator for Lava Lab and as an independent interaction designer. Klasien designs the way people interact with, and use, their digital environment by creating usable interfaces and interactions in public spaces.

Klasien’s work focuses on mobile technologies such as augmented reality (AR) and locative media. She founded and created several digital art projects like the first virtual festival in history ‘Zo niet, dan toch’ and the location based audio and storytelling platform HearUsHere. She has worked in the past for companies like Layar (mobile Augmented Reality) and Mediamatic Lab (interactions in public spaces using RFID technology). 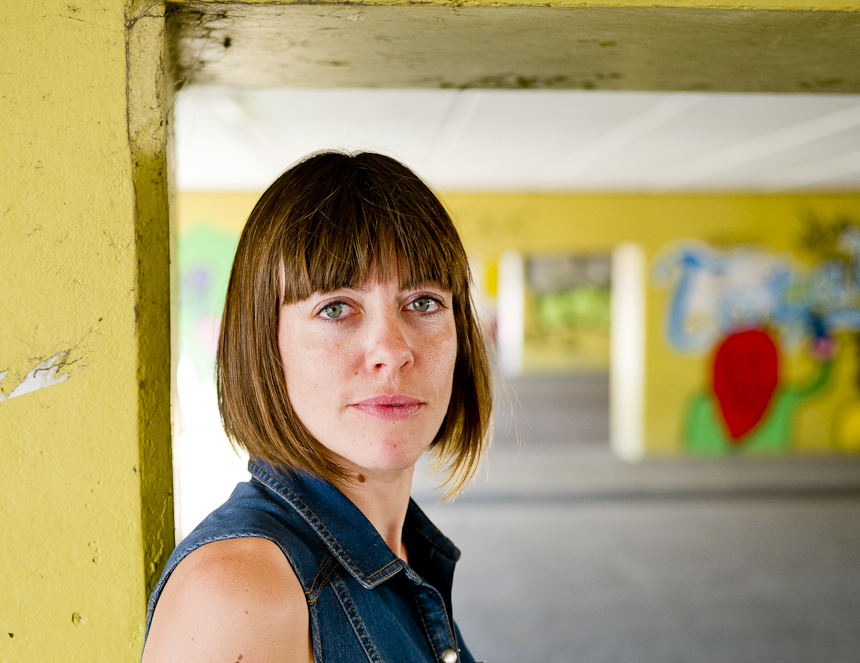 Amsterdam was long ago a small settlement on the Amstel River that became the centre of 17th Century world trade. Today, Amsterdam is a vibrant international city with its distinctive appearance and independently-minded inhabitants. The Amsterdam Museum reflects the tolerance, enterprising spirit and individuality of a city that for centuries has attracted people from the four corners of the earth. The Antwerp merchants and the Sephardic Jews in the 17th Century, the farmers from Friesland in the north of the country and Brabant in the south in the 19th Century have all contributed to the shaping of a unique international city. In the Amsterdam Museum, one shares in their experiences.

Paul Spies was born in 1960 in Amsterdam-Slotervaart, the youngest son of a dentist.  He graduated with distinction in Art History and Classical Archaeology at the University of Amsterdam in 1986.

In 1987 he founded D’ARTS with two colleagues, advising and organising projects in the field of art history. D’ARTS produces exhibitions, books, television programs and publicity campaigns. In addition, Paul was the director and governor of the foundation that opens the Soestdijk Palace to the public (2006-2008).

Paul is also involved in several additional (pro bono) activities partly related to Amsterdam: Board member of AUB (since 2009), the Theo Thijssen Museum (since 2001) and Chairman of the Foundation La Vie sur Terre (since 2008), which is the corporate body of composer Merlijn Twaalfhoven’s big projects. 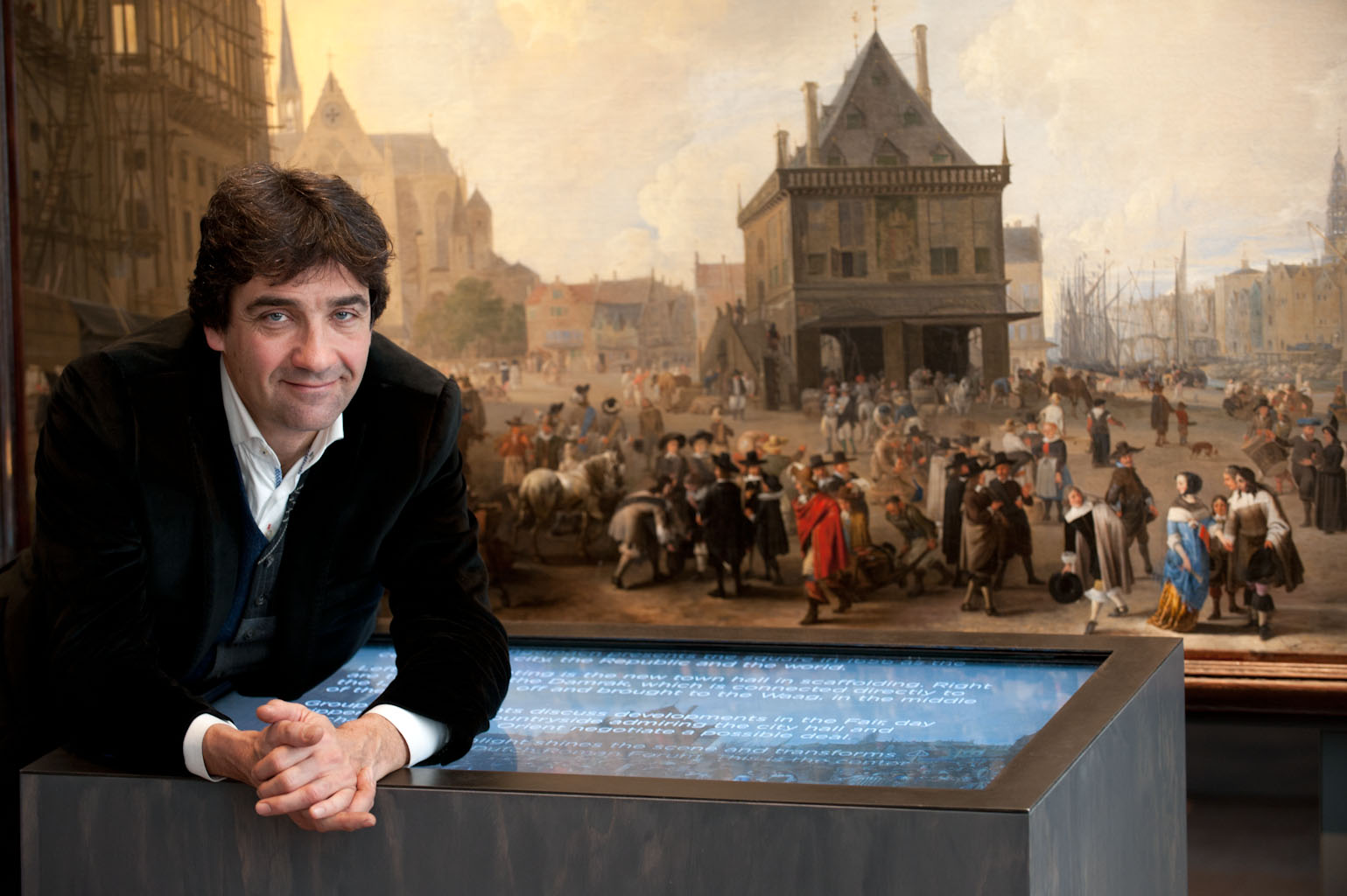 #goldenAge: Chat with your friends of the 17th Century

The project #goldenAge represents new ways of bringing art history to life by creating a non-linear storytelling using interaction and a modern ‘social media’ language. An open source approach to art in which loosely coordinated art characters of the paintings socialise with the user.

This project is part of the “Portrait gallery of the golden age” an exhibition combining thirty enormous 17th Century group portraits from the collections of the Amsterdam Museum and the Rijksmuseum brought together for the first time and on display at Hermitage Amsterdam from the 29th of November 2014. The exhibition shows regents, archers and merchants from all different classes, backgrounds and religions, standing shoulder to shoulder like brothers and revealing the past that defines the Dutch in the present way.

The app #goldenAge brings the characters of the exhibition to life via mobile technology and iBeacons (Bluetooth transmitters) and allows the public to interact and socialize with them. Using social media messages the audience becomes friends with the Golden Age heroes. The audience receives status updates from characters such us Rembrandt van Rijn to learn how he communicated with his clients, learns about the creation of the city hall on Dam square via private messages of the mayor Frans Banning Cock and ‘like’ the update of Govert Flinck who created a selfie in his painting “Company of Captain Joan Huydecoper and Lieutenant Frans van Waveren Celebrating the Treaty of Münster”.

In essence the project translates the stories behind networking and power in the 17th Century into a social media language of today in a way the young target audience can relate to. This makes a fun and intuitive learning experience. The project is being developed as an open source platform that is open and free to use by every other museum or exhibition creator and can be adjusted to different content and stories.