GRIMM And Upstream Gallery At The Armory Show 2016

From now until March 6 GRIMM and Upstream Gallery exhibit amongst others artwork of Dutch artists.

From now until March 6 GRIMM and Upstream Gallery exhibit artwork of amongst others Dutch artists at The Armory Show.

It’s with great pleasure that GRIMM presents a number of pictures from the series ‘Imperial Courts’ by Dana Lixenberg (1964, NL) at this year’s edition of The Armory Show. Other highlights include a new monumental drawing by Charles Avery (1973, UK) that is part of his on-going project ‘The Islanders’ and depicts the enclosure of the Zoo. It is a sneak preview on his solo exhibition with the gallery in October 2016.

Nick van Woert (1979, US) who fascinated by the evolution of materials in architecture and art, presents new sculptures. In his works he investigates the move from monolithic materials of classical figures to the fake hollow plaster casts we use to reproduce them today. In Among the Sierra Nevada Mountains – Albert Bierstadt 1868 (2014) Van Woert refers to nineteenth century landscape painting and the fuelled image of America as the promised land.

Ironically enough, he uses all kinds of consumer products. Furthermore there are new works by Dave Mc Dermott (1974, US), Volker Hüller (1976, DE) and Eric White (1968, US). And finally, three landscapes by Dustin Yellin (1975, US) will be on display. His illusionary and seemingly three-dimensional objects depict tiny mythological subjects and human figures in earthly scenery. It is the first time that the gallery is presenting work by this artist at an international art fair.

GRIMM founded by Jorg Grimm and Hannah Reefhuis in 2005, has become one of the leading galleries for contemporary art in the Netherlands. Since 2010 the gallery is located in the city center of Amsterdam nearby the museum square at the Frans Halsstraat 26, representing more then twenty international artists. Grimm aims to show and promote the best artists of the contemporary international art scene 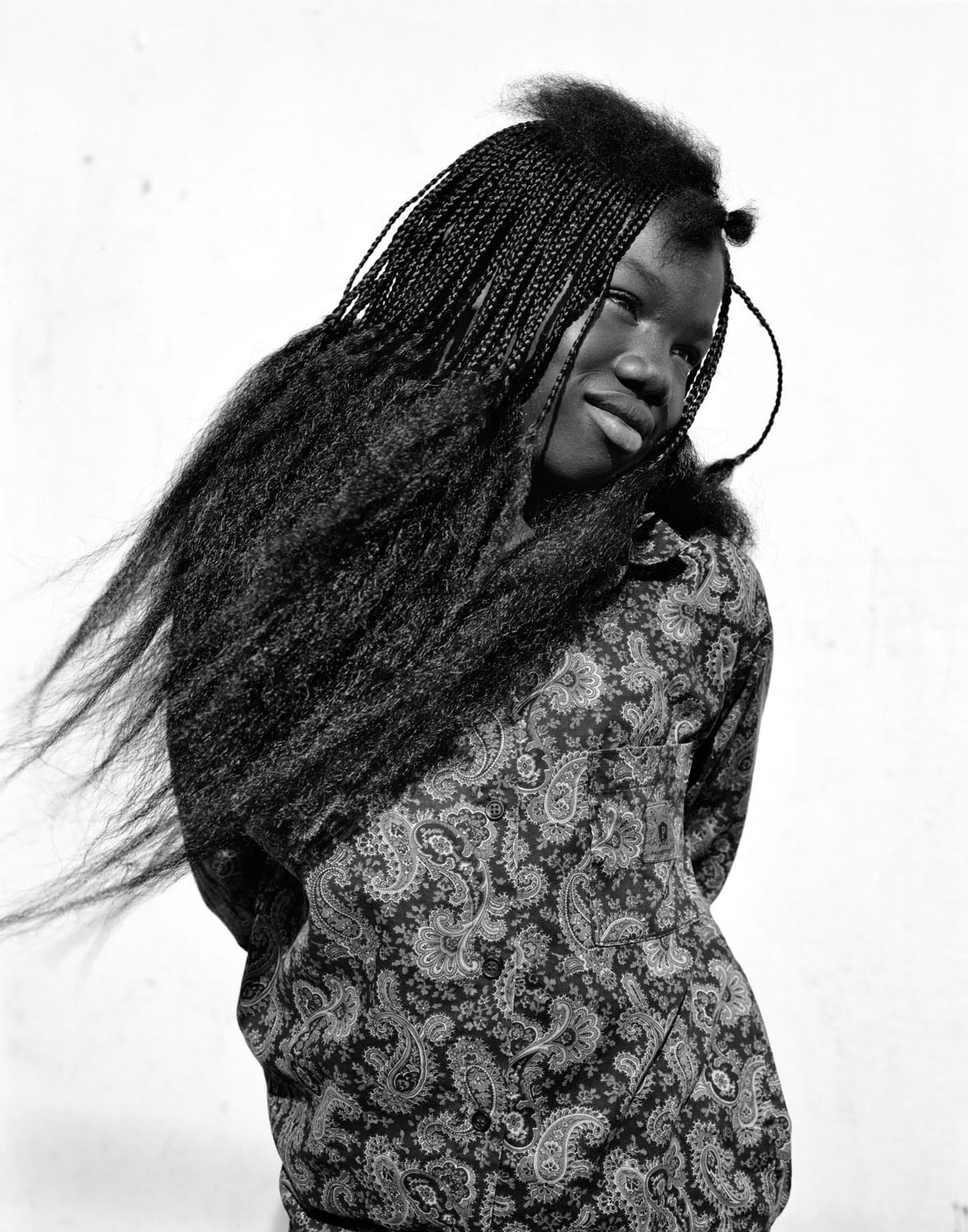 Upstream Gallery is pleased to present the work of artist David Haines. A particular technology related anxiety underpins the new work of British/Dutch artist David Haines. In a two channel video work and series of drawings, he weaves dialectic structures to shore up the symbolic existence of on line identities – the flesh and the code, the physical and the spiritual, the hyper-real and the abstract.

In his new two channel video work ‘A Composition with Words, Images and Reflections’, Haines takes his viewer on a cyber journey through the bedrooms of online ‘chat boys’ in search of materiality. A synthesized voice advances through the work, narrating parts of lectures given by the philosopher and theologist Alan Watts in the 1960’s on the desire and yet impossibility of treating the ego as a physicality. Haines’ search for materiality is delineated further when the footage ruptures through optically dazzling abstract animations and hypnotic dance beats. This inescapable physical interface is weighted against the otherwise cold landscape of digital code, laying bare the ‘otherness’ of these appropriated dematerialized bodies.

Represented identity is exposed further in a new series of graphite ‘portraits’ and still lifes. Through the reconstruction of images found online, the bodies Haines exposes in these works are no longer abstract code but hyper real graphite – material substance smeared, smudged, erased and redrawn. A hyper awareness of surface pervades the works. Screens reflect, synthetic materials crease and shine, flesh glows. A pulsating reference to technology permeates throughout the drawings. A boy poses in front of lifeless screens, their cables hanging like extorted entrails paralleling the two slimy hearts he holds in his hands, an offering to the viewer that is no longer symbolic code but meat, no longer virtual code but a real physical mark. A bed scene depicts two boys engaging narcissistically with a scanner, futilely printing out specular images of their body parts for each other, desiring release from a virtual world that does not exist. A new series of still lifes also seek to reconcile the flesh and the code, an iPad appears differed against a blood soaked heart that appears to vibrate, the image paused, it has the potential for movement but for now it is just a screen, simply pixels. These works show the uneasy relation of symbolic existence and propose that the indexical experience of looking at drawing is even more vital in the post digital world.

Upstream Gallery was established in 2003 by Nieck de Bruijn. The gallery quickly gained a credible international reputation among collectors, art institutions and critics, and is a perfect example of Amsterdam’s internationally renowned contribution to contemporary art. With a focus on radical, engaged, conceptual and post-internet art Upstream Gallery brings pioneering and critical work from artists from the Netherlands and abroad.

David Haines is a British artist who lives and works in Amsterdam. He makes videos and large scale hyper-realistic pencil drawings on paper. In his work Haines combines contemporary images of Northern youth culture and stories from myths and legends. He studied at Camberwell School of Art in London and the Rijksakademie van Beeldende Kunsten in Amsterdam.

His work has been exhibited at places such as the Stedelijk Museum, De Appel and the New Art Space (NASA) in Amsterdam. In the UK his work has been shown at The Turner Contemporary, MIMA, Fruitmarket Gallery Edinburgh and the Bluecoat, Liverpool. In 2011 he exhibited as part of the 12th Istanbul Biennial. Haines has had four solo exhibitions at Upstream Gallery. The most recent was ‘Radiant Bodies: The Spirit and the Index’, featuring a new series of meticulously crafted graphite drawings and a rhythmic textual video project. 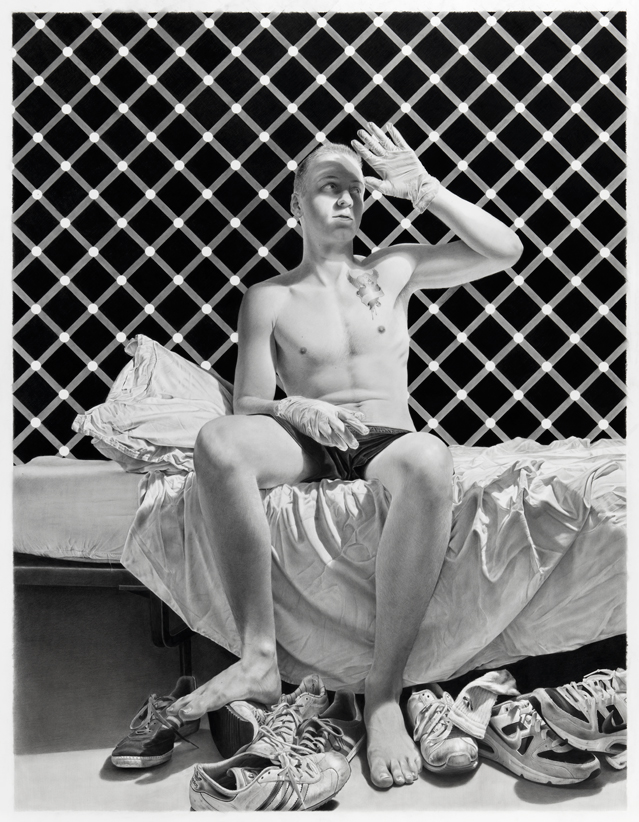