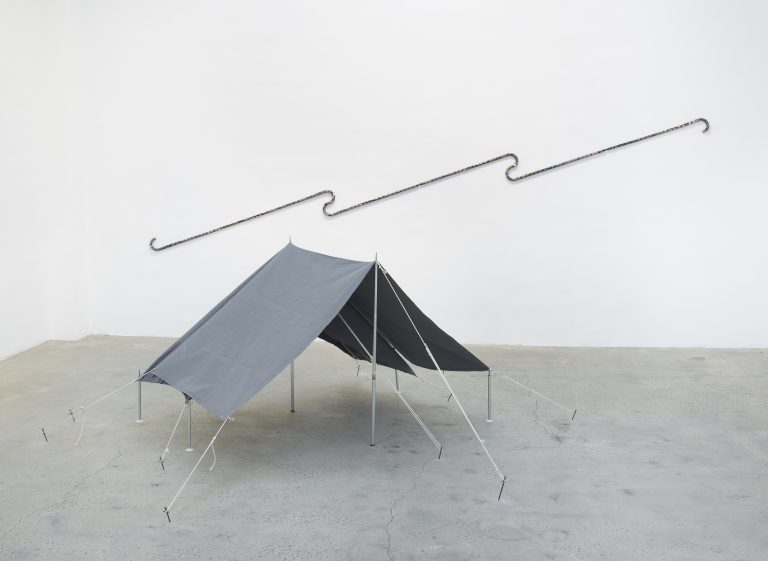 GRIMM is proud to present the first solo presentation of works by Ger van Elk (NL, 1941 – 2014) to be shown in the United States in 30 years, since his solo exhibition at the Museum of Modern Art, New York, NY in 1975 and his solo exhibitions at The Art Institute of Chicago, IL and Marian Goodman Gallery, New York, NY in the 1980s. The Exhibit will be held from January 18 – March 3.

Van Elk is considered to be one of the pioneers in the Conceptual Art movement, although he never committed his practice to a singular classification. His multifaceted oeuvre ranges from Arte Povera to Pop Art, from minimal site-specific interventions to innovative video presentations. Van Elk was active in the defining stages of an international generation of artists in the 1960s and partook in groundbreaking exhibitions such as When Attitudes Become Form and Op Losse Schroeven (both in 1969). Throughout his career, which spanned over five decades, Van Elk explored the limits of image-making and its relationship to reality, reconfiguring ordinary scenes and bringing them into the realm of the absurd with simple and efficient gestures as quotidian as the scenes themselves. His style has been in constant flux, embracing new techniques and innovative media, whilst maintaining a dialogue with the history of art.