When Theodore Kaczynski, the infamous “Unabomber” left his career as a mathematician at Berkeley to move to Lincoln, Montana in 1971, he built himself a replica of Henry David Thoreau’s simple cabin on Walden Pond. Like the famous American philosopher-writer, he wanted a pared down life closer to nature. Unlike Thoreau, while eschewing modern comforts such as running water, he began a lone wolf campaign to attack industrialized, technological society using homemade bombs. He made these powerful weapons from everyday material sourced from hardware stores along with a basic set of tools. In 2011, the artist Nick van Woert purchased Kaczynski’s tool set and clothing from an online police auction; he cast the items in bronze using one-off sand molds of the objects and included the casts in a work titled, Improvised Munition (2011). Van Woert latched onto both Kaczynski and Thoreau as well as other counter-cultural, radical environmentalist figures such as MOVE, the Earth First movement, and Luddites who fought to preserve not only the natural environment but also a way of life that sought to be in concert with nature rather than dominate it through technological means. Educated first as an architect before becoming an artist, in coincidental symmetry to Kaczynski’s cabin, van Woert built a to-scale, architectural replica of the house where MOVE, a group of radical black-liberation, hunter-gatherers, lived in Philadelphia until it was firebombed by police in the 1970s. 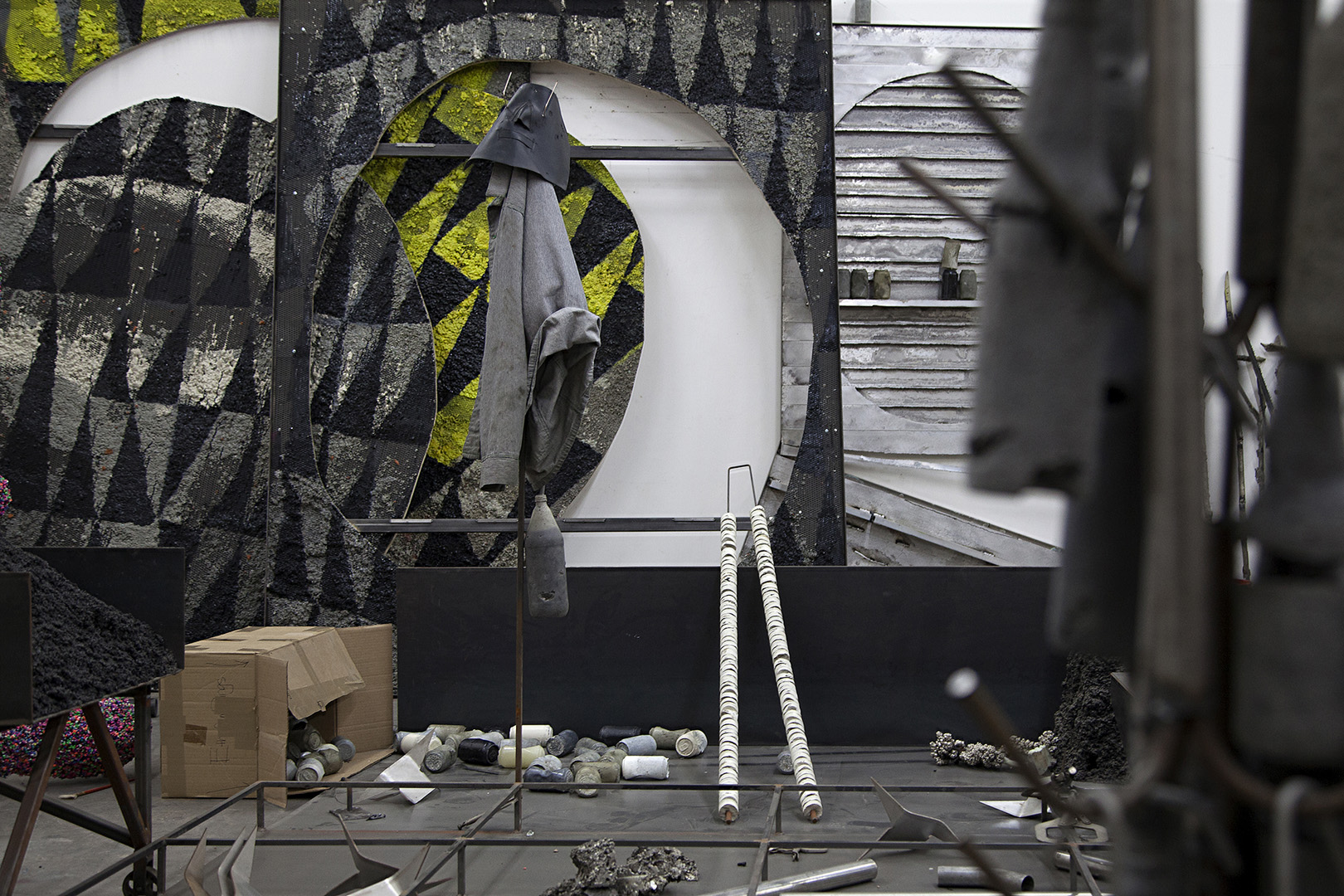 Nick van Woert (b. 1979, Reno, NV) is a Brooklyn-based artist. He received his MFA from Parsons in 2007 and completed residencies at Zabludowicz, in Sarvisalo, Finland; and at The Edward Albee Foundation in Montauk, New York. His work has shown widely, both nationally and abroad, including recent museum exhibitions at the Gemeentemuseum Den Haag in The Hague, Netherlands; and at MAMbo, the Museum of Modern Art in Bologna, Italy. Solo gallery exhibitions include GRIMM in Amsterdam; Yvon Lambert in Paris and New York; L&M in Los Angeles; and Moran Bondaroff in Los Angeles. Upcoming exhibitions include GRIMM, New York in June and Patron Gallery, Chicago in September 2017.