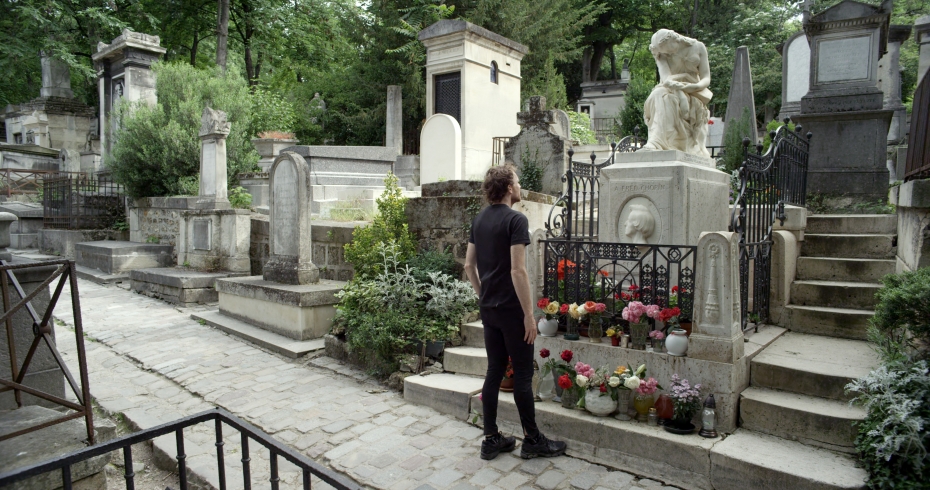 Nummer veertien, home, a multilayered and complex film, the structure of which is based on that of a classical Requiem: three movements and twelve acts. The film poetically interweaves tales of Alexander the Great, the death of Frédéric Chopin, and van der Werve’s own personal narrative. When Chopin died in Paris, his sister vowed to fulfill the composer’s wish of bringing his heart back to his native land of Poland; she succeeded in smuggling his heart out of France and carried it to Warsaw where it was interred in the Church of the Holy Cross. For Nummer veertien, home, Van der Werve performed a 1,000-mile triathlon (swimming, biking, and running) from Warsaw to Paris – seven times the length of the Ironman Triathlon – retracing the path that Chopin’s heart travelled to its final burial place. Nummer veertien, home explores themes common to van der Werve’s work, such as physical endurance, man’s struggle with nature, the crossover between history and geography, melancholy and the solitary – all presented in van der Werve’s surreal and deadpan sensibility.

Guido van der Werve was born in Papendrecht, the Netherlands in 1977 and currently lives and works in Finland, Amsterdam, and Berlin. Van der Werve pursued studies in industrial design, archaeology, music composition, and Russian language and literature at several universities in the Netherlands before beginning to create his first video documented performances around 2000. Since that time he has created a variety of works, including films, videos, and artist’s books in chronological order from two to fifteen.