Han Bennink performs in the US, Jan-Feb 2014

Renowned Dutch drummer Han Bennink, a pioneer in jazz and improvised music since the 1960s, is known as much for his deep rhythmic feel as his ability to coax music out of chairs, floors and random objects. Bennink tours the US in 2014 and is joined by violinist and violist Mary Oliver, a vital member of diverse European music scenes.

Drummer and multi-instrumentalist Han Bennink was born in Zaandam near Amsterdam in 1942. His first percussion instrument was a kitchen chair. Later his father, an orchestra percussionist, supplied him with a more conventional outfit, but Han never lost his taste for coaxing sounds from unlikely objects he finds backstage at concerts. He is still very fond of playing chairs.

Violinist/violist Mary Oliver was born in La Jolla, California. She completed her studies at the University of California, San Diego where she received her Ph.D for her research in the theory and practice of improvised music. Her work as a soloist and ensemble player encompasses both composed and improvised contemporary music. Oliver has premiered works by a.o. John Cage, Chaya Czernowin, Brian Ferneyhough, George Lewis, and Iannis Xenakis and has worked alongside improvising musicians and dancers such as Han Bennink, Mark Dresser, Katie Duck, Cor Fuhler, Rozemarie Heggen, Joëlle Leandre, Thomas Lehn, George E. Lewis, Phil Minton, Alexander von Schlippenbach and Michael Schumacher. 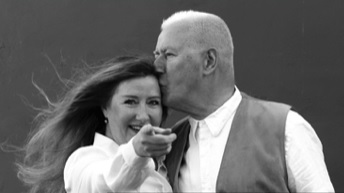