From January 5 until February 4, Marianne Boesky Gallery in New York presents a selection of new works in ‘Hannah van Bart: The Smudge Waves Back’, the Dutch artist’s fifth solo exhibition with the gallery. The intimately scaled portrait paintings featured in the exhibition engage viewers in an investigation of mood and atmosphere, highlighting van Bart’s innate ability to capture the psychologies and personas of her invented figures. Van Bart draws inspiration from found images and fragments of personal experiences, gravitating to a single element; a bent elbow, a piece of clothing, or a gesture, for example, which she then reinterprets through an array of characters that she develops organically on the canvas. The women and men that spring from her imagination exist in a timeless space; their clothing offering the only subtle hints to a specific era or background. In stripping her figures of cultural and historic orientation, van Bart amplifies the significance of gaze, posture, and pose to convey attitude, personality, and psychology. This poignant inward focus elicits at once a deep intimacy and a hollowing distance between the viewer and the subject. Van Bart approaches her paintings as a singular whole, blurring the formal boundaries between foreground and background and inward and outward components. The resultant image appears to fluctuate between a concrete and dream-like state. Details of the face, body, and landscape are painted and then washed away, the canvases accruing layers of visages much like memories; some seemingly faded and distant and others sharp and immediate. 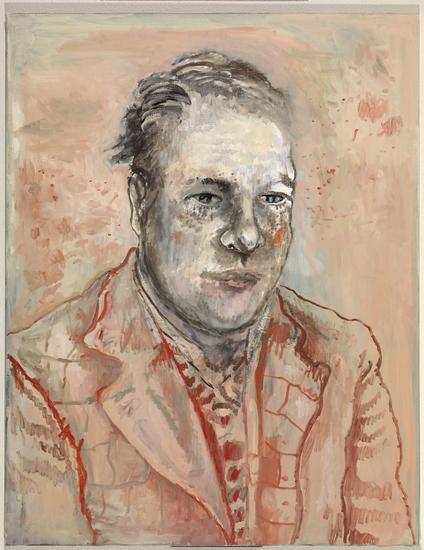 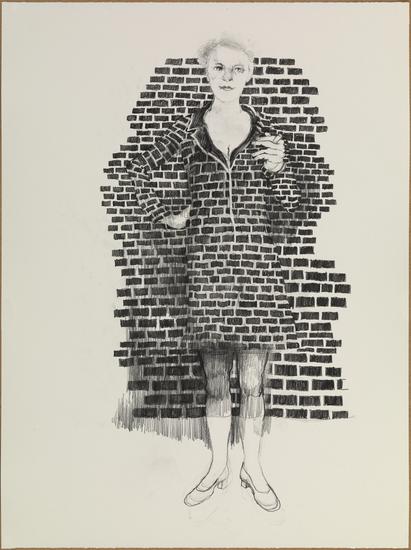 “I build my paintings with bricks made of damp, moist air. Or at least that is how it sometimes feels for me,” said van Bart. “As a young person I lived near an old castle and spent many hours drawing that castle. This group of works brought that experience back to me. I work until I feel there is something happening that makes me look and then makes me look again.” This goal is intensified through her repeated patterning and distinctive outlining; for example, a brick-like motif in some instances is very heavy and bold or in other instances is obscured and worked over. Colors likewise indicate her explicit use of a palette reminiscent of a “damp” landscape; muted red, green, blue, and brown tones bleed out from the figures’ frames and clothing onto the minimalistic background features of bricks or tree branches, deepening the ambiguity between the figure and its environment. For van Bart this process expresses that painting can be a simultaneous manifestation of reality in paint and creation of a new reality that springs from the paint. She says the sensation is best encapsulated in a passage that she read in David Mitchell’s The Thousand Autumns of Jacob de Zoet. In the text, the protagonist is waving goodbye to his son, and it reads: “The figure on the watchtower is an indistinct smudge. Jacob waves. The smudge waves back, with two smudged arms, in wide arcs.” Of this van Bart says, “When I read these lines, I was completely blown away. Here the smudge has become extraordinarily meaningful—a keystone, a monument in itself. I was thrilled and shocked.” Indeed, van Bart often finds inspirations or affirmations in literature, and as such the title of this exhibition is taken from the aforementioned novel. Within the exhibition, van Bart will show new works created over the last year. She shifts to a smaller scale for these works, preferring the way the confines of the canvas increase the strength and impact of the details. Many of the new works depict women; their faces feel familiar, as though they could each be the same woman, and yet their personas are vividly unique. Depicted in full-body and cropped to the face and shoulders, van Bart’s women and men are infinitely compelling, calling out the viewer to connect to the emotions of the moment and to question the status of existence in paint. 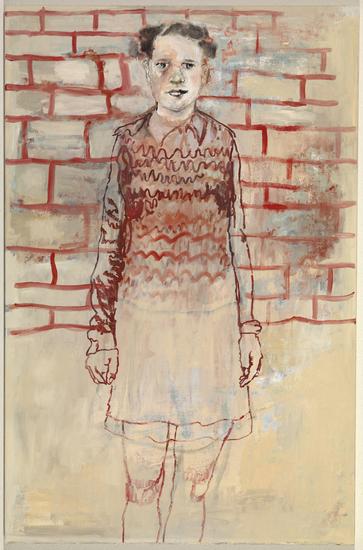 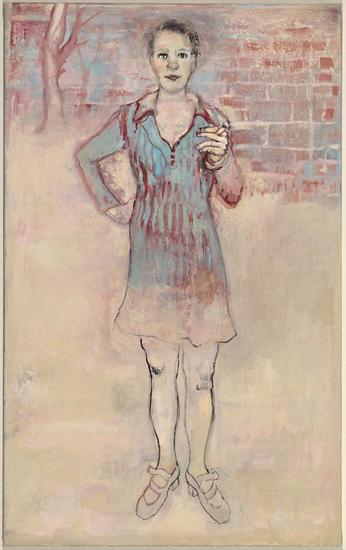 Hannah van Bart was born in 1963 in the Netherlands, and lives and works in Amsterdam. She has exhibited at the Gemeente Museum in the Hague and the Cobra Museum in Amsterdam with accompanying catalogues. Van Bart has also shown in numerous group exhibitions including at the Stedelijk Museum, the XIe Biennale de Lyon, and at the Singer Laren, as part of the exhibition Van Cobra tot Dumas. She has previously been featured in a television interview on 4 Art on Kunstuur with Dutch art critic and writer, Hans den Hartog Jager, and her work has been covered in many art magazines and journals. In 1994, she was the recipient of the Royal Award for Fine Art Painting and in 1998 of the Philip Morris Kunstprijs.

Marianne Boesky Gallery was established in 1996 in Soho, New York City. Since its inception, the Gallery’s mission has been to represent and support the work of emerging, mid-career, and established international artists of all media. The gallery moved to its flagship space in Chelsea in 2005; in concert with this move, the gallery added several critically recognized emerging artists to its roster such as Jay Heikes, Adam Helms, Anthony Pearson, Diana Al-Hadid, and William J. O’brien. Currently, the gallery has a second location in an old-world townhouse on the Upper East Side of Manhattan, dedicated to mounting a series of curated exhibitions that provide historic context for the gallery’s artists. A third new location named Boesky East, which opened in September 2014, showcases gallery artists and projects in the more cutting edge context of New York City’s lower east side.