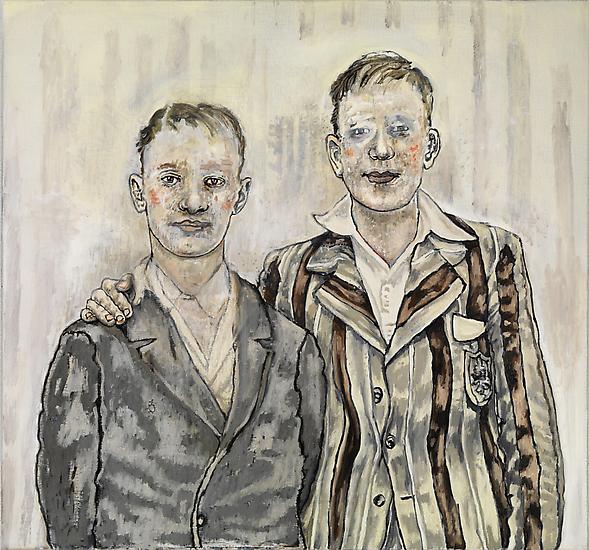 From May 3 until June 14, 2014 Marianne Boesky Gallery presents the solo exhitibion of Dutch artist Hannah van Bart. An opening reception will take place on Saturday May 3, 6-8pm. 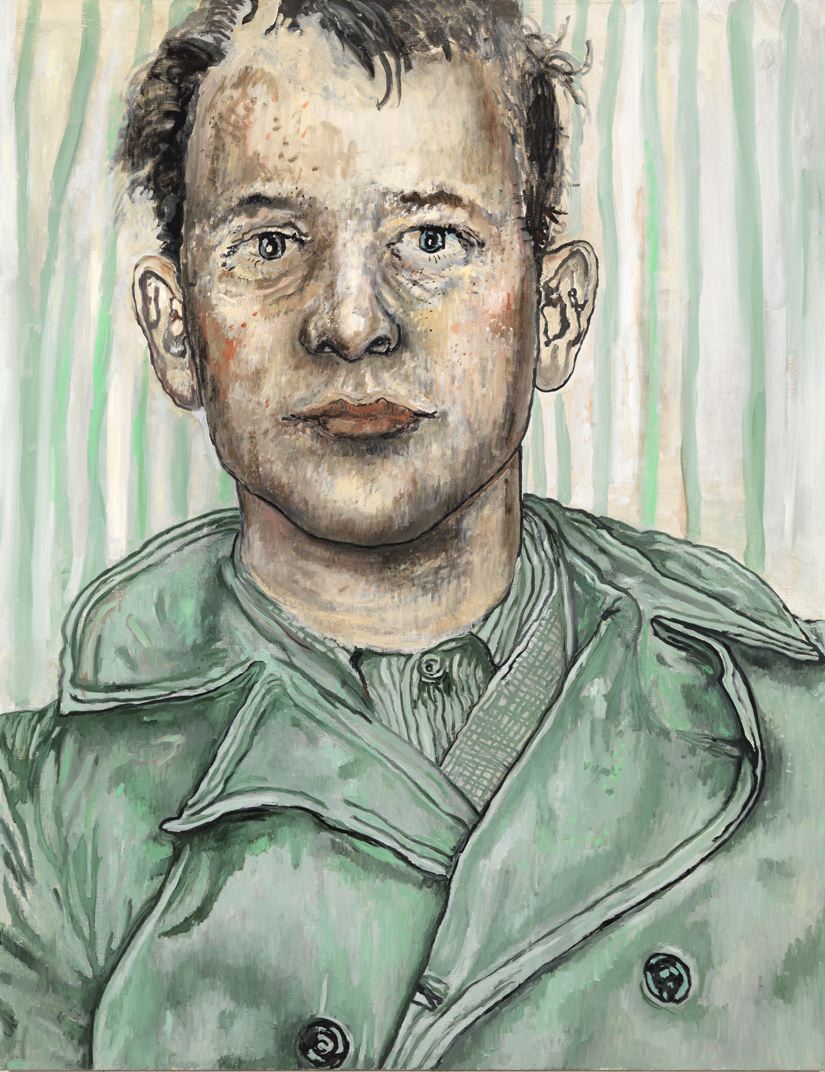 Continuing her figurative painting practice, Hannah van Bart presents a new series of incisive portraits. Depicting solitary figures, van Bart offers a range of complex individuals and moods, each rendered with his or her own respective physiognomy, persona, and psychology.

Using found photographs as a departure point, van Bart allows her subjects to deftly drift away from their original sources. Expressions are repeatedly added and washed away in dynamic flux, as each canvas accrues innumerable visages and layers. Through this labored process the portraits transfigure into representations sprung from the artist’s imagination with only a vestige of the original image. Concurrently, van Bart seeks a certain veracity in her nameless faces, whereby the process pushes her to realize forms and features that register the unknown figures as “real;” willfully born into existence.

The resultant men and women, girls and boys, of van Bart’s canvases, whether proffered in tightly-cropped studies of countenances or full-length portraits, do not divulge an easily identifiable time period. While allusion to an earlier era is discernible in the fashions, the figures elude a feeling of nostalgia and evoke Merleau-Ponty’s assertion that, “The lived present holds a past and a future within its thickness.” The enduring gazes of van Bart’s painted faces fluctuate between expressions of confidence, vulnerability, or steadfastness. Occasionally elements or features reappear from one figure to the next—a collar or a pattern or a nose finds its way to another face—which van Bart equates to “a house that gets new occupants.” Colors likewise recur, where expressionistic rusts, greens, and blues sometimes escape the margins of the wearer’s clothing, bleeding into the background anchoring the figure into his or her narrative. The settings themselves occupy a dreamlike space articulating the artist’s desire to “bridge the gap between the unknown territory of the figures and their atmospheric surroundings.”

There is a marked fluidity in van Bart’s approach to her distinctive portraits. The artist takes long walks most days in and around her native Amsterdam and along the river Amstel.  Such activity is reminiscent of the flâneur figure chronicled by Baudelaire and Benjamin alike, wandering and observing the modern city. For van Bart, the ambulatory exploration offers glimpses of faces passing by––certain looks or features quickly flash before disappearing into the distance; the observed feel of air on one’s skin or a shifting piece of sky and light rapidly fades into memory. Such transitory details may be summoned later, their impressions resurface in the morphing iterations of van Bart’s faces with their attendant hazy backdrops. The artist’s portraits, with titles like We are a dreaming creature and Solitary wanderer, evoke a sense of this transient, borrowed life. 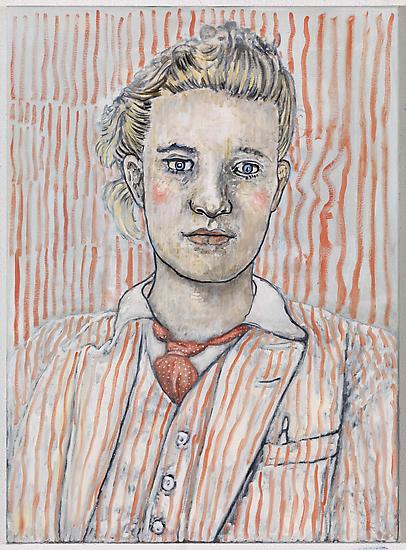 Hannah van Bart was born in 1963 in the Netherlands, and lives and works in Amsterdam. She has exhibited at the Gemeentemuseum in the Hague and the Cobramuseum in Amsterdam with accompanying catalogues. Van Bart has also shown in numerous group exhibitions including at the Stedelijk Museum and the XIe Biennale de Lyon. She was recently featured in a television interview on 4 Art on Kunstuur with Dutch art critic and writer, Hans den Hartog Jager.