On October 10 Sophie Hardeman presented the Spring/Summer collection “ROUGE 66” of Hardeman at Chinatown soup Gallery. Hardeman uses denim to break conventions. The Amsterdam – based brand takes everybody’s favorite clothing piece and transforms it into a deconstructed gender- fluid clothes that couldn’t be further from your trusty 501s.

This summer Hardeman takes to the highway – presenting the SS18 collection. ROUGE 66 empowers the will to discover and represents those who choose their own paths, to move freely upon them. Inspired by the true and the daring – Rouge 66 means to be living life to its fullest.

Hardeman is a genderless jeans brand based in Amsterdam. The label aims to turn daily routine upside down and challenge public’s perspective. By using conventional jeans a wardrobe is created for all mankind. But by liberated from any structure of conformation Hardeman’s jeans question normality and let ‘the abnormal’ be the new sexy standard. The collection Out of the Blue is a re-revolution for the jeans symbolizing a redefined outlook on fashion. 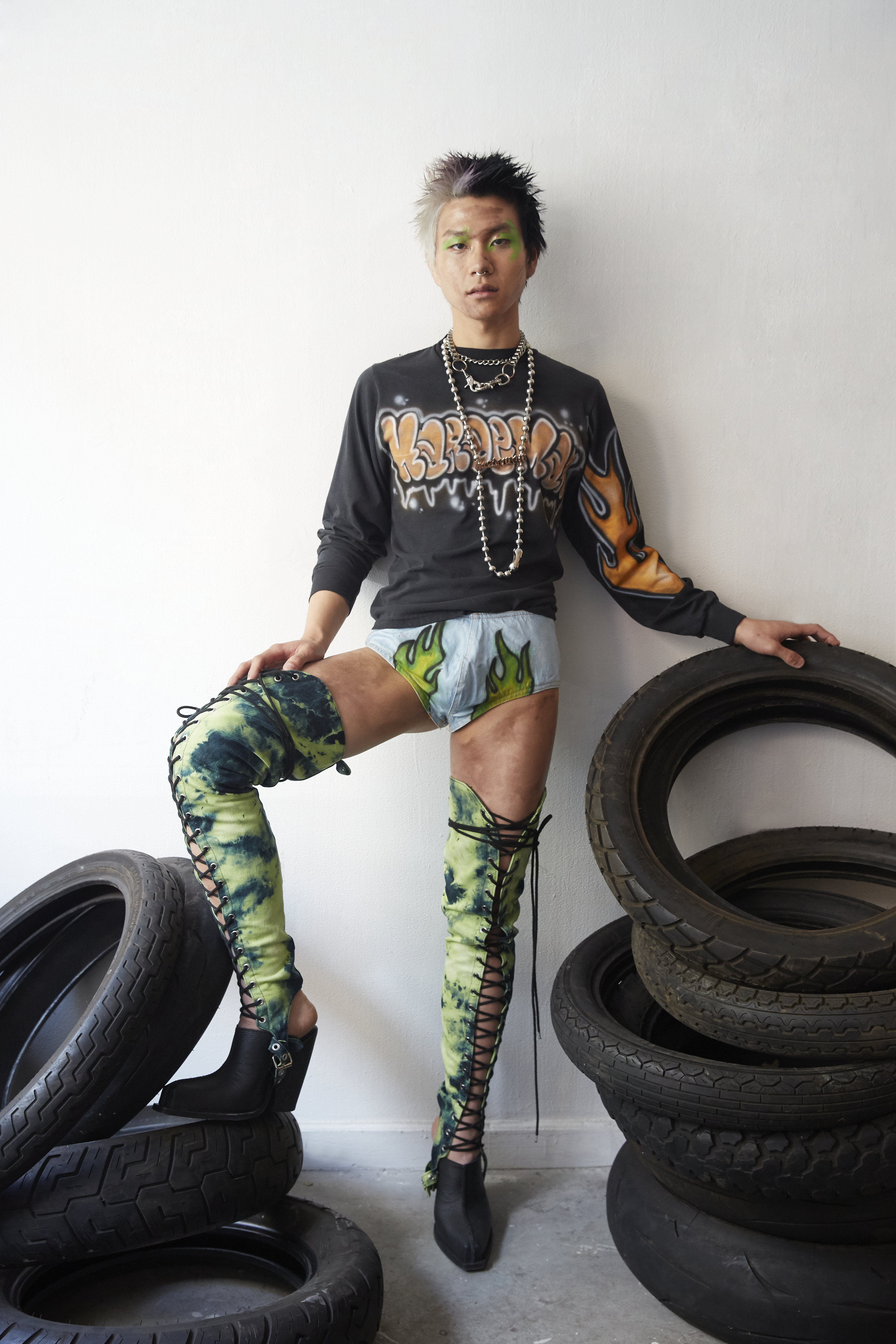 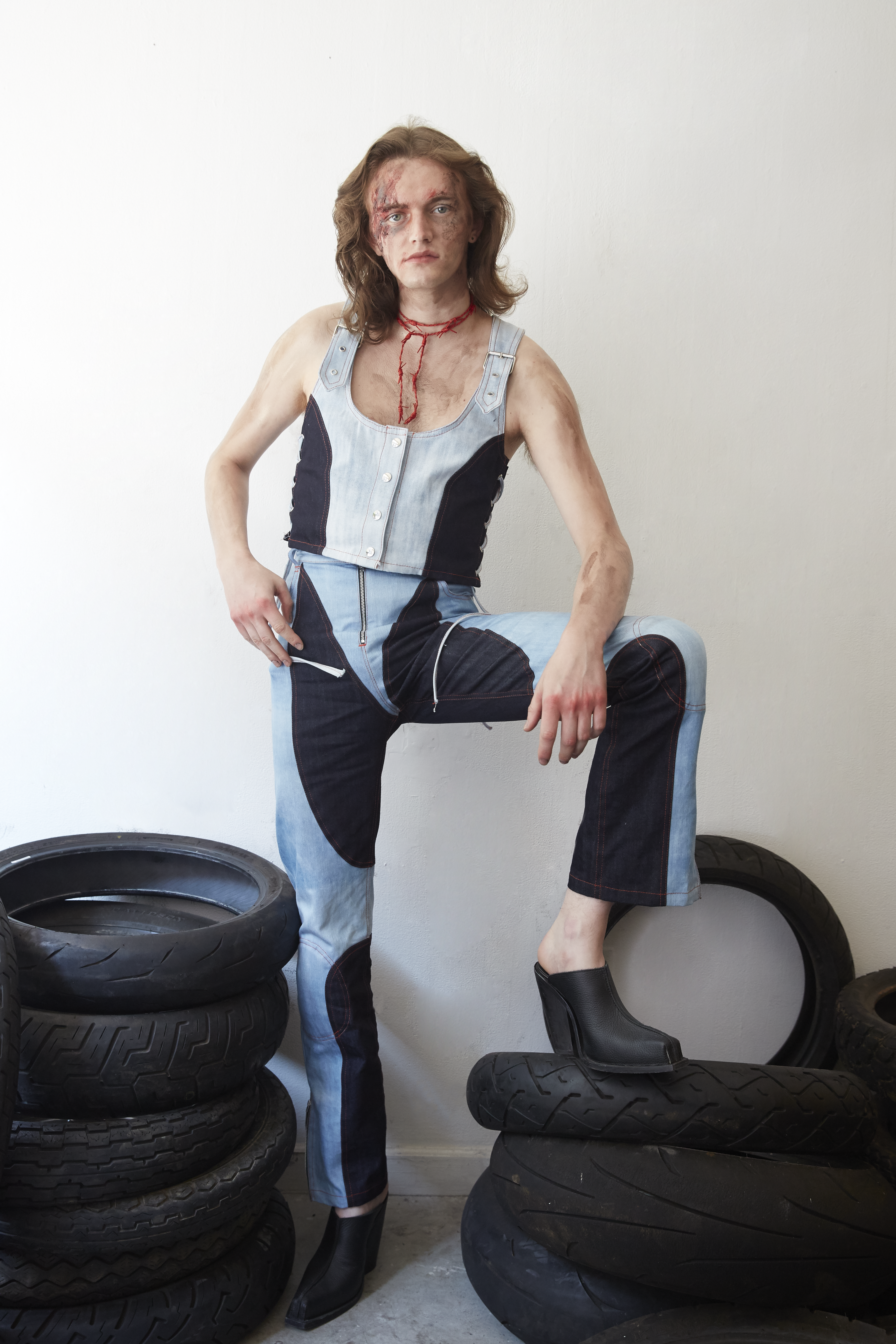 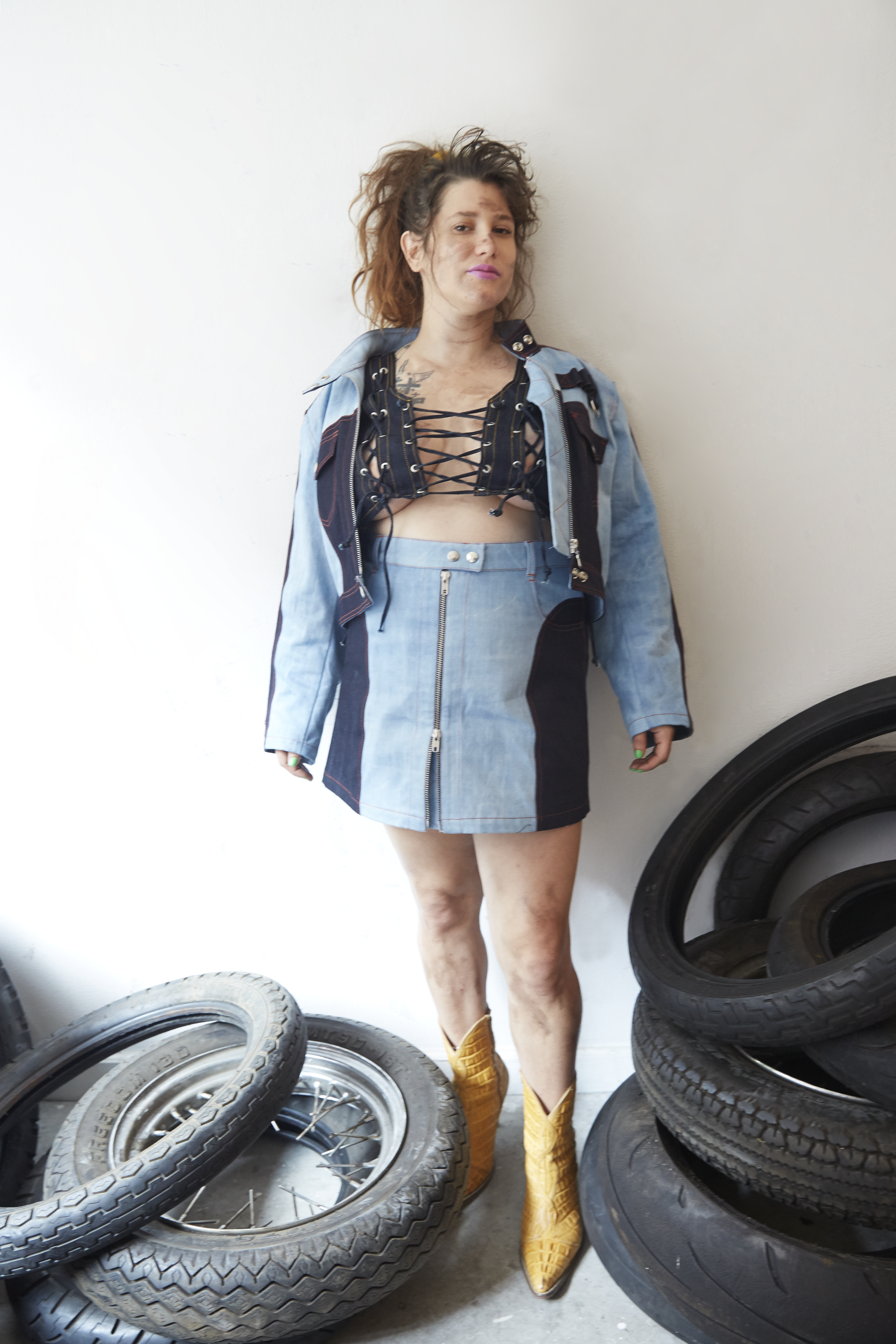 Sophie Hardeman started her line HARDEMAN after graduating from Gerrit Rietveld Academy Amsterdam in 2015.  Hardeman uses denim to break all conventions. The Amsterdam-based brand takes everybody’s favorite material and transforms it into deconstructed, gender-fluid clothes that couldn’t be further from your trusty 501s. Away with traditional ideas!

HARDEMAN is already filling up shelves of prestigious stores such as COLETTE/Paris, H.LORENZO/L.A, RADD LOUNGE/Tokyo. Ariana Grande, Rihanna, Joanne and Sita Bellan are already big fans of the brand. HARDEMAN has been called out as “Five Designers to Watch Out For” by the New York Times, “Fashion Talent of 2017“ by ELLE Netherlands as well as “Denim Designer You Need to Know” by VOGUE.