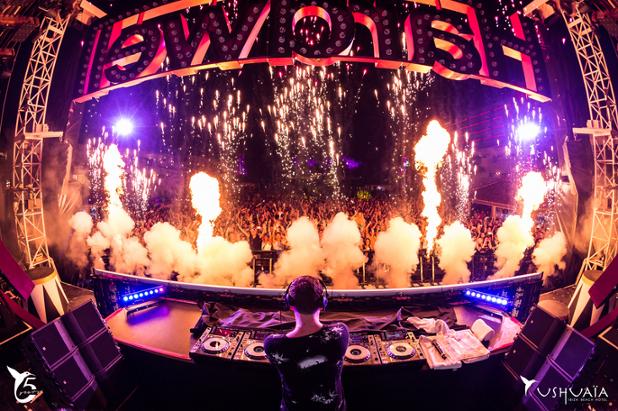 In April 2013 Robbert van de Corput, also known as Hardwell, launched his most ambitious project to date when he unveiled his I Am Hardwell World Tour concept at Amsterdam’s Heineken Music Hall to a capacity crowd. A spectacle of unprecedented musical vision and production detail, the entire show was broadcast live to hundreds of thousands of fans around the world. After the successful kick off of his I Am Hardwell World Tour in Amsterdam last April, Hardwell has sold-out shows in 19 countries around the world including dates in Singapore, Guatemala, Istanbul, Tel Aviv, Bangalore, Mumbai, Lisbon and London, and is now poised to take over North America.  Hardwell’s new single ‘Arcadia’ with Joey Dale feat Luciana will be released worldwide on July 7 on Beatport.com and will be the first single taken from his new artist album which is scheduled for late 2014.  Arcadia will be also featured on his new mix-album Revealed Vol. 5 which will be released June 20 on iTunes.

Exploding onto the scene

Dannic, the highly prodigious DJ and producer from the Netherlands, has already achieved a great deal since exploding onto the scene. Having now debuted for the first time at #74 in this year’s Top 100 DJ Mag poll, he is starting to harness the recognition he deserves. Dannic drew the attention of the spotlight early in his career thanks to a series of amazing mash-ups. He has since gone on to demonstrate a natural understanding of audio arrangement and structure, alongside possessing an impressive prowess as a peak-time performer, whose technical ability leaves club and festival audiences wowed each and every week. With his music remaining a staple in the sets of Tiësto, Avicii, Hardwell, Nicky Romero and Bingo Players, Dannic’s positions amongst his peers continues to soar.