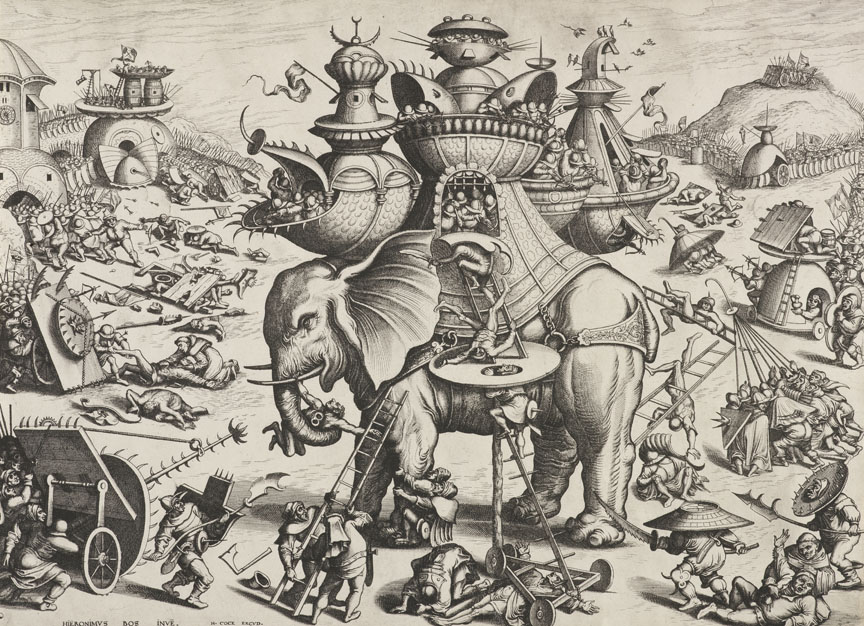 The Saint Louis Art Museum will present Beyond Bosch: The Afterlife of a Renaissance Master in Print from April 17 until July 19

The Saint Louis Art Museum will present Beyond Bosch: The Afterlife of a Renaissance Master in Print, an exhibition exploring the significant role that prints inspired by Hieronymus Bosch played in establishing the Netherlandish master as a highly desirable brand in the growing print market of the 16th century. The free exhibition in Galleries 234 and 235 opens on April 17 and closes on July 19.

Bosch (c. 1450−1516) became an international phenomenon with his paintings of hellfire and hybrid monsters that captured the imaginations not only of his Renaissance patrons but also of generations of artists who came after him. Bosch lived and worked in the town of ’s-Hertogenbosch, but it was in the nearby metropolis of Antwerp—at the time the epicenter of trade and culture in northern Europe, where prints inspired by the painter began appearing some 40 years after his death.

Bosch made no prints himself, but his contemporary Alart du Hameel did produce a handful of engravings directly inspired by Bosch’s model. By contrast, the later Boschian prints, which make up most of the exhibition, are not literal reproductions of known works by the artist. Instead they draw inspiration from Bosch’s unique legacy of artistic invention. 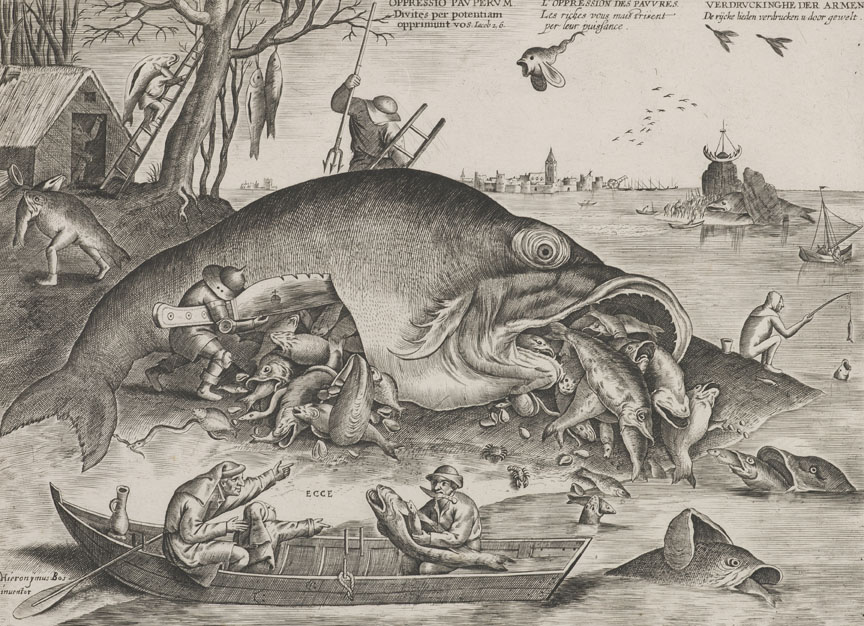 A longside the pioneering print entrepreneur Hieronymus Cock, the artist Pieter Bruegel the Elder, described as “a second Bosch” when he launched his career, was a critical figure in this story. Bruegel’s Big Fish Eat Little Fish, published by Cock, enigmatically carries Bosch’s name as its inventor rather than Bruegel’s. This engraving inaugurated the Boschian print phenomenon that continued into the 17th century, when The Tree -Man was made. This etching borrows the hybrid monster at the center from one of Bosch’s few surviving drawings, augmenting it with a cast of characters who gape at the creature from a safe distance.

Beyond Bosch draws almost exclusively from a private collection in St. Louis, with a small number of strategic loans. The exhibition will tell the story of Bosch’s afterlife in print, for the first time demonstrating how prints popularized Bosch, transforming his name into an international brand associated with everything from monstrous drolleries to moral dramas, and serving as a launching ground for many artists after him.

In conjunction with the exhibition, the Museum will present The Seven Deadly Sins, a video by contemporary Flemish artist Antoine Roegiers that will be on view in an adjacent gallery. Taking inspiration from a series of drawings by Pieter Bruegel that were in turn inspired by Bosch, Roegiers painstakingly brings Bruegel’s drawings to life through the marvels of animation.

Beyond Bosch is co-curated by Marisa Bass, assistant professor of art history and archaeology at Washington University in Saint Louis, and Elizabeth Wyckoff, curator of prints, drawings, and photographs at the Saint Louis Art Museum. The exhibition will be on view from April 17 through July 19 and will be accompanied by a scholarly catalogue with contributions by Bass and Wyckoff, as well as Matthijs Ilsink of the Bosch Research and Conservation Project and Peter Fuhring of the Fondation Custodia in Paris.  An exhibition-related study day will held on April 17. Space is limited; for more information, visit slam.org.