The IDFA official selected film Hieronymus Bosch: Touched By The Devil, will be screened at several venues throughout the US. Starting from July 27 until August 31. The documentary follows a team of art historians who try to reveal the mystery of the 25 still remaining paintings of Jheronimus Bosch. Written by Hans Dortman and directed by Pieter van Huystee.

In 2016, the Noordbrabants Museum in the Dutch city of Den Bosch held a special exhibition devoted to the work of Hieronymus Bosch, who died 500 years ago. This late-medieval artist lived his entire life in the city, causing uproar with his fantastical and utterly unique paintings in which hell and the devil always played a prominent role. In preparation for the exhibition, a team of Dutch art historians crisscrosses the globe to unravel the secrets of his art. They use special infrared cameras to examine the sketches beneath the paint, in the hope of discovering more about the artist’s intentions. They also attempt to establish which of the paintings can be attributed with certainty to Bosch himself, and which to his pupils or followers. The experts shuttle between Den Bosch, Madrid and Venice, cutting their way through the art world’s tangle of red tape, in a battle against the obstacle of countless egos and conflicting interests. Not every museum is prepared to allow access to their precious art works. 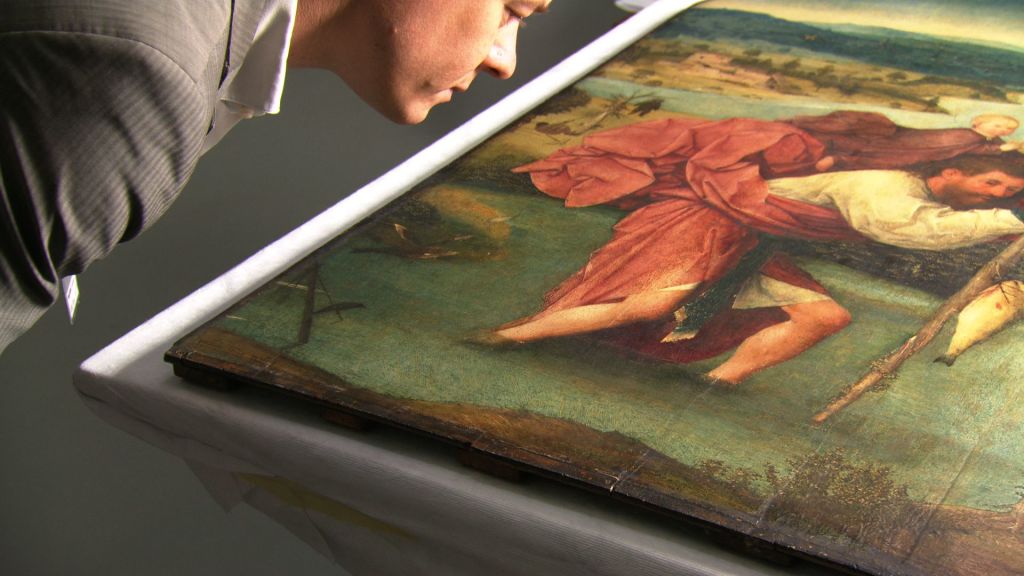 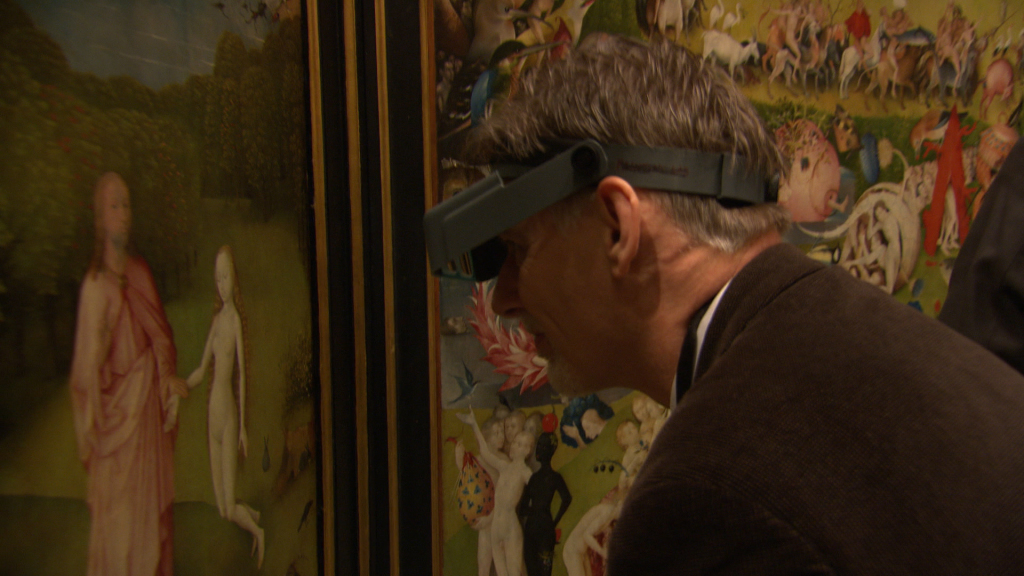 Over the course of five years the research team travelled the world, visiting museums such as The Louvre, The Prado and the National Gallery of Art in Washington to make an in-depth analysis of Bosch’s paintings. By using modern techniques, such as X-ray, infrared photography, and multi-spectrum analysis, they allow us to penetrate into the deeper layers of his paintings thus helping the audience to look at the works of Bosch with new eyes.

The research raises the question whether all works are really painted by Bosch. The museum world is waiting anxiously for the results. Is their Bosch a real Bosch? In addition, The Noordbrabants Museum is organizing the largest exhibition to date of the medieval painter in 2016 in Den Bosch, to commemorate the 500th anniversary of Jheronimus Bosch’s death. The museum plays a political chess game to get as much paintings as possible to the exhibition. The Prado owns several masterpieces and will organize their own exhibition on El Bosco. Will The Noordbrabants Museum manage to bring the masterpieces first to the Netherlands?

Pieter van Huystee (born in 1956) started as a photographer for illustrated magazines. After working at a public broadcasting company he became creative director of IDTV. In this period he mainly did entertainment programmes, but also got in touch with Johan van der Keuken and produced one of his documentaries, ‘Brass Unbound’.

In 1995 Pieter van Huystee started his own production company. Since then he has produced documentaries, feature films and single plays with well-known Dutch directors like Johan van der Keuken, Heddy Honigmann, Ramon Gieling, Boris Gerrets and Ditteke Mensink. Besides, several young filmmakers got the opportunity to realise their plans in cooperation with Pieter van Huystee Film.

By combining daring with decisiveness, Pieter van Huystee Film has nowadays become one of the leading Dutch independent production companies, highly esteemed for the quality and wide range of its projects. In 1999 the distribution department Public Film was added, which sets out to release ‘Dutch Docs’ in local cinemas. Moreover, many van Huystee documentaries and features are screened at festivals all over the world and have been awarded many times.