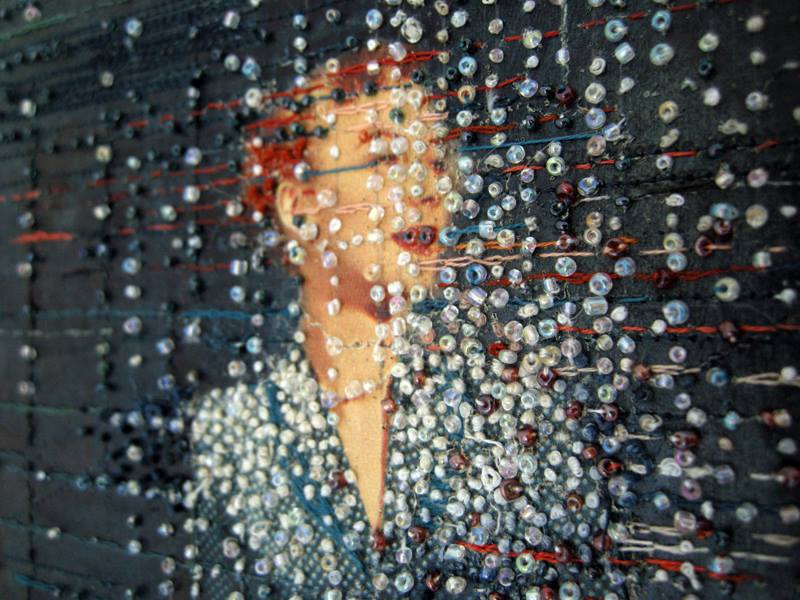 From May 29 until August 15, 2014 Robert Mann Gallery in New York presents the group exhibition 'The Embroidered Image' with participating Dutch artist Hinke Schreuders

From May 29 until August 15, 2014 Robert Mann Gallery in New York presents the group exhibition ‘The Embroidered Image‘ with participating Dutch artist Hinke Schreuders. The opening reception takes place at May 29 from 6-8 pm.

Hinke Schreuders (1969) lives and works in Amsterdam, the Netherlands. She exhibited in galleries and museums throughout the Netherlands and Europe. The works of Hinke Schreuders mainly focus on embroidery, depicting female figures that are often based on photos from her personal archive. In sweet yet seductive pieces she subtly confuses notions of feminine vulnerability and reinforces the position of embroidery as an artistic medium.

The ongoing series Works on paper, started in 2008, is based on Fifties’ magazine photos of models showing the latest fashion. With black ink and embroidery the artist transforms these innocuous images into unsettling vignettes resembling the more narrative fashion editorials of today. A bride is crying tears of thread, polka dots on a dress become a shower of shiny raindrops and a field of daffodils takes over a woman’s appearance.

During this group show  at Robert Mann Gallery, Hinke Schreuders presents five new works in this series. For the first time she’s not only working on black-and-white but also on color prints, giving the work a more exuberant and brighter atmosphere. 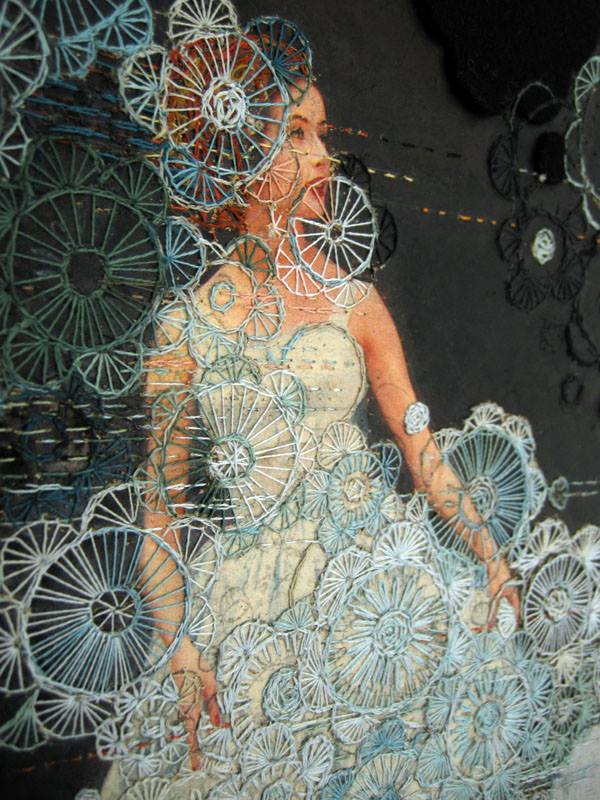