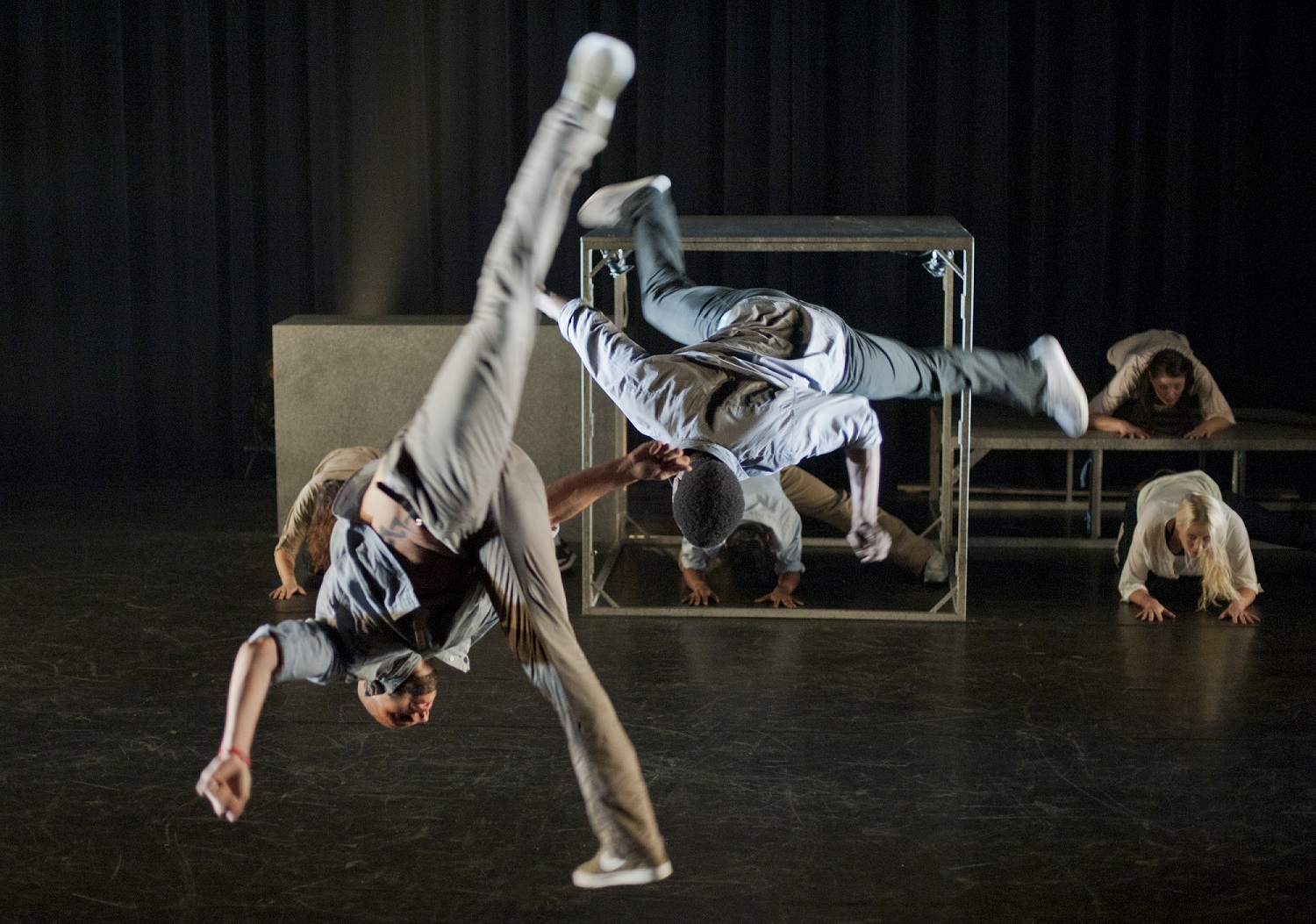 From May 9-18, 2014 Amsterdam-based dance company ISH will have its U.S. premiere of HyperISH in the New Victory Theater, New York.

Fusing dance styles from the Dutch street scene and club circuit, Amsterdam-based dance company ISH (4-ISH, New Vic 2006) returns to The New Victory Theater for the U.S. Premiere of HYPERISH from May 9-18, 2014. Loosely inspired by the words of J.D. Salinger’s The Catcher in the Rye, HYPERISH explores themes of self-expression and the search for identity through dance, text and music. 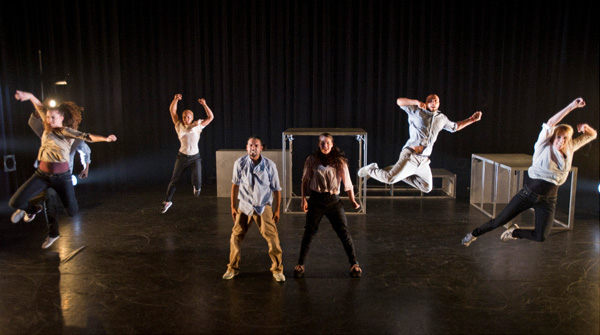 The seven dynamic talents of Amsterdam’s ISH skillfully mix dance languages, including hip-hop, house, breakdance, acrobatics, modern dance and ballet, into a surprising new vocabulary and thrilling form of expression in HYPERISH. Shailesh Bahoran (Dutch National Ballet) fuses hip-hop with traditional Indian dance such as kathak, Martin Barnes mixes modern dance and capoeira and both Arnold Put and Carl Refos specialize in breakdance. For the women, Raquel Tijsterman (Dutch National Ballet, 2010 candidate on Dutch television’s “So You Think You Can Dance”) combines ballet and hip-hop, Micka Karlsson’s past as an aerial acrobat influences her contemporary dance movement and Melanie Van Der Mee is a martial arts and hip-hop performer.

Celebrating the versatility of its performers, the company name is inspired by the spirit of the suffix “ish,” signifying something that cannot be precisely defined. Under the leadership of artistic director Marco Gerris, ISH tours its unique fusion of dance and street culture – including spoken word, breakdance, beatbox, in-line skate dancing, martial arts, popping & locking – throughout the Netherlands and abroad. In addition to his work with ISH, Mr. Gerris was a guest judge on Dutch television’s “So You Think You Can Dance?” and has choreographed for the Amsterdam School of the Arts, among others. In 2011, at the request of Ted Brandsen of the Dutch National Ballet, Mr. Gerris choreographed a remake of Symfonieen der Nederlanden by Hans van Manen for their 25th anniversary.

Collaboratively choreographed by Mr. Gerris and the cast, HYPERISH is directed by Mr. Gerris and features Shailesh Bahoran, Martin Barnes, Micka Karlsson, Arnold Put, Melanie van der Mee, Carl Refos and Raquel Tijsterman with Lucinda Wessels as swing. The show also features original music by Rik Ronner. The production’s design is by Romy Hagenaar and the text is by Dunya Khayame and Horace Cohen. Lighting design is by Mike den Ottolander, lighting is by Mike Kersten and sound is by Crul Geluid.

Marco Gerris founded ISH in 1999 seeking to bridge the gaps between art forms, disciplines and cultures in an innovative way. Ever since their first performance in 2000, ISH has successfully created crossover dance productions that appeal to a wide audience, bringing street culture disciplines to the stage to connect with other art forms. In addition to producing and touring both nationally and internationally, ISH also provides young people the chance to learn unique skills through its educational projects and workshops.

About the New Victory Theater

The New Victory Theater introduces extraordinary performing artists from around the world to extraordinary audiences in New York City, bringing kids to the arts and arts to kids. Created in 1995 for young New Yorkers, their families and schoolmates, The New Victory Theater presents a diverse season of international companies at low ticket prices year after year. Through the theater’s award-winning education programs, The New Victory continues to provide access to schools and communities of New York City who seek to experience and engage with the work on our stages, often for the very first time. The theater’s contributions to the cultural landscape of the city were celebrated by the prestigious New York critics’ organization, The Drama Desk, which presented The New Victory Theater with a 2012 Special Award for “providing enchanting, sophisticated children’s theater that appeals to the child in all of us, and for nurturing a love of theater in young people.”

HYPERISH has a running time of 60 minutes with no intermission, and is recommended for everyone ages
eight and older.

HyperISH is supported, in part, by public funds from the Consulate General of the Netherlands in New
York and by the Performing Arts Fund NL.