From December 14, 2017, to January 28, 2018, the video installation “Imperial Courts” by Dana Lixenberg will be on view at GRIMM Gallery in New York.

GRIMM is pleased to announce the exhibition of Dana Lixenberg’s 69-minute three-channel video installation Imperial Courts (2015) at our New York gallery space. This video is an expansion of Lixenberg’s extensive project Imperial Courts, 1993-2015.

Imperial Courts tracks the changing shape of a small, inner-city community from South Central Los Angeles through a combination of video, a web documentary, audio recordings, and a series of 393 black and white photographs made with a large format camera. The photos are compiled in a monograph published by ROMA Publications in 2015, which was nominated for several photo book awards and received the biennial Dutch Photo Book Prize 2017. Imperial Courts was awarded the Deutsche Börse Photography Foundation Prize 2017 and is currently exhibited at Aperture, New York, USA and at Centre Photographique, Rouen, France.
In 1992, Lixenberg traveled to South Central Los Angeles to photograph a magazine story on the aftermath of the riots that erupted following the acquittal of four LAPD officers who were involved in the brutal beating of Rodney King. What she encountered inspired her to return to the area and eventually led her to the Imperial Courts housing project in Watts. The potent combination of racial injustice, community frustration, and one-dimensional media coverage pushed her to start a project portraying the residents of Imperial Courts. 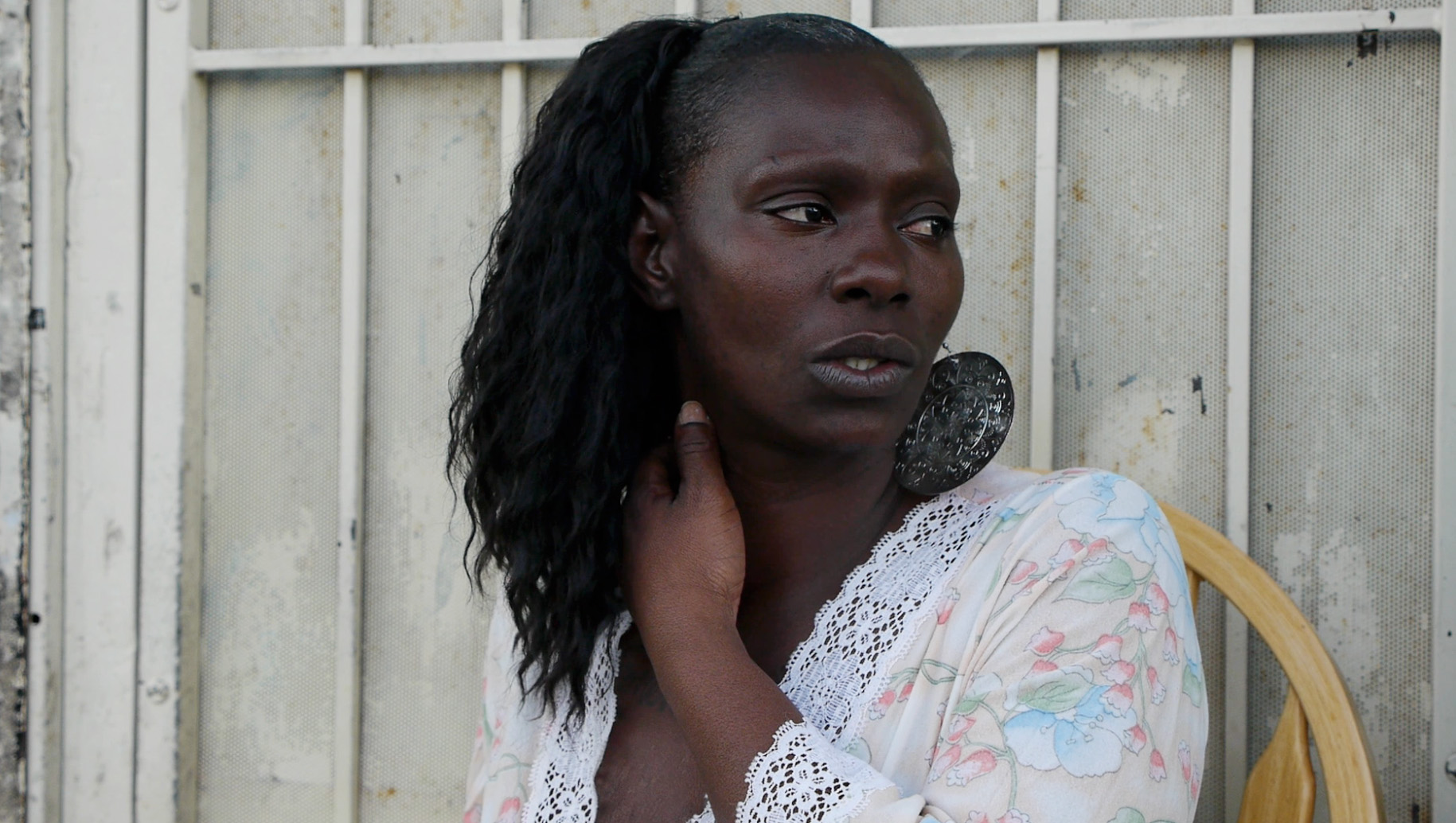 Beginning in 1993 and continuing until the spring of 2015, Lixenberg gradually created a collaborative and multi-layered record of the community of Imperial Courts. Electing to face away from the spectacle of destruction, Lixenberg looks towards those whose lives typically receive public notice only in the event of a calamity. Her portraiture addresses the individuated characteristics of the residents with delicacy and specificity, reflecting a series of individuals who collectively constitute an evolving community.

By 2012, Lixenberg has become a familiar face in Imperial Courts. To add a new dimension to the project, she began shooting short film sequences. Lixenberg’s videos immerse us in the dense fabric of daily life in this small housing project through an interlinking chain of vignettes that skip across three channels. These quietly observed scenes are set against the changeable volatile score of nearby houses, cars, ice cream trucks, and streets. In one vignette, Lixenberg invites us to observe a rite of passage as a young couple prepares to depart for their senior prom, their every move photographed by a panoply of cameras and camera-phones. In another, she sets a still camera close to a modest memorial that borders. 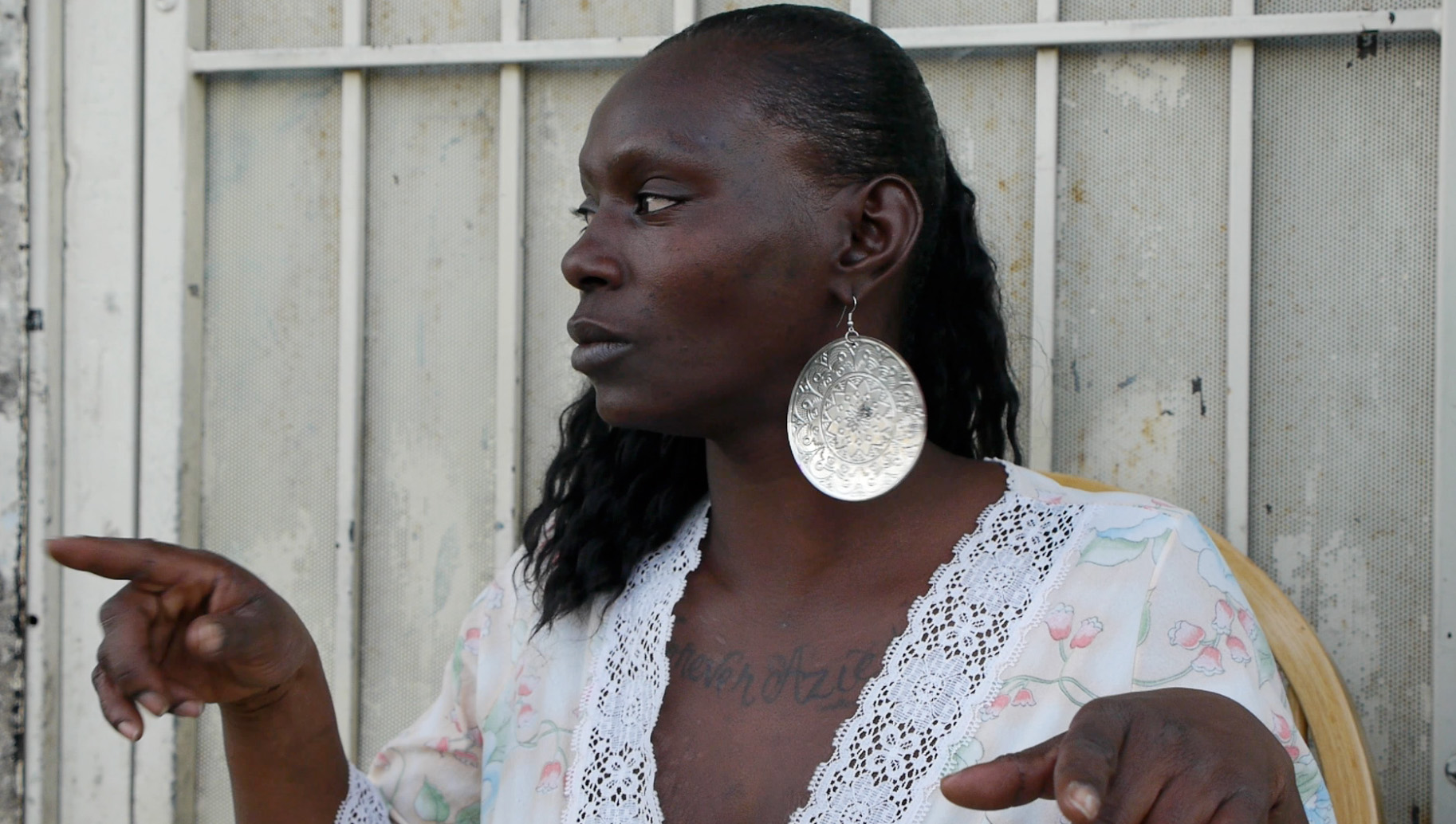 a jungle gym while small children play in a bounce house in the distance. In yet another, three women debate the merits of wood-grilled fast food in an impromptu hair salon arranged outside their row houses, set in the shade of the glistening sun, their conversation drowned by the penetrating sound of LAPD helicopters flying overhead.
Lixenberg’s video installation captures life in Imperial Courts in a spectrum from drama and plays to aimlessness and routine, enhancing our grasp of the normalcy of life in a part of the American inner-city habitually derided as aberrant and extreme. Imperial Courts thus frame the continuity of community against the changelessness of an inner-city landscape, rejecting sensationalism and spectacle in favor of sensitivity.

Dana Lixenberg (b. 1964 Amsterdam, the Netherlands) studied photography at the London College of Printing from 1984 to 1986 and at the Gerrit Rietveld Academie in Amsterdam from 1987 until 1989. Lixenberg pursues long-term projects with a primary focus on individuals and communities on the margins of society. This is evidenced in her series Jeffersonville, Indiana (2005), a collection of landscapes and portraits of the small town’s homeless population, and in The Last Days of Shishmaref (2008) which documents an Inupiaq community on an eroding island of the coast of Alaska. Furthermore, she has had an extensive editorial practice working for publications such as The New Yorker, The New York Times Magazine, Vibe and Newsweek. The power of her work arises in the intimacy and the absence of social stereotyping.