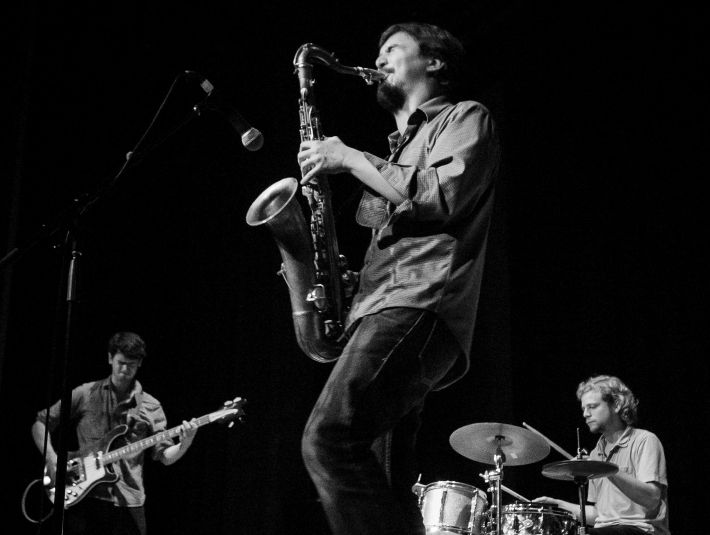 Dutch improvisational trio Cactus Truck tours the US in November and December. The band performs 20 shows in 13 states.

Dutch improvisational trio Cactus Truck is touring the US in November and December. The band will peform 20 concerts in 13 different states (full overview below), as well as giving masterclasses in schools. The tour promotes Cactus Trio’s new CD Seizures Palace which was released on the Polish label Not Two this Autumn. It’s not the first time the trio tours the US: in 2012 the band did a succesfull tour with 37 concerts. Cactus Truck was listed as one of the top ten concerts of the year for their performance in New York City by the New York City Jazz Record.

Based in Amsterdam, this fire-breathing improvisational trio is comprised of bassist/guitarist Jasper Stadhouders, drummer Onno Govaert, and American-born saxophonist John Dikeman. The band plays a take-no-prisoners, high-energy brand of free jazz strongly influenced by the likes of Albert Ayler and Peter Brötzmann at their most intense (they also claim that their music includes elements of Delta blues, Japanese noise, and no wave). 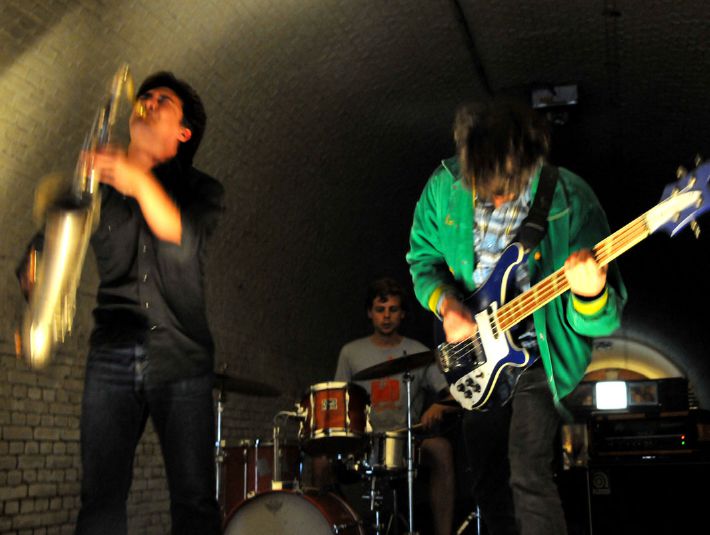 Cactus Truck self-released an eponymous CD-R in 2011 and followed that up with a 2012 cassette release (featuring Terrie Ex from the Ex) entitled Macho Sex; their first “official” album, Brand New for China!, arrived in March of 2012 on the Public Eyesore label. In late October through mid-December of that year, Cactus Truck stormed the United States with a massive 37-date tour that saw the trio tearing it up across the country, up the East Coast from Atlanta to Boston, across the Midwest and West, down the West Coast from Seattle to Los Angeles, and finally wending their way back east for three final dates in New York City. Selections from the tour (recorded at Squidco Records in Wilmington, Delaware with guest trombonist Jeb Bishop; Astro Black Records in Louisville, Kentucky; and the final show at JACK in N.Y.C. with guest trumpeter Roy Campbell) were featured on the Live in USA album, released in March 2013 by the band’s Tractata Records imprint in collaboration with the eh? label. (Dave Lynch, AllMusic).