“In Bloom” at Market Art + Design

From July 5th until 8th, five Dutch designers will be displayed at "In Bloom," curated by Margriet Vollenberg at Market Art + Design

From July 5th until 8th, “In Bloom” curated by Margriet Vollenberg will display five Dutch designers at Market Art + Design, Bridgehampton, NY. The works give a glimpse of the flourishing design culture landscape in the Netherlands. Not only through the astonishing appearance of the pieces, but also in the use of natural materials, references and elements. “In Bloom” presents the latest developments at the forefront of contemporary Dutch design. 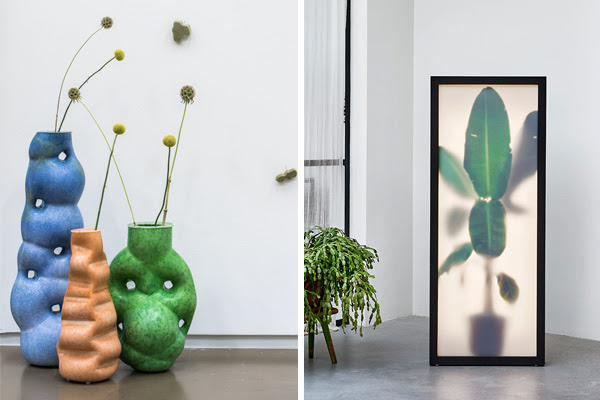 In the exhibition “In Bloom,” designer Linda Nieuwstad invites you to enter her dream world of flowers, with larger-than-life velvet roses. REM Atelier also brings the outside world indoors with their unique “Growing Plants Indoors” lights, which create an illusion of the exotic houseplant that doesn’t need any water and can’t die, frozen in its temporary state. The natural form and function of the works of Studio Jeroen Wand are directly influenced by the method of production, which resulted in the laminated cabinet lamp; tray and the rough and irregular vases. By contrast, the colorful vases of Handmade Industrials, which are presented by the New York-based gallery Culture Object, are the result of researching the qualities of different thermoplastics and industrial applications. And lastly, the XL
Medallion “In the land of the baked eggs” by Carina Wagenaar tells a story about a world where everything is beautiful and round.

Margriet Vollenberg is the founder and owner of Organisation in Design, based in the Netherlands and with an office in Milan, Italy. Organisation in Design is the producer of the internationally acclaimed exhibition platform Ventura Projects. As art director, Vollenberg curates various exhibitions such as Ventura Centrale and Ventura Future in Milan and side events in major design cities like London, Berlin, Dubai and New York City. With a keen eye for emerging talents, Vollenberg aims to offer upcoming and established designers access to international markets.