Tuesday, October 13, Dana Lixenberg has a conversation with fellow photographer George Pitts at the Aperture Gallery and Bookstore. 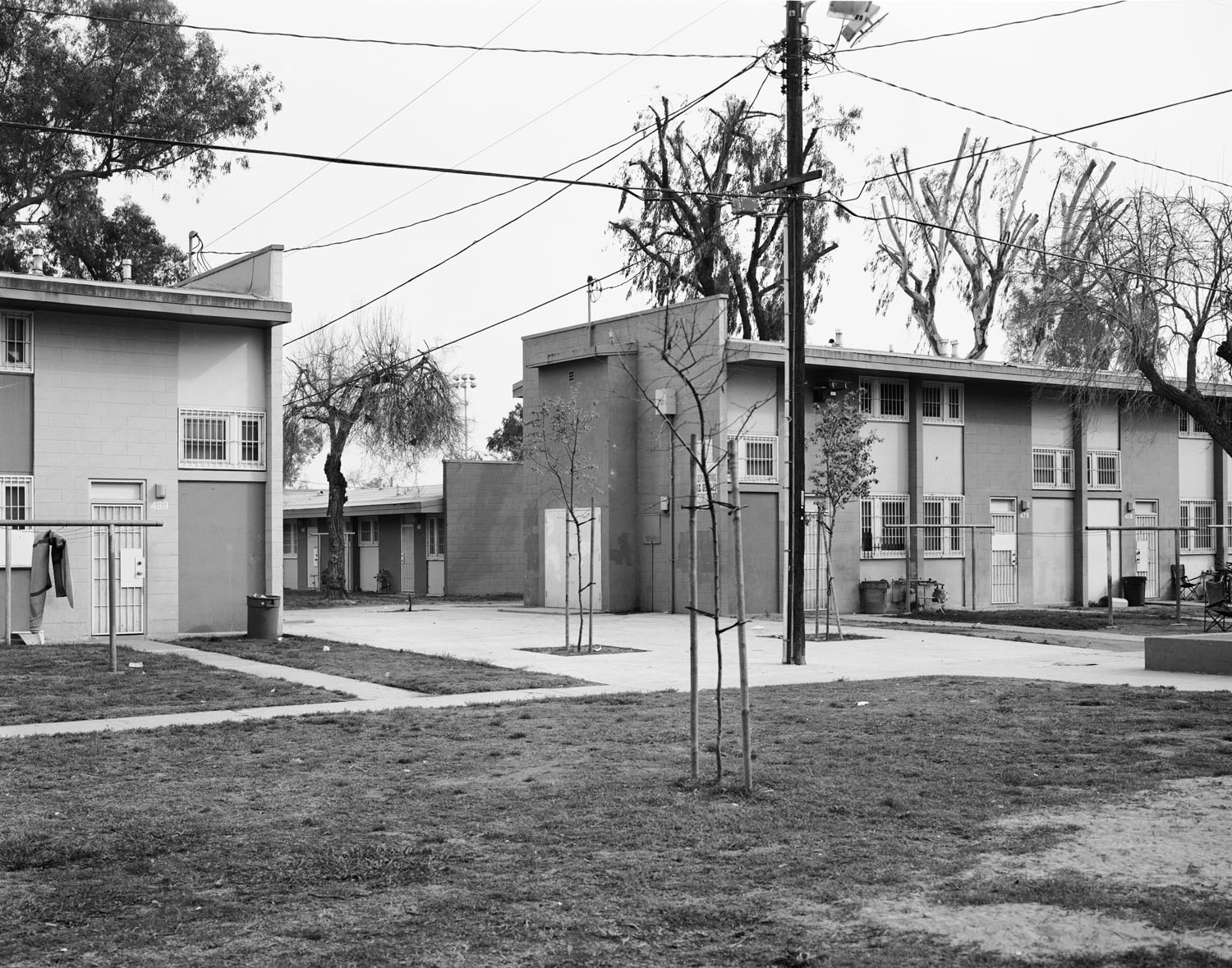 Using a large, analogue camera, Lixenberg pursues long-term projects that focus on groups and individuals at the margins of society. Some examples of her work include the series “Jeffersonville,” which consists of a collection of landscapes and portraits of the small town’s homeless population, and “The Last Days of Shishmaref, which documents an Inupiat community on an eroding island off the coast of Alaska. Lixenberg divides her time between Amsterdam and New York. She studied photography at the London College of Printing and Gerrit Rietveld Academie in Amsterdam. She has exhibited extensively and her work has been featured in publications such as ‘Vice,’ ‘The New Yorker,’ and ‘Time.’ Lixenberg’s newest publication, “Imperial Courts, 1993-2015” (2015), is a project that explores a public housing project in Watts, Los Angeles, and spans over twenty years.

Pitts is a photographer, painter, writer, and assistant professor in photography at Parsons The New School For Design. Pitts was director of ‘Life’ magazine from 2004 until 2007. His photography has been published in ‘The New York Times Magazine,’ ‘New York Paper,’ ‘Esquire,’ and others.