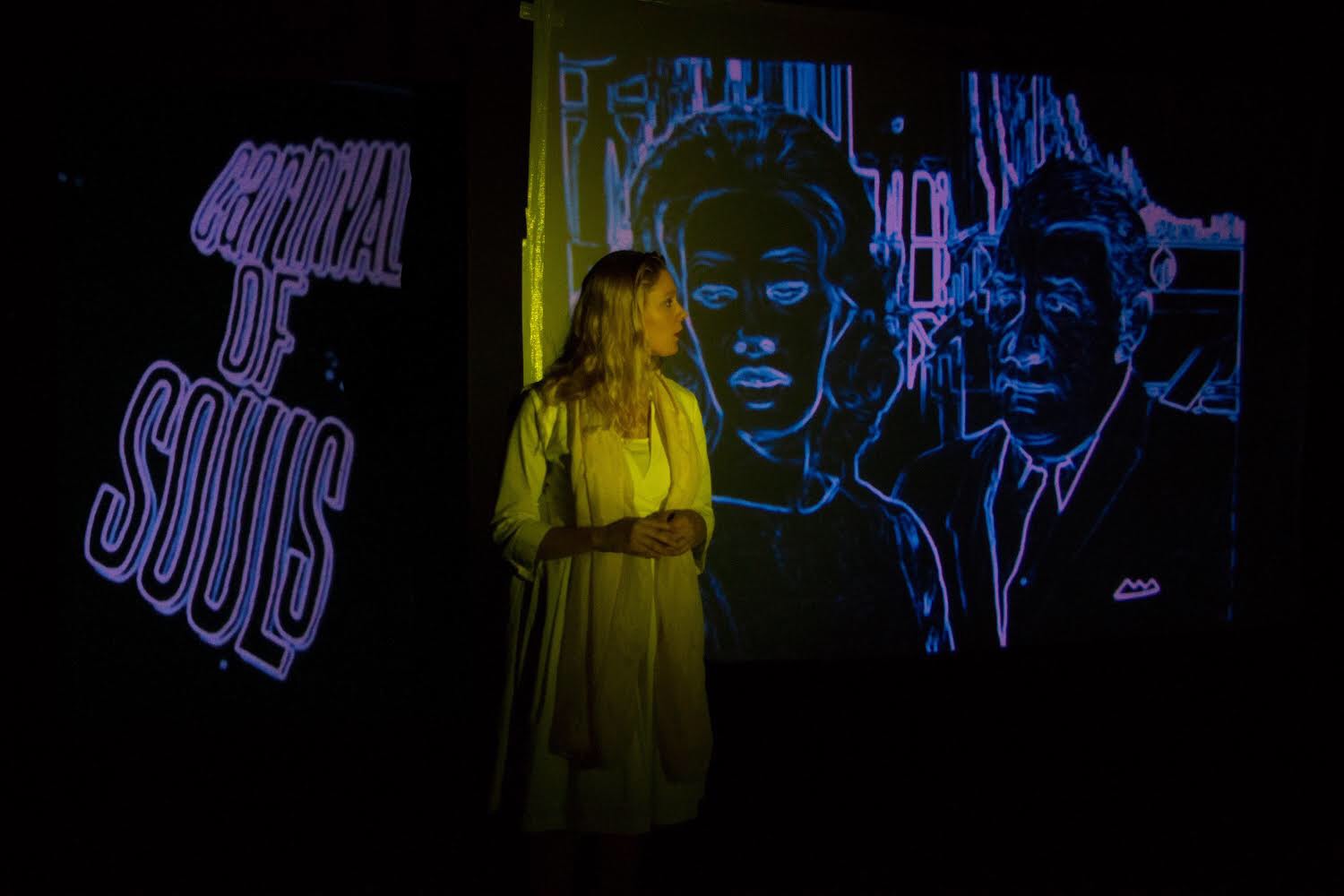 Annemarie Hagenaars and Jack Feldstein will be screening and performing Carnival of Souls: The Neon Animation with Live Action at Dixon Place Mainstage, for a late night show at 10 pm on October 12th, again on December 29&30, and one more show on January 17th, 2019. In this #metoo era, the show re-imagines the 1962 cult hit “Carnival of Souls” as a contemporary statement about women today. DutchCultureUSA had a chance to interview the artists and ask them about their projects and its cultural relevance today. 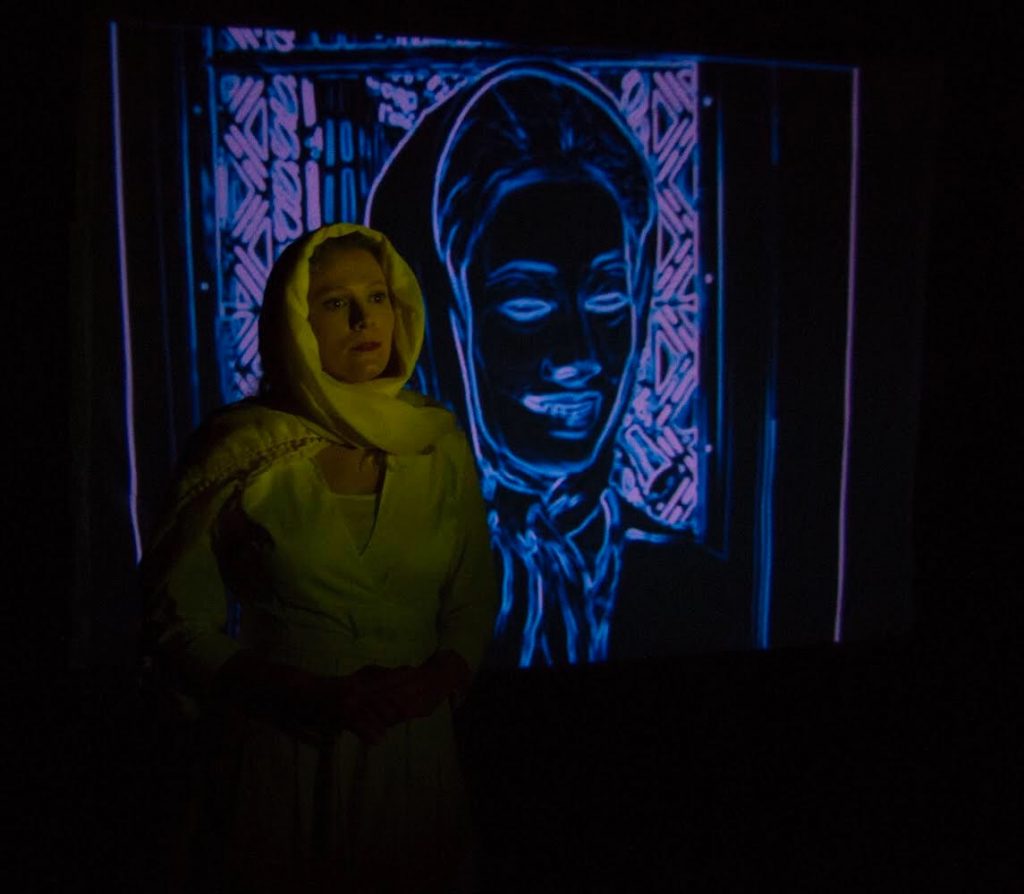 When asked how the two artists got together for the project, they answered that they met at the Workshop Theater in Manhattan in 2016 where both of them were artist members. They subsequently worked together on several projects where Annemarie Hagenaars was cast in plays written by Jack Feldstein. In February 2018, Jack approached Annemarie with this particular project, “Carnival of Souls,” after having nearly completed the neon animation of the film. Jack had tailored the live action component specifically with Annemarie in mind.

Annemarie accepted the challenges of this visually exciting and pertinent project and was inspired to create the role. Annemarie plays a contemporary woman of the #metoo era, taking over the role of the 1960’s woman in the film and giving the female protagonist today’s pro-active stance.

The original movie “Carnival of Souls” is a known cult classic, but how did it spark your interest and more specifically how did it intrigue you enough to use it for your project?

The original film is a cult masterpiece in the public domain that is not widely recognized. The idea of relaunching the film as a vehicle for today’s #metoo woman greatly fascinated Jack. He stumbled upon the film in the DVD section of his local library and was hooked. He spent nearly 2 years neon animating the movie before approaching Annemarie.

The live re-acting of Carnival of Souls is not an entirely new idea, but the re-rendering of the movie in neon-animation is of course quite unique. How did you come up with the idea to make this 1962 horror film into a neon animated version, and how does it change the perspective and message of the film by adding a new layer?

Jack hypothesized that the neon animation aesthetic would lend itself well for the psychological horror and musical elements of the film. The tone of the movie is hyper-natural and neon animation augments that element. The neon animation leaves far more to the imagination, and a person’s imagination is always more powerful than reality. Furthermore, the show is more than a re-enactment, as a live role has been added which is played by Annemarie. Annemarie reinterprets the female protagonist in a contemporary way, thus the film itself has been re-interpreted. 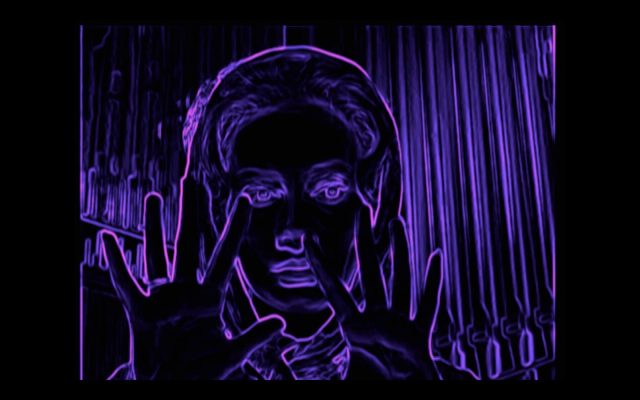 You explain that “[i]n this #metoo era, the show re-imagines the cult hit CARNIVAL OF SOULS, as a contemporary statement about women today.” Do you think the movie was originally (among other things) a statement about women’s role in society? And as a follow-up question, do you think the live performance of the neon-animated version updates or changes this message, and how so?

Originally, in the 1960’s, the film was absolutely not a statement about women. The female protagonist is often manhandled in the film by men which was totally acceptable in those days. For modern eyes, it’s astonishing. Our newly created project changes the whole message of the film and allows an audience to see the film from a female perspective especially concerning a woman remembering past trauma. Exploring the film’s theme of what a woman can and cannot remember is especially appropriate in today’s era.

And lastly: how does this project fit into both of your careers and the general themes you have tried to address in your work so far?

Jack often creates films and plays about underdogs overcoming obstacles. Jack is drawn to investigate this specific moment in time when women and men’s roles are being questioned.

For Annemarie, this is a solo performance where she interacts with characters in the film. The show both breaks the fourth wall and also immerses her in the world of the film. After having played a lead role as Harvey Weinstein’s secretary in the award-winning short film HONEYPOT, in which her character enabled a sexual predator, Annemarie can now delve into the other side with her new role where she brings to life a woman struggling with memories of the past and what she has suffered at the hands of men. 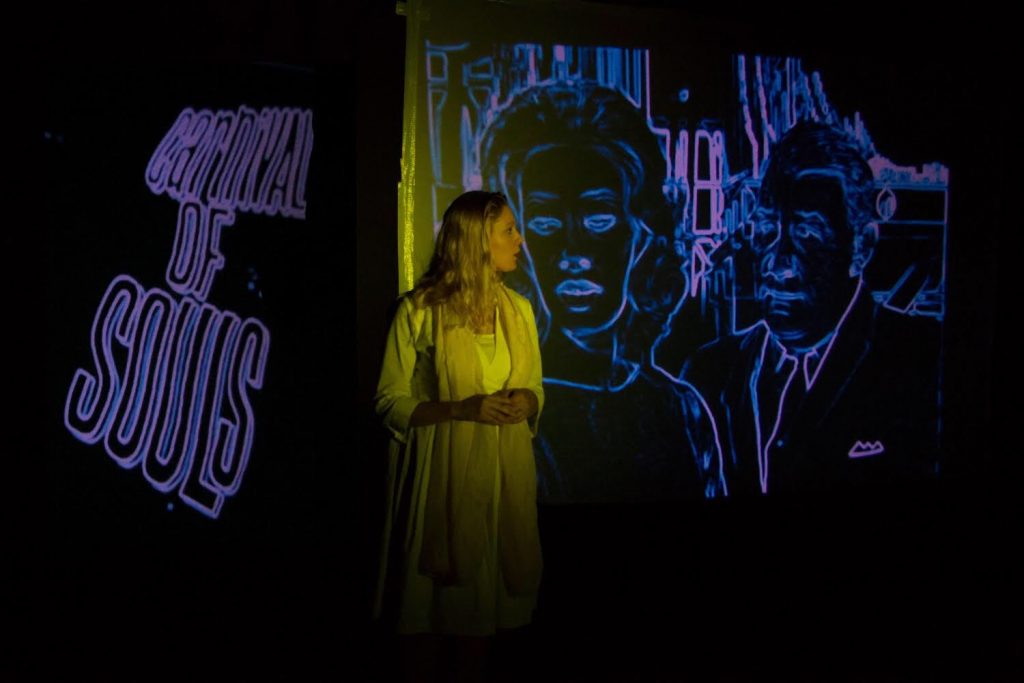 Jack Feldstein’s playscripts and neon animations including A House Like Any Other and Three Months with Pook have won prizes in Australia, Britain and the USA. His plays have been staged with many productions in Australia, New York and all over the USA. Originally from Australia, he lives in New York City and developed some of his plays at Workshop Theater in Midtown where he was an artist member. Feldstein was also featured trice at the Rotterdam Film Festival from 2006-2008, and at the Utrecht IMPAKT Film Festival in 2007.

ANNEMARIE HAGENAARS is a Dutch actress and performer. In March 2016 she moved to New York City to pursue her acting career in the United States. She has worked in a variety of theatre productions, film, TV, commercials and industrials. In November 2017 she joined SAG-AFTRA.