Stefan Hengst is a graphic designer, photographer and interior designer living in New York. We were invited to his spacious loft in the Meatpacking District to hear everything about his artistic journey so far.

Stefan Hengst is a graphic designer, photographer and interior designer living in New York. Not so long ago, Stefan signed a contract with Holly Hunt, a leading brand with showrooms and collections in the industry of luxury home furnishings. The wall coverings Stefan designs, are on view in several showrooms in Texas and available through the Holly Hunt web shop in that area. We were invited to his spacious loft in the Meatpacking District to hear everything about his artistic journey so far.

Stefan grew up in Breda, in the south of the Netherlands. He studied Graphic Design at St. Joost Academy before he started his own design studio, which was also based in Breda. While a student at St. Joost, Stefan learned that the goal is not only to create something beautiful, but that creating a story behind it is just as important. Therefore, storytelling plays an important role in Stefan’s work.

In 2013, Stefan designed the complete visual identity for the exhibition ‘Life On A String: 35 Centuries of the Glass Bead’, which was on view at the Corning Museum of Glass. The image below was part of the branding and recurred in several ways. Here you can see it as wall installation, but it was used for merchandise as well. 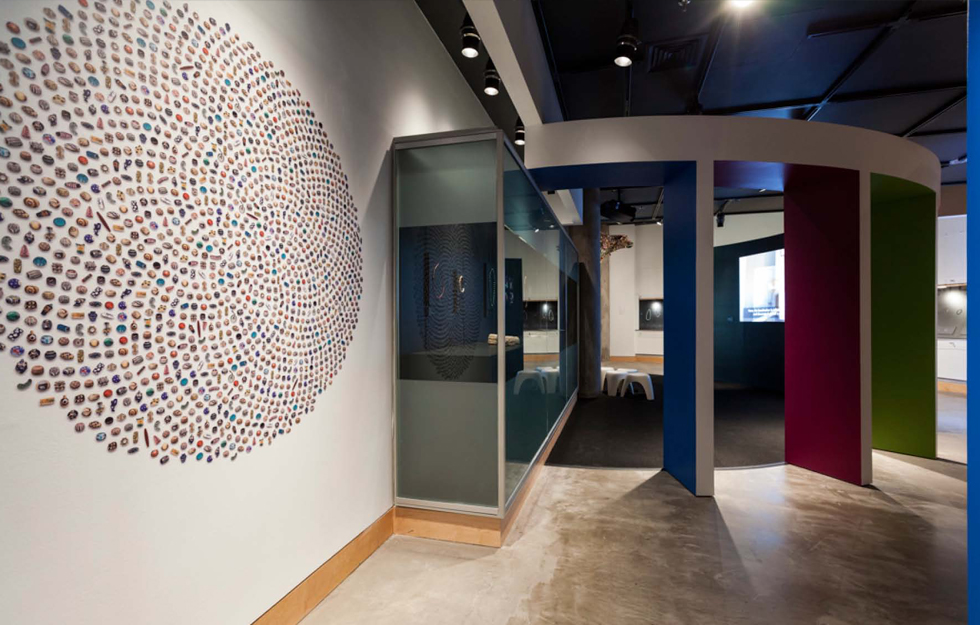 This image is based on several aspects of life and nature, since life was also theme of the exhibition. Stefan tells us his inspiration came from the Fibonacci circle, the golden ratio, Leonardo da Vinci’s ratios of the body, but also from nature, where this figure can often be found, for example in sunflowers.

In 1996, Stefan moved to New York City and started working for different design studios throughout the city. He discovered graphic design was not his only interest, and transformed slowly into a photographer and later on, a surface designer.

“When the iPhone made its entrance, a lot of stuff changed for me. All of a sudden, I had this instant camera on me, and I really started to discover my passion for photography. At one point I started a project which was called ‘My Daily Poetry Fix’. Every day, I made pictures with my iPhone which resulted in over 1200 pictures in less than a year. In the end, it was amazing to see all these pictures brought together and capturing my year in a very interesting way.”

Stefan did some exhibitions with the work he made as a photographer, but felt like, with all due respect, doing something more than just a picture on the wall. This is where his designer mindset took over and he thought; ‘What more can I do with this wall, maybe the whole wall has to be a picture…’

The first wall installation Stefan produced was part of a project called ‘NY Trash’ created for one of the BOFFO Show Houses. The theme of the apartment for which Stefan made this installation, was ‘Future’. This project was inspired by the distressed, faded decay that is around us every day. Stefan wanted to capture the ordinary items and objects that we bring into our daily lives and homes after they have been thrown away. It is both a reflection on mass production and the limitations of time, as well as a call to action. Two of the ‘NY Trash’ panels are now part of the permanent collection at the Brooklyn Museum. 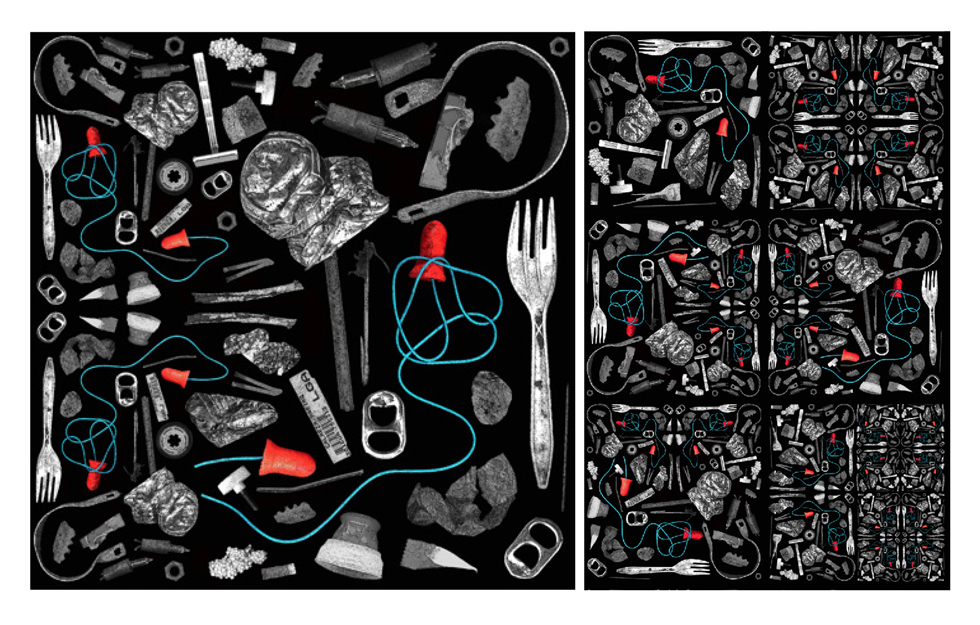 At this point in his career, Stefan has 4 collections of wallpapers to his name. As said before, all four collections are now on sale at Holly Hunt in Texas, where Stefan recently trained the staff, because with a ‘Stefan Hengst Wall Covering’ comes a story, naturally. The collections are named ‘Andaluz’, ‘Shining Armor’, ‘Boregaard’ and the most recent one ‘7F’. ‘7F’ refers to the collaboration with Erin Sullivan, with who he shares his workspace: studio 7F. ‘Andaluz’ is based on the Moorish architecture that you can find in Andalusia, in the south of Spain. Stefan was really intrigued by it, because this architecture has been around for so many years, and is still so relevant.

‘What I really like about it and think is beautiful, is when things start eroding or fall apart a little bit, and somehow you can see how time is part of it. In our environment these days, everything is so new and therefore doesn’t have a lot of history. What I’m trying to do is capture the history and the aging process. And then, bring this slightly different, into someone’s environment.’

‘Shining Armor’ is wall paper based on the armors of knights. Most of Stefan’s wallpapers are printed on a high end commercial grade metallic mylar, which gives them a little more depth and make them change with any movement of light. Almost as if you are looking at the real material, instead of a print. The ‘Boregaard’ collection was Stefan’s first wall covering collaboration with jewelry designer Pedro Boregaard, who designed jewelry for, among others, Tiffany’s. Stefan’s new collection, ‘Deuxième État (second Estate), refers to the nobility in France around the time of Louis XVI (1770-80). It zooms literally in on the handcrafted visual / decorative arts, available at that time to only a few. Parts were digitally deconstructed and reinterpreted to create five new designs. The collection will be available in May 2016. 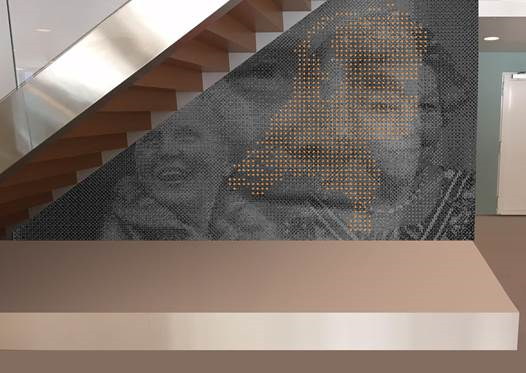 Stefan’s most recent project is one for the office of The Consulate General of the Kingdom of the Netherlands in New York. “I based this installation on the last three generations of Dutch Royals I’m familiar with. Blended together into one image overlaid with the shape of Holland, created out of symbols highlighting typical Dutch values and themes. The symbols are printed in orange, our royal Dutch color.”

Stefan’s goal is not only to make an environment ‘more beautiful’. “I like it when people can dream a little bit about other places. I hope my art can take people out of their little box, most of the time the place they live in, and bring them someplace else, even if this is just in their mind. This other place might open some new thoughts and ideas and maybe even give them a new worldview.” If you want to take yourself out of your little box, visit www.stefanhengst.com and let his work take you someplace else.