We sat down with Pieter van Huystee, director of "Hieronymus Bosch: Touched By the Devil."

For the remainder of August, the Dutch documentary “Hieronymus Bosch: Touched By the Devil” by Pieter van Huystee will be screened in New York, Kansas, Los Angeles and Cleveland.

The documentary follows a team of art historians who try to reveal the mystery of the 25 remaining paintings of Hieronymus Bosch. In preparation for a special exhibition at the Noordbrabants Museum in Den Bosch, the experts flew around the world to determine the works’ authenticity. While hoping for some new insights, the team was also trying to get as many paintings as possible to the Dutch Master’s hometown.

With no images of his face left behind, the best way to get clues on Hieronymus Bosch’ persona is his work. Like the origins of his paintings, the documentation of Bosch’ life has become a continuously evolving canvas of assumptions, and little vastly confirmed truths.

The question of Bosch’ identity is legitimate, and an important objective to the film. In our conversation, director Pieter van Huystee refers to the Dutch Master as “Jeroen,” which is assumed to be the artist’s nickname. Although it is common practice in the Netherlands to refer to Bosch like this, van Huystee almost seems to be addressing an old friend.

Van Huystee first came across the Hieronymus Bosch project in the newspaper. “When I was twenty, I started using the paper for inspiration in the morning. I would cut out some of the articles, and see if it might lead to something.” These days, van Huystee has access to a team of researchers at his producing company Pieter van Huystee Film & TV. “But after forty years, I am still doing the same thing – carrying a small set of scissors with me, cutting out interesting articles during my morning coffee and bringing them with me to the office.”

As a producer, van Huystee was looking for the perfect director to execute the idea. “I noticed I was very involved with the project from the start. It was a dark, rainy period, and I spend a lot of time in the library, reading about Bosch. My fascination with his work and persona increased, and it didn’t stop. So when I asked a colleague for advice on who he thought should make this film, he responded: ‘I think you should just do it yourself.’ With ‘Touched By the Devil,’ van Huystee sat in the director’s chair for the first time. “After all these years of standing by my directors, I decided to give myself a little present.” 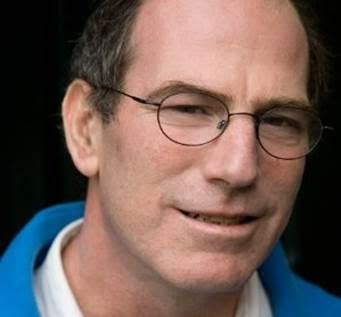 Van Huystee followed the team of researchers from Venice to Kansas City, getting a behind-the-scenes look into some of the most prestigious museums in the world. The group was very surprised that all the institutions – except for the Metropolitan Museum of Art in New York – allowed van Huystee to tag along. “Matthijs Ilsink, who became the main character of the film, told me: ‘You know what it is about you, Pieter? They all have the tendency to underestimate you.’” And it’s true: most museums assumed I was some sort of helping hand, and that the film was not going to be that big.”

Van Huystee immediately felt most drawn to Matthijs Ilsink; the team’s so-called captain. “When there’s something at stake, it makes a character more interesting. Matthijs had to make the decisions, and I wanted the viewer to live through that with him.” Van Huystee was also intrigued by Ilsink’s theory that Bosch depicts himself as an owl in his paintings: a symbol of wisdom, as well as evil. “Especially because there is no [original, red.] image of Jeroen Bosch, we can only guess what he mig ht have looked like. With Matthijs as a main character, I could give Bosch a face and bring him to life. The perceptive viewer will notice owls popping up along the way, and make the connection.”

To van Huystee, it was an amazing experience: coming up close with so many of Bosch’ paintings. While the crew recorded at ten museums all over the world, he also became increasingly interested in the museum politics. “At first I thought of it as a ‘cheap’ subject: whether a work was a real Bosch or not. However, I quickly noticed how important this question was to these institutions. For example, when there was some uncertainty about a painting’s authenticity at the Prado Museum in Madrid, one of their employees simply stated ‘it’s a matter of looking at a painting in the right way, and the Dutch are unable to do so.’ You really notice art historians are passionate people, and that it’s their museum’s showpiece we are talking about. It’s an emotional business.”

Despite the heat of these moments of conflict, the Dutch team also managed to spread some major art historic joy, as they discovered a “brand-new” Bosch in the Nelson-Atkins Museum in Kansas City.

As a director, van Huystee had to get used to a more aggressive approach. “I believe that as a director, you can only execute your work correctly if you don’t care about what people might think. You have to ask all the difficult questions and be bold about your approach. However, sometimes that proved to be difficult, as I can be a bit shy as well. In that way, I really have a two-sided character.”

Most importantly, the film put the spotlight on the paintings, with beautiful close-ups of Bosch’s little demons, angels, and other mystical creatures. To shoot all those details, van Huystee was constantly trying to get a bit of alone time with the works. “It’s like a comic book: you move from image tot image, so you can puzzle them together in the end. When the whole group went to lunch, I told my cameraman he couldn’t, and I would try to persuade security to allow us to stay in the room.” Once they left them completely alone, without any guards, which immediately resulted in van Huystee picking up the painting and filming it from all different angles. “And that’s the reason why they usually don’t allow it – but like I said, you have to be bold if that is what it takes to make a great film.”

Wherever the researchers were working on a painting, the whole museum stopped by for some small talk. “Then the diplomacy starts. They are all professionals, exchanging their knowledge, as well as the latest gossip of the art world.” Van Huystee had agreed with the researchers that he would give them their space, and promised not interrupt their work. There were no do-overs. However, everyone was wearing a microphone, which made it possible for van Huystee to tune in from a distance. “Sometimes I would just turn my back towards the process and listen. If I picked up on a conversation, I would signal the cameraman: ‘pay attention, this is interesting.’ The two of us developed some sort of code.”

In Venice, this approach led to one of the most revealing moments of the film. “In Italy, the museums are poorly maintained. You immediately notice there is very little money available, which creates a very different atmosphere. When Matthijs and the director of the museum are discussing a possible loan for the exhibition in Den Bosch, they go over the poor condition of the painting. The director says: ‘I cannot possibly allow it to be on display like this.’ And then the Dutch say: ‘Well, what if we pay for the restauration?’ And then, suddenly everything is possible again. That’s how it works.”

When the Prado Museum gets involved, the film dives even deeper into the labyrinth of museum politics. They find out about the Dutch-Italian deal, and decide to give the research team a call. “’We heard the Italian paintings were given to you, and we know you want ‘The Hay Wain.’ If we loan you that one, can we have one of the Italian paintings in return?’”

As it turns out, it is an ongoing game of quartet. It takes as much political bartering, as it takes curational effort to put an exhibition together. According to van Huystee, it’s the fine line between art historic content and institutional intrigues that makes his documentary compelling. While getting to know Hieronymus Bosch better, you discover how a ‘Bosch’ is not merely an exceptional art piece; it also serves as cargo and leverage for all the different players in the art world.

Eager to discover more about Bosch’ paintings yourself? The Noord-Brabants Museum also created an interactive website, where you can explore “The Garden of Delight” in an audiovisual journey.

Pieter van Huystee (born in 1956) started as a photographer for illustrated magazines. After working at a public broadcasting company he became creative director of IDTV. In 1995 Pieter van Huystee started his own production company. Since then he has produced documentaries, feature films and single plays with well-known Dutch directors like Johan van der Keuken.