'A Girl In The Dark' by Marion Pauw is published in the US.

Gaining ground in the USA as a foreign author isn’t quite an easy task. Only 3% of the books published in the US is originally a foreign text. Dutch author and screenwriter Marion Pauw managed to do so, and not only has her novel ‘Girl in the Dark’ been published here, the film rights have been sold as well. Reason enough for us to sit down with Marion and ask her all about the book, why writing is so much fun -or why not-, and how she gives expression to her creativity.

Marion was born in Tasmania, Australia, and moved to the Netherlands when she was six years old. Her parents took her to the city of Leeuwarden, in the upper North of the Netherlands. Marion told us about the struggles that came along with this relocation: “When I moved to Leeuwarden, it wasn’t only important for me to learn the language. I had to learn how to ‘fit in’ in a totally different culture. In Tasmania everybody was extremely mild and nice to each other, almost a little bit old-fashioned… Therefore, I was shocked when I moved to Leeuwarden: it was a whole other story.” Leeuwarden wasn’t so easy to fit into when you don’t speak the language, but Marion found a way. She started observing people and tried to copy the smallest details in their behavior. In the end, she says, this might be the period in her life where she developed writing skills. “Writing is not so different from observing people’s behavior and putting it down on paper.”

For her new novel, ‘Girl in the Dark’, Marion used her observation skills to write a book full of suspense and heart-wrenching family drama. At the center of the narrative is a brother-sister pair who are unaware of one another’s existence for decades, until they are united by a gruesome murder case. Iris is a successful lawyer and single mother, juggling a son with behavioral issues and a crushing workload. By complete chance, she discovers the existence of her brother, Ray Boelens, who is autistic and in prison for brutally murdering his neighbor and her young daughter. 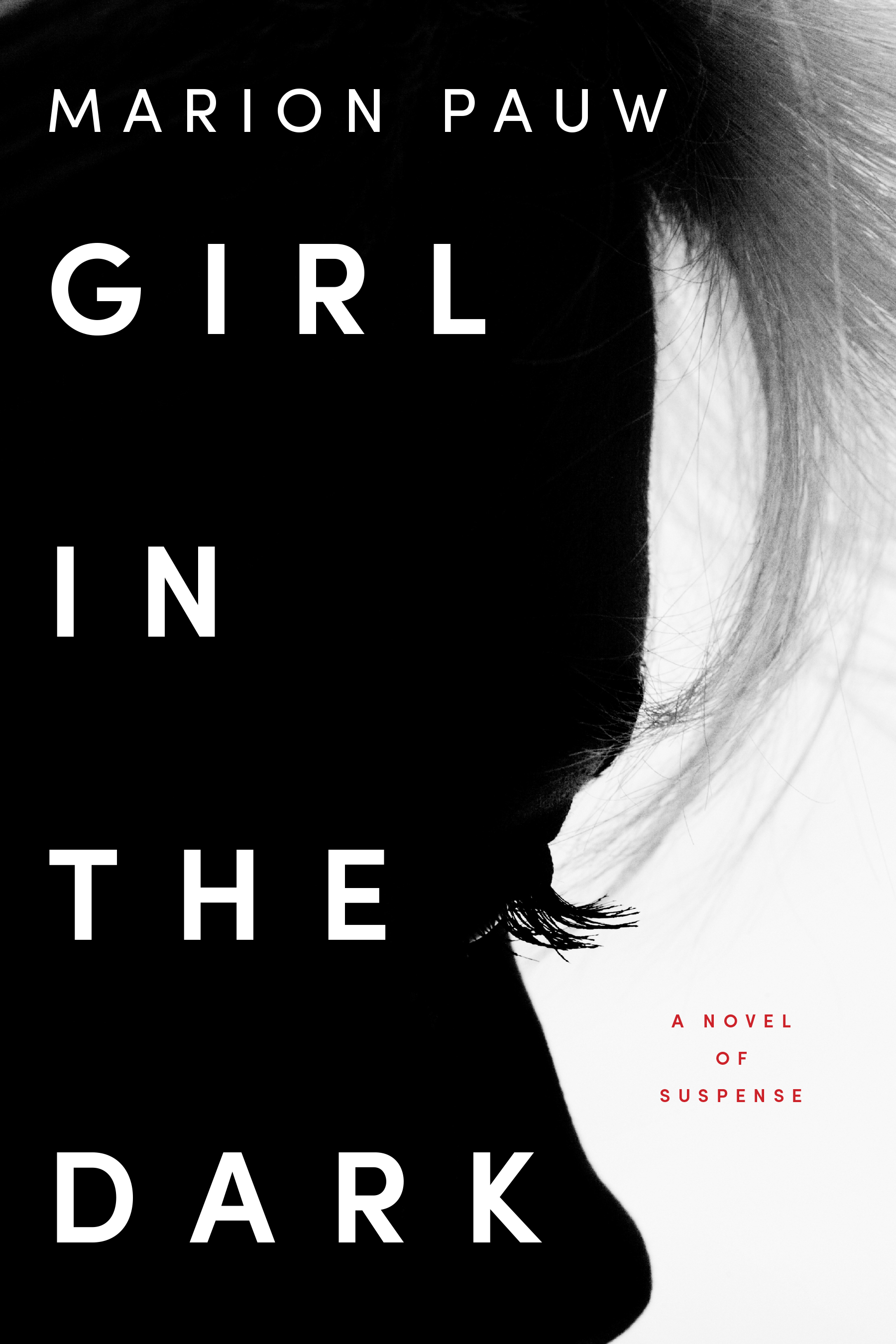 Marion told us about how she got inspired to write this book: “One of my close friends works in a special type of prison for mentally unstable criminals in the Netherlands, and this kind of prison fascinated me. When you’re locked up in this type of prison, you’ll never know if you’re ever going to get out. It’s the psychiatrist who says if you can stay or go, an awfully dependent situation.” Marion thought more and more about how horrible it must be to be in this kind of prison, and even worse: to be locked up while innocent. She even visited a prison for mentally unstable criminals, which wasn’t a really ‘fun experience’. “The atmosphere was really depressing and blue, and the worst part is that you’re questioning every person in your head: what did he do to end up here?”

We wondered how far Marion goes with exploring before she starts the writing process. “Research is very important, and fun! The reason I put so much effort into research is because you want the things you write to be right. But it doesn’t have to be as exact as reality, as long as it ‘could have happened’, it’s credible and therefore ok. Besides that, I discover so many cool things when I’m doing research! For example, for this book I went to a French bakery because the main character (Ray Boelens) in ‘Girl in the Dark’ is a baker. This craftsman told me about ‘La Souche’, the mother dough, which is used as a base for every single item in the bakery. You can even recognize the bakery by this mother dough, it’s signature for them. I went crazy when I heard this story, I could have never come up with this myself. Those gifts only come to you while doing research, so it’s a very important part of the writing process.”

Some parts of the writing process aren’t as fun as doing research and receiving beautiful gifts like the story of ‘La Souche’. For Marion, sitting behind her computer for hours and hours is a real punishment. It hurts her joints and back, and also the ability to concentrate isn’t inexhaustible. Over time, she found out exactly how to pamper herself a little bit to get into the right flow for writing. “I love to go someplace far away, where nobody can interrupt me while writing. For example, I’ve been in New York for a while, which was awesome and made me so productive! It’s a cliché, but this city’s energy….! It’s so inspiring. But actually every place with good facilities like a gym or yoga studio and healthy food will make me happy and ready to write.”

Marion Pauw is an author and screenwriter. Her novel ‘Daylight’ (aka ‘Girl in the Dark’) won the Golden Noose Award in the Netherlands and has sold more than 200,000 copies in Europe. “Girl in the Dark” is her US debut. Do you want to know more about this Dutch author? Check out her website and follow her on social media.