Joosje Duk is a Dutch filmmaker, actress and recent NYU Graduate who moved from The Hague to New York when she was only 17 years old. Her thesis project, the short film NIGHT, has screened at film festivals in Nashville, New York, Chicago, Connecticut, Florida, Boston, and the Netherlands. During the Nitehawk Shorts Festival in Brooklyn, Joosje won the Huffington Post Arts Impact Award for NIGHT, which focuses on the topic of micro–aggressions, subtle forms of racism that are easily overlooked. 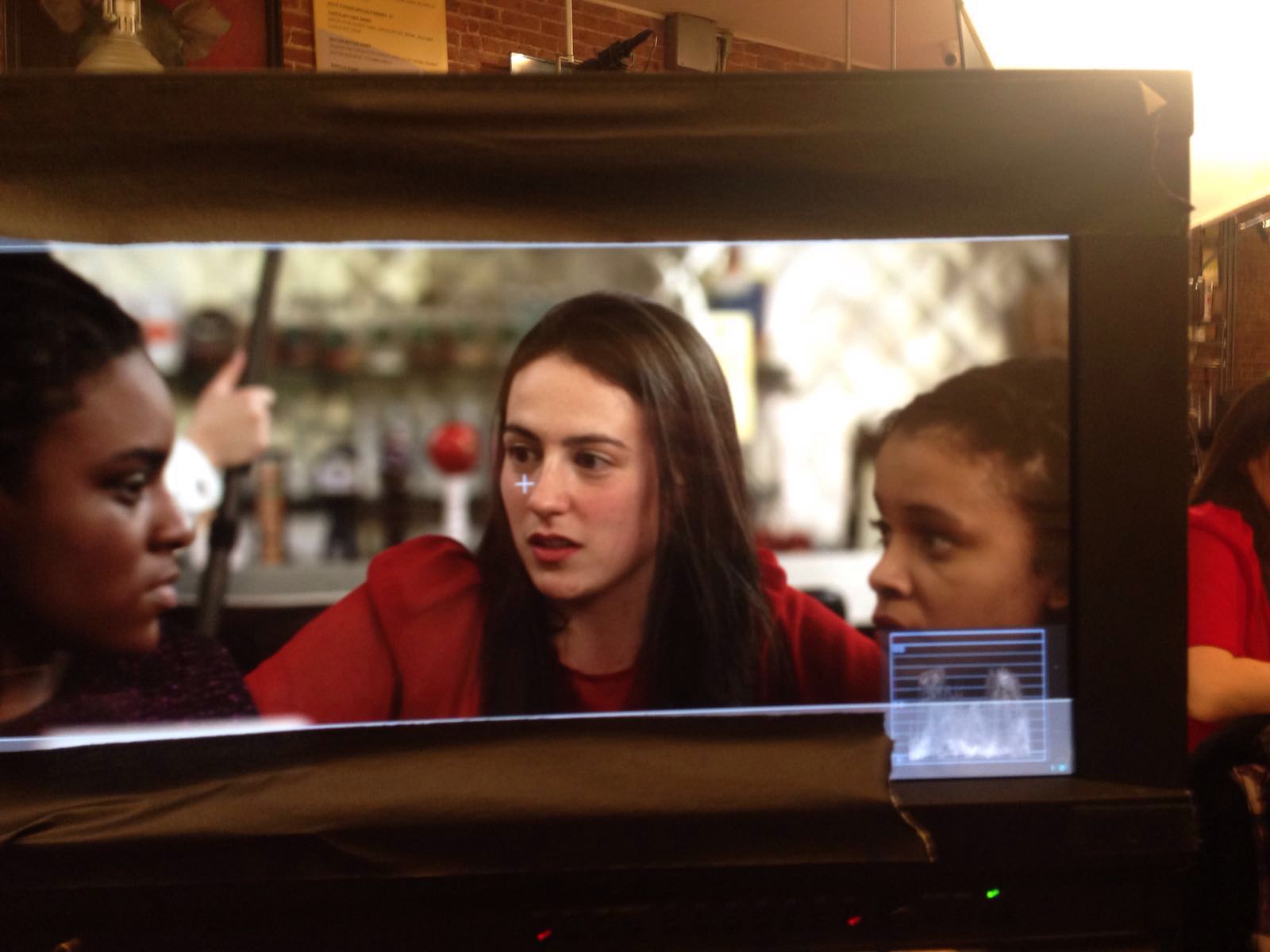 Dutch Culture USA got a chance to sit down with the energetic and inspiring filmmaker, to ask her several questions about the success of NIGHT, another very exciting project and future aspirations.

NIGHT is Joosje’s graduation film as part of her 4-year degree program at NYU. The idea is loosely based on an encounter Joosje witnessed while she was in France. When waiting outside a nightclub, Joosje saw how a group of young men was denied entrance because of their ethnicity. This event recalled all sorts of questions and with that, she felt a weird sort of shame and guilt; should she have stood up? Or would that have made the boys even more uncomfortable? The idea of a film did not immediately come to mind, but the experience of micro–aggressions she later witnessed in New York and the questions evoked by these experiences, proved to be a good start for a film.

NIGHT is about a group of girls who are preparing for a night out in New York; two of them are white, one of whom came over from Surinam, and two of them are women of color. Outside the nightclub, the two white women get denied entrance by a black bouncer, until one of the two black women gives the bouncer money. Later that night, when the girls leave the club to eat some food, they recount the events, and at that moment there is a twist in the plot. Because Joosje does not want to spoil too much, we advise watching the short before reading further.

In the beginning, there was no switch, but Joosje says that it felt too preachy. When people read the script, they said to her “well, I wouldn’t behave that way,“ but now the switch forces people to think about their own prejudices. The switch really activates the viewer.

On the question if the arts are a powerful way to tell the story of racism she says: yes, there might be more people who want to see a movie and have fun than people who would say yes to having a conversation about racism and discrimination, so through film you can mislead an audience and let them have that conversation even when they go to the movies just to have fun. Film is an effective medium, and through journalism and film, Joosje can touch on more severe topics. As an artist, you can add something to the discussion in a creative, original way.

What is it that Joosje brings to the table as a Dutch filmmaker? She thinks it is her outsider’s perspective. The subtle racism really caught her eye, while it might feel common for someone who grew up here. Then there is the Surinam girl: Joosje really wanted to incorporate someone from outside the United States into the script and it allowed her to add Dutch language references in NIGHT, which would not have happened otherwise.

Up next is a feature film called SUNSHOWERS. She has been working on it for a long time and just finished her rough draft and is now developing and creating a lookbook. SUNSHOWERS will be a colorful story about a town where it always rains. Umbrellas are very important in this town; all designs need to be super happy, colorful and bright. A girl, who suffers from depression, gets the chance to design a new umbrella, but when she starts losing her ability to see color, she has mixed feelings. Should she design a colorful umbrella as expected, or should she express the darkness she feels inside of her? SUNSHOWERS will be Joosje’s first feature film and we cannot wait to find out how it will turn out.