We recently sat down with Jett Rebel –the alter ego of Jelte Tuinstra- a 24-year-old multi-instrumental musician from the Netherlands, at one of his Live In Your Living Room NYC Festival 2015 concerts. He was visiting New York to play over 10 gigs in a row in living rooms and other small, but cosy venues, varying from a hotel lobby to a design showroom. Quite something different for him, if you consider Jett’s fame in the Netherlands has spread tremendously after he became 3FM’s Serious Talent in 2014. He played at the biggest festivals throughout the Netherlands, such as Lowlands Festival and Pinkpop.

In November 2014 the documentary ‘Who the Fuck is Jett Rebel’ was released, in which you can see that becoming famous, and all the attention that comes with that, is not just fun and rock ‘n roll for Jett. In this documentary you see him struggle with his identity on stage and with the insecurity he sometimes experiences in ‘normal’ life. At the end of 2014 Jett released his first album ‘Hits For Kids’, on which literally every sound is played by Jett, from drums to bass and even the flute and saxophone. Recently he released his first live album which is called ‘Tight Like A Baby Tiger’, recorded in Paradiso, one of Amsterdam’s most famous music venues. Reason enough for us to prepare some questions and figure out who this ‘Rebel’ is! 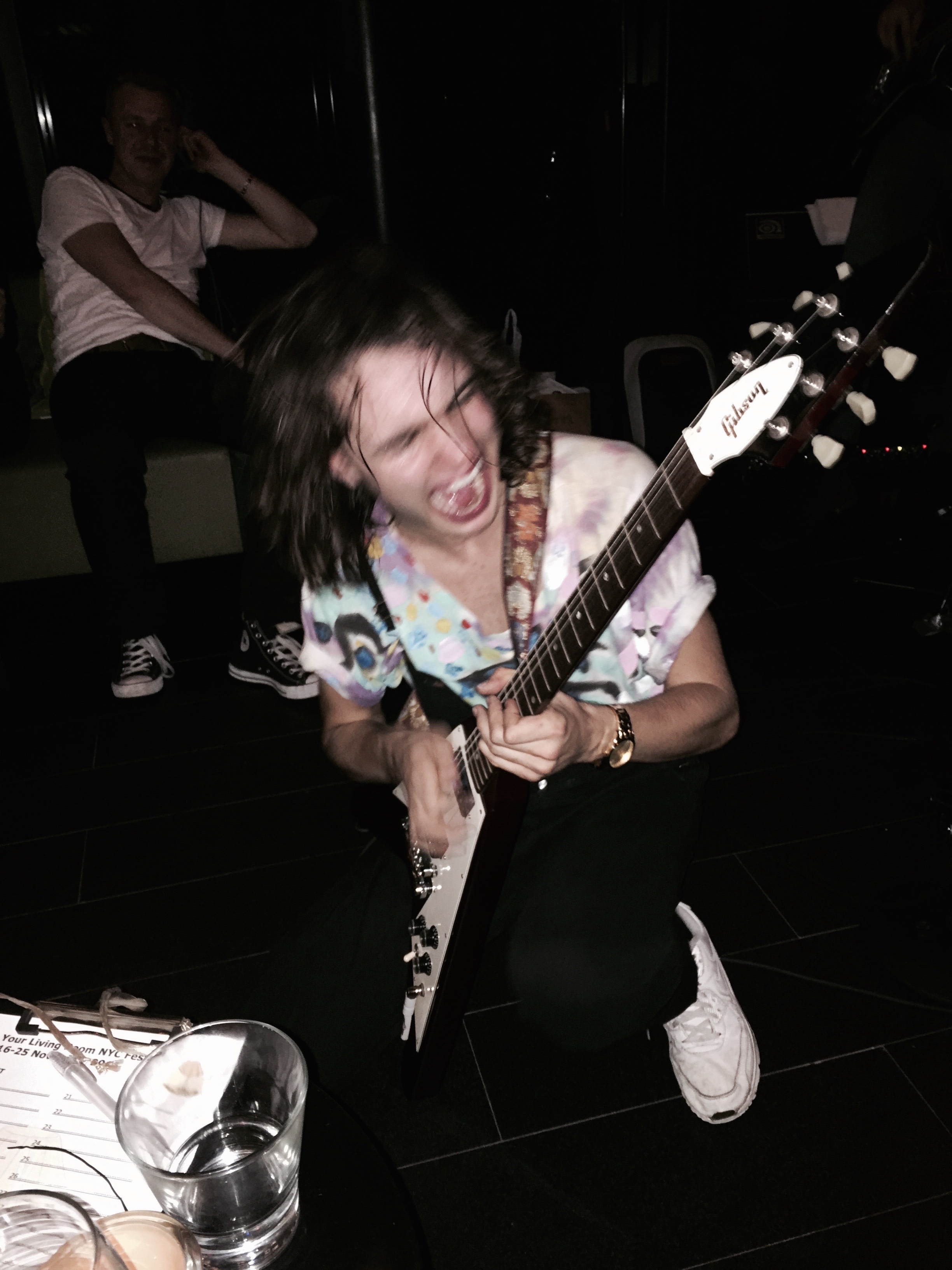 When we meet Jelte he is at the show’s sound check with his band, which consists of Xander Vrienten on bass and Kees Schaper on drums, in Design Studio MOOOI. He’s playing guitar and dancing in the middle of Dutch design, in an uncommon but certainly cool venue for a band to play. When we sit down with him, we ask him what it’s like to be in New York for the first time. “I like it! It’s very overwhelming, there are so many things I’m seeing for the first time… But overwhelming in a good way, I think it’s very cool. I also enjoy the fact that I’m still pretty unknown here, and everybody treats me like everyone else. Yesterday, for example, we were sitting at Katz Delicatessen –the deli that is known for Meg Ryan’s famous fake orgasm scene in ‘where Harry met Sally’- and they just tossed the food on the table together with some cutlery. No special treatment like I get back home most of the time, but just the normal way. A nice side effect of being abroad for a while!”

We are wondering if he gets recognized in Holland all the time, and if he does anything to be ‘undercover’ when he goes out on the streets. “It’s kind of the way I dress and act, to be honest.” Jett is wearing a light green hat, fur jacket and a colorful shirt, his nails are painted and he’s wearing earrings. “When I dress up like this for example, I’m pretty screwed. A lot of people recognize me then. As for the rest, in my everyday life I can still do what I want without any problems. For example, I really like to go to the supermarket and stroll around for hours to check out all the cans, bottles and packages. Just me and my backpack. I think people just don’t expect to walk into me in those situations, and therefore don’t recognize me.” A double treat for Jelte here in New York, where the supermarkets are so much bigger than in the Netherlands and he can dress up like Jett and still enjoy anonymity! As we said, he brought his band and sound engineer with him, but maybe the most important; a tour manager. Jelte explains why it’s so important to have someone to steer everything in the right direction. “We do a lot of things together, but when it comes down to organizing, Melvin –our tour manager- is the man. It’s just so hard for musicians to get organized. Once we’re on stage the responsibility is on me and I’ll make sure the show rocks, but if you would let us organize everything, nothing would get done on time.” 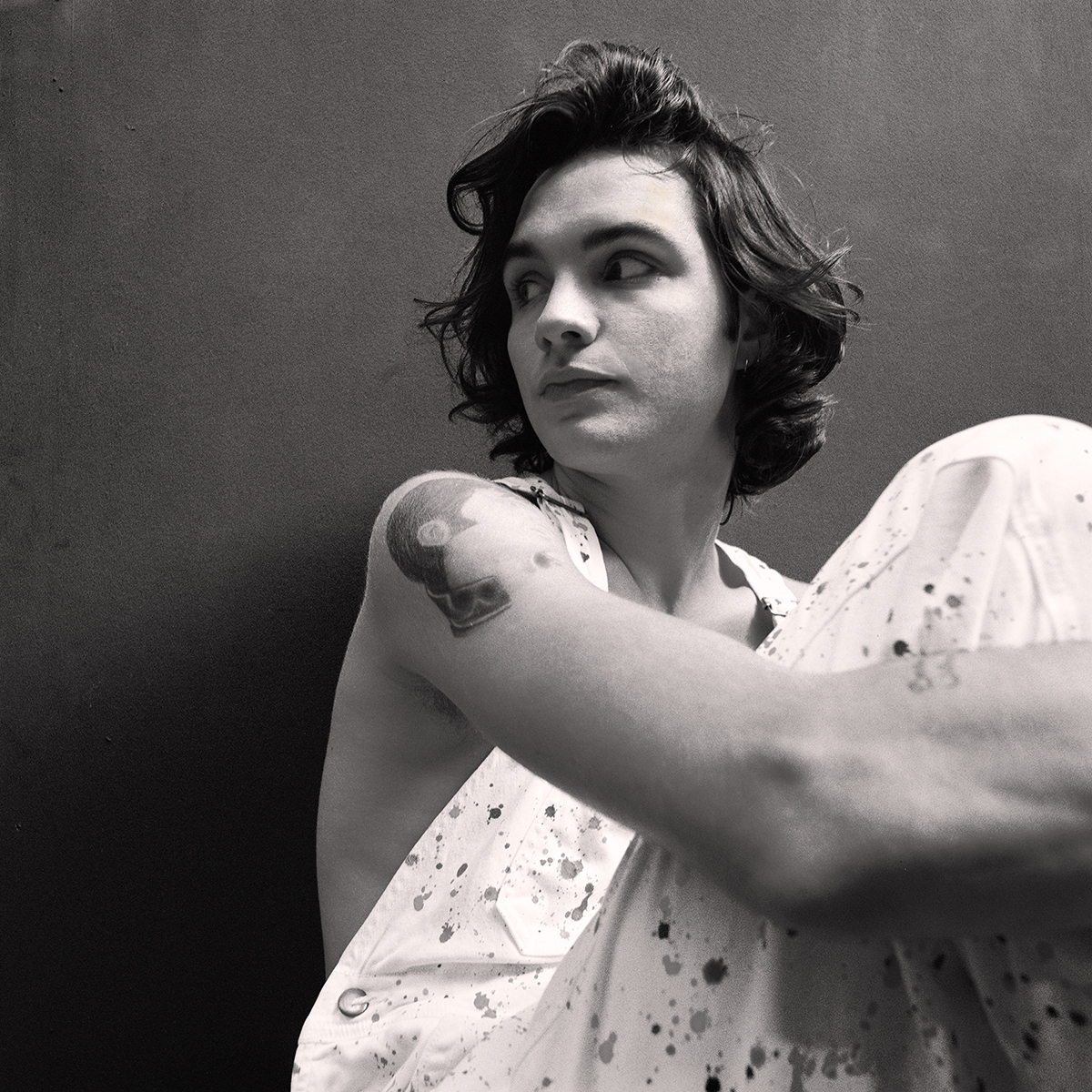 As we mentioned before, the venues where Jett played during Live In Your Living Room NY these days are pretty unordinary. We are wondering where Jelte would like to play in New York, if he could choose. “Yesterday we visited ‘Baby’s All Right, in Williamsburg, Brooklyn. It would be awesome to play there, the music was super and the crowd –the place was packed- was all sweaty and going crazy for the band, pretty rock ‘n roll! And of course, It would be absolutely awesome to do a show at Madison Square Garden.. But that’s the dream of every musician, isn’t it?”

We are wondering what it’s like to walk around in a city as New York for a creative mind like Jelte, since there are so many impressions and music on every corner of the street. Does the city inspire you? “Definitely. We are playing with a different support act every night, so that’s a bunch of cool and inspiring people to meet. And then there’s just walking around in New York City that inspires me, for example all the people I recognize from YouTube video’s and now run into on the subway. I started as a street musician myself, so my interest always goes out to that when I see it. Xander, Kees and I are only playing together for a few months now, so there is also a lot to discover there. We are just playing all day long, making as much music as we can, doing the thing we love the most.”

And that’s what Jett Rebel did that night. If you’re interested in experiencing Jett Rebel’s performances during Live In Your Living Room Festival yourself, watch HERE.