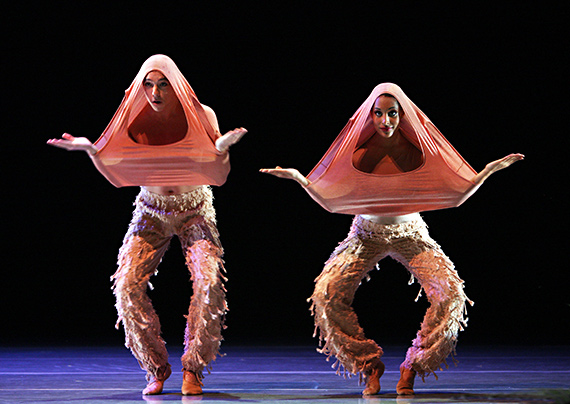 Dutch company Introdans from Arnhem, Netherlands, will debut in the Worthham Theater Center in Houston during Dance Salad’s 20th anniversary Festival. The very exquisite and lively choreography Trompe l’Oeil choreographed by Jiri Kylian will be performed from April 2-4. The performance is set to music by Claudio Monteverdi Ouverture from: Orfeo, Steve Reich’s Clapping Music, Johann Sebastian Bach’s Sarabande from the Partita in d-minor, Zap Mama’s A song, Pjotr Tchaikovsky’s The Swanlake and Opus 20, Thomas Morley’s Madrigal.

“As things have diverse qualities and the soul has diverse tendencies, nothing which concerns our soul is easy. So the behavior of the soul towards objects is equally complex. That is why we can laugh and cry about the very same thing. Theatre – the eternal seducer, luring us into believing our own fantasies. Theatre – the ultimate Trompe l’oeil….”Jiří Kylián. Trompe l’oeil in French means -deceives the eye.

The name of Jiří Kylián (Prague, 1947) is inseparably linked to the Nederlands Dans Theater, where he held the post of artistic director for almost 25 years and took the company to major international success. It was in 1973, as a guest choreographer, that he made his first creation for the group in The Hague: Viewers. By now he has notched up 75 choreographies for the Nederlands Dans Theater, as well as some twenty works for other companies. Kylián’s oeuvre can be divided into various periods of style. He became world famous in the 1970s and 1980s with his neoclassical choreographies with folkloric motifs, strongly emotional atmospheres and plenty of virtuoso and supple partner work. In the 1990s his vocabulary became more unpredictable and even capricious, often featuring dark emotions and a sense of unease. Gradually his dance idiom became more sober – with influences of Japanese and minimalistic aesthetics – but no less complex. In Kylián’s work, each movement seems to arise from an inner emotion, and each detail, no matter how lightning-fast and transient, bears witness to a restrained tension and complete control.

Introdans, one of the three biggest dance companies in the Netherlands, was founded by Hans Focking and Ton Wiggers in 1971. A flourishing company with over 70 employees and a tightly-knit ensemble, Introdans is aknowledged as the city of Arnhem’s flagship company. Since 2009 Introdans has been designated part of the basic national infrastructure

Born in Rotterdam, Holland, Nils Christe choreographed his first ballet at age 25 for Nederlands Dans Theater (NDT). He went on to create 12 works for NDT before his departure in 1982, including Quartet 1, which won first prize at the Choreographic Competition in Cologne in 1979. From September 1986 to January 1993, Nils was the Artistic Director of Scapino Ballet Rotterdam. He created seven new works, including his first and very successful story ballet, Pulcinello. Nils’s extensive body of new work now encompasses over 80 ballets. As a freelance choreographer, he has worked with 64 dance companies in 24 countries around the world. 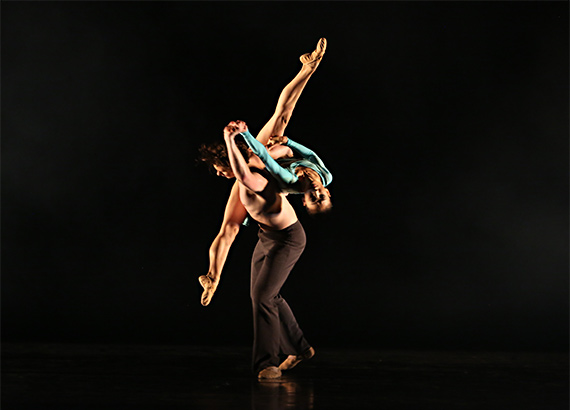