From January 20 until March 31, Ornamentum presents an exhibition of object and art by Iris Eichenberg at its Hudson, NY gallery.

From January 20 until March 31, Ornamentum presents an exhibition of object and art by Iris Eichenberg at its Hudson, NY gallery. 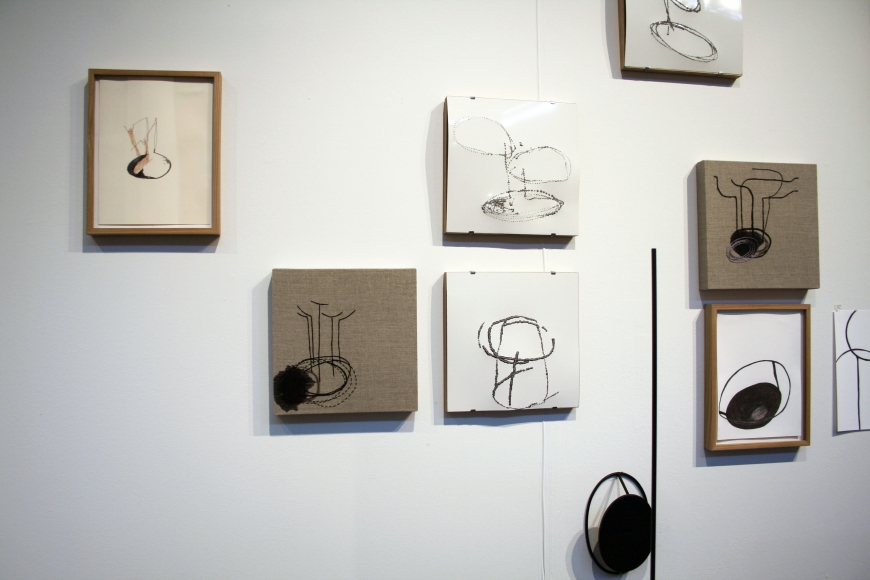 The objects, drawings, mirrors, and embroidery constituting the series “Real” defy any form of hierarchy. They loop into and mirror one another and themselves, questioning the reality of objects as such. Moreover, all the elements of the installation are empty, offering rather than occupying space. As such, they evoke a sense of sheer presence rather than representing anything else. At the same time, the very absence of the portrait and the different tactile and visual qualities of the craft media materialize more than an image.

With “Real,” Iris Eichenberg has created a series of work that plays off mantelpiece objects and the portraits arranged on the wall behind them. She expands this landscape, enveloping us in it. The objects serve to elicit experiences. It is as if we have double vision—is it a single thing we are looking at or a multitude? a portrait of an individual or of a totality? a drawing or an object? The dizziness blurs our understanding. The perceptual experience forces us to ask what is real and what is not: what is an object, a person, a frame, a space? What moves and what is motionless? What makes space and what takes up space? What defines us and how do we define ourselves? 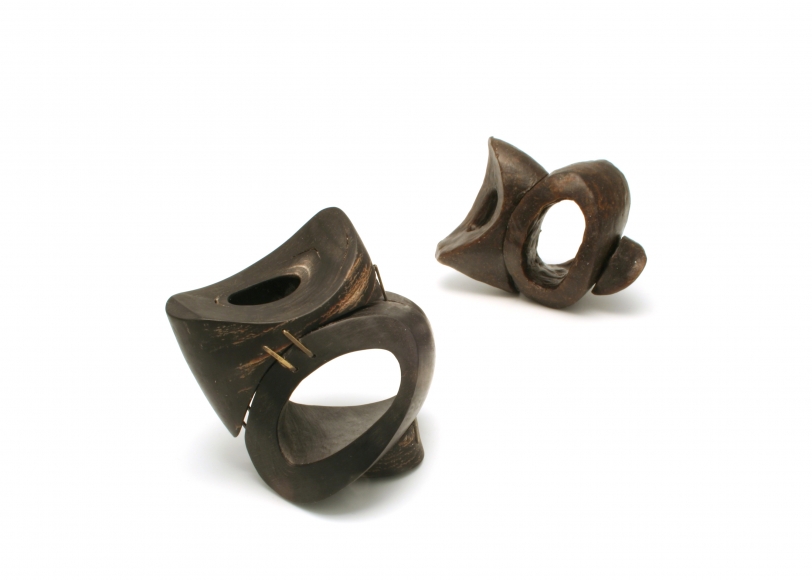 Founded in 2002, Ornamentum Gallery exhibits a dynamic collection of contemporary jewelry as well as related objects and artworks. Ornamentum hosts numerous exhibitions yearly in one of the world’s largest gallery spaces dedicated specifically to contemporary jewelry / artworks where featured designers/artists often display their work in conceptual installations.  Co-directors Laura Lapachin and Stefan Friedemann founded the gallery after themselves being educated as jewelers / designers in the USA and Germany, these experiences put to work in the gallery setting have earned them international acclaim as impeccable and discerning curators. In addition to the gallery, situated in picturesque Hudson, NY, Ornamentum exhibits regularly at international fairs, and holds the distinction of being the first gallery for jewelry to be accepted as an exhibiting gallery at the prestigious Design Miami fair- sister fair to Art Basel, as well at the Basel, Switzerland venue of the same fair.  Ornamentum can also be visited at the Collective Design Fair in New York.